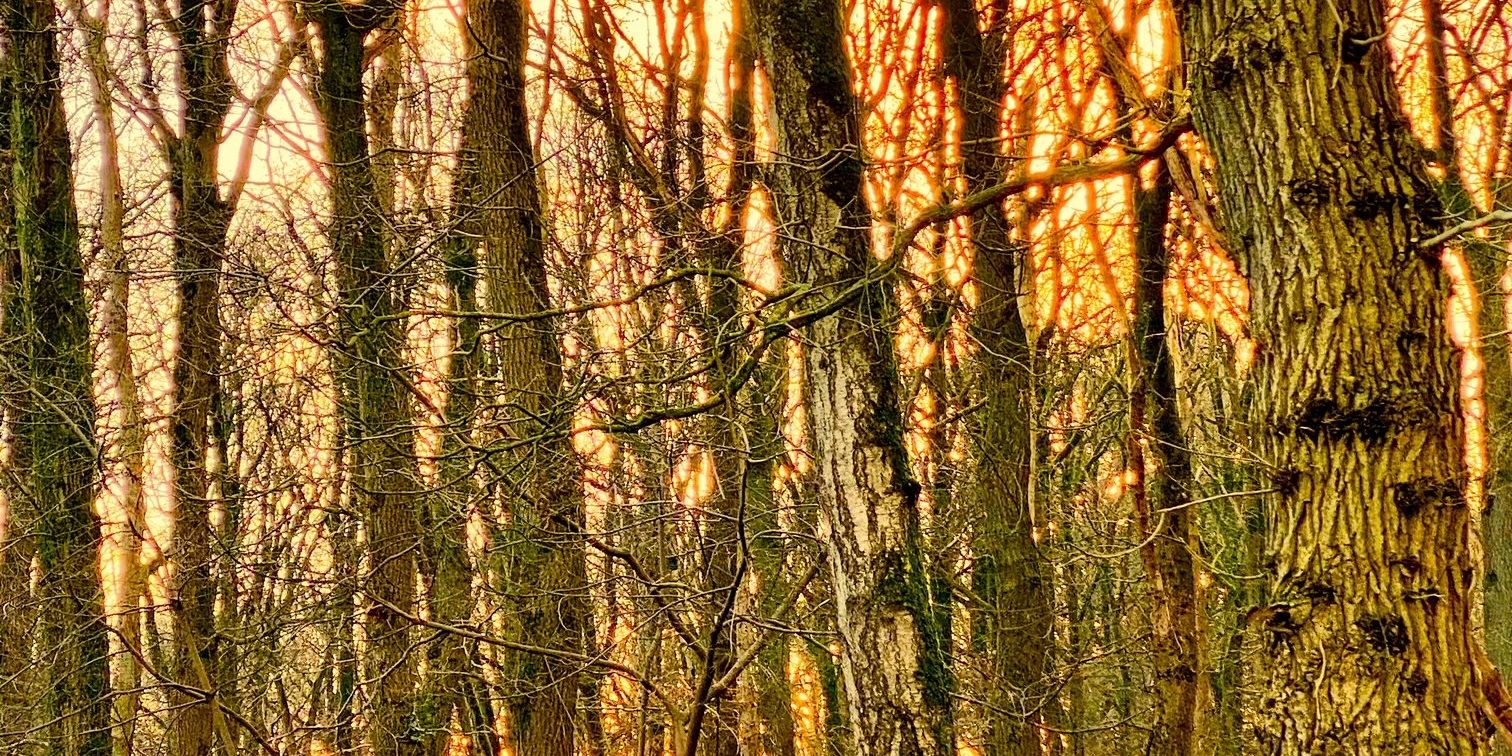 Trees and Technology: Not as Nutty as You’d Think

One of the greatest challenges we have as content creators is trying to encourage our clients to provide visuals for the articles we write. And we understand their struggle; when you’re working in the field of technology – a highly conceptual and abstracted field – how exactly can you sum up those ideas in a neat, visual package?

Resultantly, there’s a heavy tendency to rely on classic ‘tech’ images. Lots of blues and greens, lines and nodes joining soft-focus images of screens together. Triangles and hexagons. A globe or two chucked in for good measure. You know the type of image we’re talking about – and if you don’t, well, just do a Google image search for ‘technology’ and be overwhelmed at the identikit options available.

Aesthetically, very smooth and slick. But there’s something very empty and soulless about them.

And for us at Xpresso, we feel that’s a real shame. Because despite the reputation it sometimes gets, we think that the technology industry is anything but soulless. It’s filled with products and developments that are shaping our world –the beating heart of progress. It’s also filled with people who are driven by passion, creativity and ambition. It’s a dynamic, fascinating industry – marked as much by the relationships between people as the flow of data between nodes.

That’s why we try – when we can – to use images which capture this more dynamic, more human element. And it’s a strategy that works; whenever we’re able to capture images of people – especially when they’re immersed in a moment, then engagement in much higher.

But this month, there’s a new type of imagery that’s caught our attention. Nature.

Nature and technology are often juxtaposed. The latter is seen as the enemy of the former, existing at its expense. Being on a screen and mentally somewhere else is contrasted with being ‘in the moment’ outdoors. Progress is framed as belching factories and the exhaust fumes of cars.

And perhaps once there was some truth to this. But the reality is changing now, as we exist in a world where we are recognizing the ability of technology to not just coexist with, but even compliment nature. And we’ve been discovering more reasons as to why nature is fundamentally compatible with technology – at least on a conceptual level: both are filled with the idea of networking and communication.

It should be no surprise really – we borrow terms from nature all the time in technology; ‘leaf’ or ‘spine’ switches, viruses and worms, ecosystems, ‘root’ folders, the web, the cloud… they all refer to an understanding that nature works in an interconnected way, where information flows between sections to create a process akin to communication.

Indeed, author Peter Wohlleben, a German forester and author, has gone so far as to say that these forms aren’t like communication, they are communication. In his book ‘The Hidden Life of Trees: What They Feel, How They Communicate’, Wohlleben has (somewhat controversially) asserted that trees are ‘alert, social, sophisticated—and even intelligent—‘ in a way that we hadn’t necessarily acknowledged before.

In his review of Wohlleben’s work, Richard Grant, writing in the Smithsonian, says ‘we have generally thought of trees as striving, disconnected loners, competing for water, nutrients and sunlight, with the winners shading out the losers and sucking them dry… but there is now a substantial body of scientific evidence  [which suggests that] forest trees have evolved to live in cooperative, interdependent relationships, maintained by communication and a collective intelligence similar to an insect colony”.

Doesn’t that sound like a description of how communications and network technologies have evolved; from competing to complimentary, forming ever more complex, interconnected systems with an adaptability that is moving towards a kind of intelligence? Wohllenben certainly thinks so, cheerfully starting to refer to his beloved forests as part of the ‘wood-wide web’.

And of course it follows that this tree-like, natural and organic notion of communication does not only apply in a strictly technological, network-based sense, but also in the marketing communications that necessarily surround the industry. Market players that still conceptualize of the industry as binary and artificial resultantly tend to produce marketing communications which follow in that vein – binary and artificial. It tends to a take simplistic view to delivering marketing messages: “Here is my message. I would like Group X to see my message. I will pay and deploy my message directly to Group X. It will be surely be self-evident to them that they should buy my product.” Fair enough – it might secure a sale or two, but its scope is entirely limited.

However, those who understand that technology is really an expansion of organic concepts realise that their communications strategies must echo this also. And here again, we can bring it back to the trees.

Wohlleben identified that trees use multiple devices to communicate, on both a close and far-reaching scale. Thus, whilst electrical impulses might pass directly within trees, pheromones are released to warn of parasites and disease throughout a whole forest. If each tree only engaged in staccato, direct communication with one another, the spread of information would be limited, and potentially soon strangled when it has no more nodes through which to pass. However, by using more analogue, diffuse modes of communication, the trees allow for important messages to spread throughout their entire system. Even parties who aren’t direct targets for the information sometimes receive it (the birds, the bugs, the earth), and in their own way bring this information back round to the parties who most need it, enhancing it with their own messages and understanding.

That’s what we do at Xpresso. We aim to create content that expands, moves, reaches, connects and echoes within a realm that is much bigger than we initially assume. Messages that don’t just pass from branch to branch, but which resonate throughout a whole forest.

In particular, we aim to turn messages into ideas. A specific message about a specific product either resonates, or falls on deaf ears. It’s relevant to the audience, or it isn’t. Binary outcomes. But messages that take the form of an idea or which inspire a thought pass on organically. They move through the directly proximate ‘intended’ audience– but then they do something more; they move outside of that proximate ring – growing and evolving and expanding possibilities.

And every time that message spreads, its strength as an idea increases. The net result is a marketing message that can and does make quick and binary connections, but also resonates throughout the wider market with depth and intention – deepening the reputation and relevance of its initial creator, and often, creating serendipitous links with audiences who were never intended originally, but who turn out to bring surprise and unexpected benefit.

Filling our feed with beauty

So if you see us fill our feed with images of the beautiful countryside that we find ourselves in, or if you find the odd tree accompanying a client article, remember that it’s far more than just a soothing, pretty image. It’s a metaphor for the true nature of communication and networking – both in a technological and marketing sense. It’s an idea from which we draw inspiration.

Thinking about it, we probably need to go and fill up our visual content folders and reconnect with our source of inspiration. So if you need us this week, we’ll be out talking to the trees…