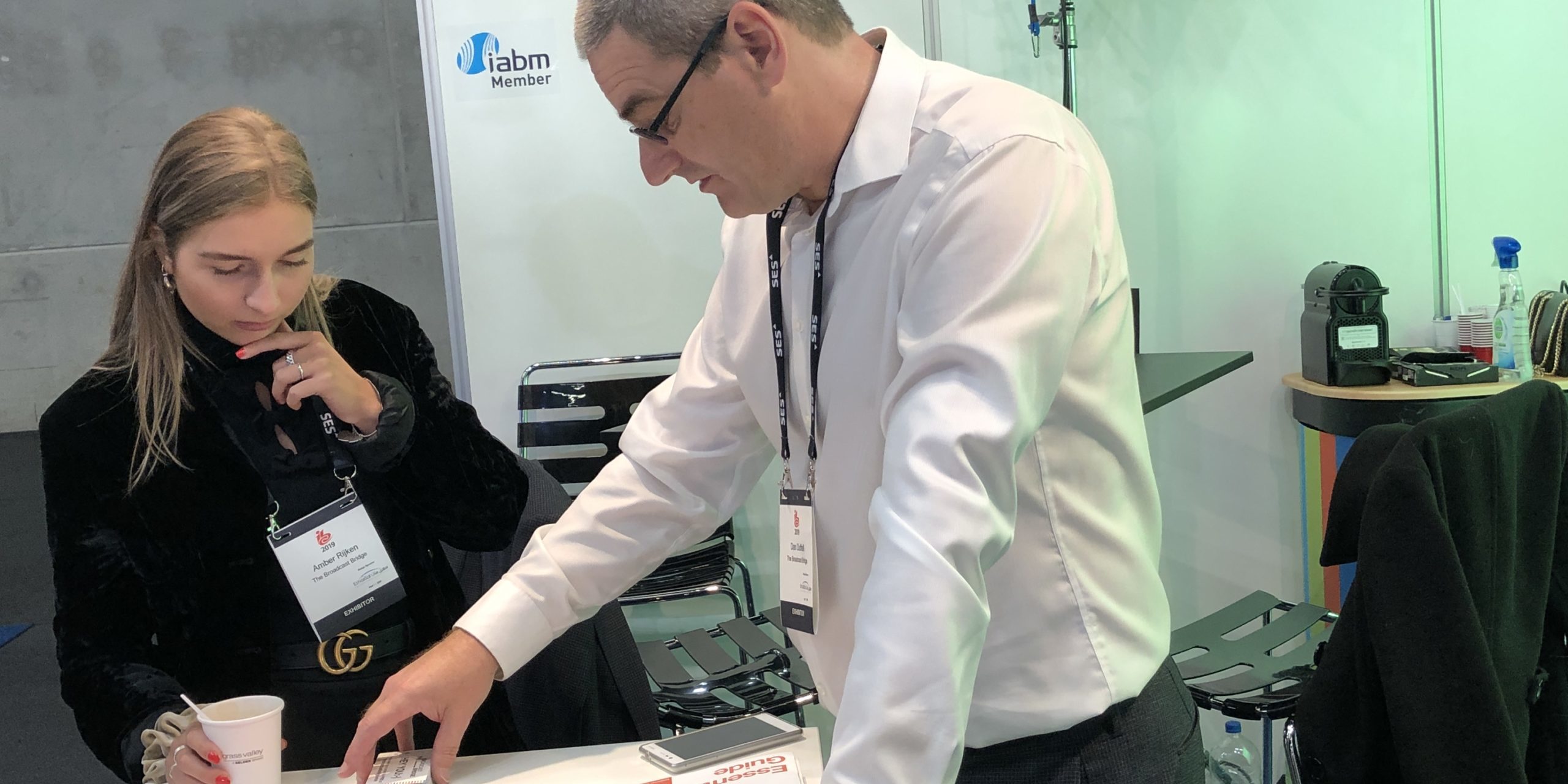 Why good recruitment is far more than just a job advert

In this month’s blog, we look at how improving our recruitment practices can help to attract more women to apply for jobs in the field of broadcast engineering

The issue of how to attract women to the STEM industries is complex, and actually, a little controversial. Different people have different views about what ‘equality’ and ‘equity’ means and what role it has in the job market. People can become sensitive to the idea that prioritizing diversity means compromising in other areas. And even amongst those who recognize the potential value of encouraging women into the field of technology and engineering, there can be significant disagreement about the best way to go about it.

At SDNsquare, we’ve been thinking about how we can encourage more women into the industry, and specifically, into the SDNsquare offices. Whilst lots of hiring strategies focus on the way the selection processes can be altered, we’ve been thinking that really, the whole things starts with the idea of recruitment. The process of recruiting isn’t a one way street: it’s not about how lucky the candidate is to find a job, it’s about how lucky an organization is to find the right candidate. This makes recruitment something of a marketing message or a sales pitch – showing candidates why they should want to be with you. And we want our message to be open, encouraging, and transparent, and to eliminate a number of the traditional barriers that have provided an almost subconscious barrier to applications from women.

The big question: why?

‘We want to hire women’ is an easy statement to make. Big. Bold. In line with the social zeitgeist. But how do you make it a statement that carries meaning, rather than one that’s a mere attempt at virtue signaling? You dig down into understanding the true why of the issue. Why is it beneficial to have diverse teams that include women? Why might women need extra encouragement or assistance in order to enter the field?

We can answer each of those questions in turn.

Why are women a valuable addition to the team?

Well, we’re not going to start off with all that junk about how ‘female brains’ are more adept at tasks which involve skills such as communication and empathy. History provides us with many examples of women who didn’t change their respective fields by being ‘empathetic’ (though undoubtedly that is one important tool in their toolkit, as it should be for any gender), but by demonstrating exceptional mastery of their field, and pushing its boundaries with creativity, drive and an innovative mindset (Ada Lovelace, Marie Curie, Angela Merkel, Coco Chanel, Aung San Suu Kyi, Kamala Harris, to name but a very few).

The fact of the matter is, the notion of gender is complex and contested – a whole field of academia devoted to identifying what defines it, shapes it, correlates with it. Theories of biology, social conditioning, embedded power structures, nature, nurture… Interesting – and important but outside the scope of our blog this month!

So we won’t be heard to say that women are any more capable of being communicative and empathetic than men. Nor that men have any better mastery of numbers and logic. Regardless of what statistics might suggest about correlation between gender and ability, that only applies to each gender as a collective. And we’re not looking to hire a collective. We’re looking to hire a person.

No, as far as we’re concerned, there’s nothing ‘special’ about women (well, there’s lots special about them individually, but you get what we mean…) But we do believe that diversity in general – people from different backgrounds, with different experiences – bring new ways of thinking. More than that, they ‘trigger’ new ways of thinking in others – creating dialogue, discussion and debate. Diversity tempers extremes and stops entrenched ways of thinking taking over and closing things down.

But there’s also a wider moral issue. A company which sees its own moral duties in terms of facilitating equality and providing opportunity to all is one that is adjusted to a modern world and knows how to adopt a stable and sustainable position in its market; driven by a clear set of values and core beliefs, rather than buffeted by fads, trends and an endless pursuit of a quick profit.

But why do women need more help in the industry?

Even though we said we weren’t going to delve into the issue of biology versus social conditioning versus embedded power structures, the fact is that all of them play a role in explaining why women have had structural obstacles engaging with STEM academically, and resultantly entering the field professionally.

Historically, because of all of the above mentioned elements, gender roles have put the onus of raising a family on the mother’s shoulders. This has caused difficulties in terms of incompatibility of the traditional working and school day, the need to be away from the house, maternity leave and a number of other various factors. Knowledge of these potential obstacles – and the delineated structure of gender roles and abilities in general – have until recently provided a disincentive for young girls to invest in their careers from an early point. For decades they have been provided with neither the early-years encouragement or latter-years practical support needed to compete on an equal footing. These structural inequities aren’t just hard to overcome on an individual level, but are self-perpetuating on a societal level.

The times they are a’changin’

Fortunately, a revolution has been brewing. Recognition of structural inequity – not only in terms of gender – is being increasingly recognised, and challenged. Educational support and encouragement – particularly through the promotion of diverse role-models – is ensuring that young children do not grow up with such fixed, preconceived notions of what the genders can and can’t do (or indeed, whether gender is even something we need to make reference to).

There’s a knock-on effect that it is not only women who are recognizing their abilities in the world of work, but men recognizing how they can – both logistically and in the eyes of society – be involved more completely in the process of raising a family. Many countries have liberalized ‘maternity leave’ to become a notion of shared parental leave – and rightly so.

And the recent pandemic has also liberalized the world of work for everyone, but – as a side effect – particularly women. Dinosaur firms that maintained ‘traditional’ approaches simply because ‘it’s how we do things’ (9-5 working, competitiveness based on in-office presence rather than quality of work outputs, rigidity of structure rather than flexibility) have recognized that clinging to these outdated modes of working can no longer be justified on any level – indeed, is actively counterproductive in a modern working world (and certainly in the middle of a pandemic). There is a realization that with a combination of effective management practices and technology, employees – both male and female – can be empowered to manage their work/home life flexibly and effectively, and actually achieve better outcomes in both spheres.

So what are we doing at SDNSquare?

First and foremost, we pride ourselves on the environment we work in, and the way it facilitates flexibility and adaptability. We implemented this philosophy long before the pandemic required it of us.  These aren’t opportunities extended only to women in our firm, but they are workplace qualities that may benefit women who historically have been disadvantaged by more ‘conventional’ workplace setups.

But in our actual efforts to recruit, we’re also making efforts.

At the moment we have a position open (you can see it here http://www.sdnsquare.com/jobs). Something that we’ve been careful to put in our job advert is reference to what you’re willing to learn, and not just what you already know (or how long you’ve known it for). You’ll have almost certainly heard the (possibly apocryphal) stories of job adverts which ask for 10+ years of experience in programming languages that have only existed for four. Sure, the seniority of this role means we are looking for someone who knows the industry and has experience working within it, but the fact is, someone who has done the same thing in a just-about-good-enough way for 20 years doesn’t hold a candle to someone who has picked up new knowledge and within the space of five years used creativity, drive and deep understanding to push the boundaries of how it can be applied. It’s those kind of people we’re looking for.

In general, we feel there’s too much of a focus on ‘hard standards’ in technology recruitment, and not enough of the soft skills that make a difference. Of course, particularly in the field of software development, there are some hard skills that you just can’t get round needing. But what we’re really interested in is people who demonstrate a growth mindset, a quickness (and willingness) to learn, the ability to integrate and adapt, critical and analytical thinking, and an attitude that involves not only taking personal initiative, but initiative that benefits the collective group.

This way of job posting – focusing as much on potential as achievement – is also relevant in terms of our drive to recruit women. The Harvard Business Review cites an internal Hewlett Packard Paper which has now been widely circulated in books such as ‘Lean In’ and ‘The Confidence Code’ – you’ll have undoubtedly heard something to the effect: Whilst men will apply for jobs where they meet 60% of the requirements, women won’t submit applications unless they meet 100% of the criteria. By focusing on what you could be capable of, rather than a formal check-list of metrics, we hope to overcome this innate gender-based obstacle.

Of course, listing extraneous requirements and irrelevant rubbish isn’t good for either gender, so by focusing on what will be learned just as much as what has been learned, we allow applicants to focus on why they’re right for the job, not why they fear they might be wrong for it.

Ultimately, we will be happy with whoever ends up joining our team, because the nature of ‘team’ is really important to us. But we do believe strongly in the importance of lifting each other up within the industry, and if our efforts can help to lower barriers for any group of future potential innovators, then we will be able to hold our heads up proudly as a business.