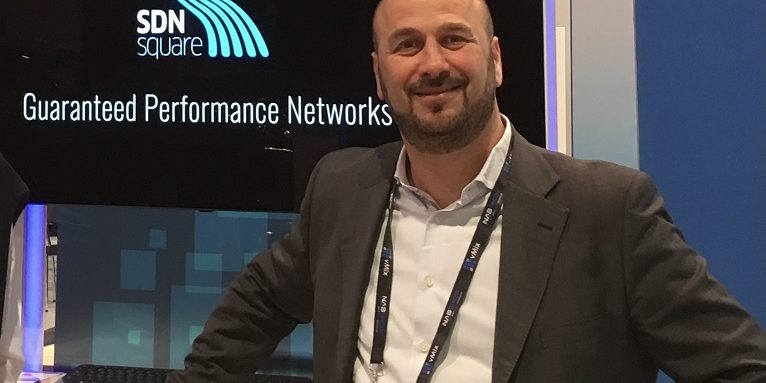 Let us paint you a picture…

It’s five minutes until the in-laws are due round. Lego is strewn all over the floor, an assortment of this year’s tax paperwork litters the kitchen table, puddles of sticky orange juice are covering the work surfaces, coats, hats and scarves have been discarded in a trail that meanders throughout the entire house, and dustballs circle lazily over the tiles.

What can you do? Lego and paperwork alike are rammed into drawers that are forced shut and held closed with nothing more than hope and prayer. The orange juice is mopped up with the nearest hat, and then stuffed into the vegetable cupboard along with the rest of the coats. The dustballs are swept up and brushed under the carpet.

When the in-laws arrive, they don’t seem to have a clue of the chaos underneath. Dinner proceeds without a hitch, compliments all round. Until suddenly the draw springs open, Lego flying everywhere along with last years unfiled tax return. Your son enters the room wearing a hat that’s dripping with juice, and a coat with pockets stuffed to the brim with carrots. As you step up to try and herd his sticky face away from your in-laws, you screech in pain as you step on a Lego brick, and slip on the rug, sending the pile of dustballs back into the room. Your in-laws are left standing there, coughing, and shocked at the pandemonium they have been confronted with.

Think of the house as your network

Almost everybody will be familiar with a situation like this – whether they have in-laws and children or not. But this goes doubly so if you’re a network engineer, because the account above describes oh-too-well the nature of network organization. Far too often, rather than addressing what needs to be done systemically and logically, network design works to ‘sweep things under the rug’, bundling things up and smoothing them over to give the appearance of order, whilst actually maintaining an undercurrent of chaos. Network providers supply shiny looking components, and clients marvel at what appears to be a beautiful, orderly movement of packets across the network, only to be horrified – like the in-laws – when the chaos is finally unleashed. And that unleashing almost always inevitably occurs right at a mission critical moment.

This disorder is no surprise really; complex networks maintain huge bandwidth flows and endless packet movement between network elements that are being constantly reconfigured. It is no wonder that sometimes the answer is to stick it all in a cupboard (or in this case, buffer) and let the chips fall where they may when the data is finally needed – often resulting in severely compromised Quality of Service (QoS).

But whilst at SDNsquare we understand why this sometimes happens, we’re not happy about it. Not on our watch, we say. Our Software Defined Network Controller uses our patented GRID memory model to not merely hide things in the closet, but instead to act as a crystal ball, predicting the future of packet movement across the network and accommodating it in an orderly, defined fashion. It keeps the house tidy from the start. Or, to drop the metaphor for a second; it ensures guaranteed, non-blocking, reliable data-flow to facilitate the highest levels of QoS.

In unpredictable spaces, you need a solution, not a product

The truth is all kinds of analogous words are used to describe the unpredictable flow of packets throughout an IP network; there’s our tidy house metaphor, the ‘elephants and mice’ simile, broadcast ‘storms’, and many others. Ultimately, all of these ideas relate to irregular, unpredictable and cumbersome stresses on the network – elements which all network equipment and software manufacturers know exist, but which they often fail to deal with effectively in their products.

And that’s really the key difference – the idea of products versus solutions. The former do a job, the latter solve a problem. The former plonks a system on top of the issues and hopes to brute-force its way to a (probably imperfect) outcome, whilst the latter takes into account the desired outcome, the entire range of variables at play, and the list of potential obstacles. It’s the latter – the idea of solutions – that SDNsquare are concerned with; resulting in us creating something which actively engages with the specifics of a client’s network configuration to accommodate speed mismatches accordingly, even in the presence of bursty, high-impact traffic in many-to-many environments. We aim to solve the issue of unpredictable packet movement, rather than hide it.

Also key to our philosophy of providing solutions rather than products in ensuring that what we present to the end-user something that they can actually use and manipulate according to their needs, rather than something generic that can only perform a rigid set of tasks according to a preconfigured setup.

Returning to our house metaphor, one of the central issues facing network configurations (particularly those that need to be flexible and accommodate change) is the issue of where to send things and put things. In a house, the rooms and the cupboards tend to have a fairly static configuration – but even still, your coats and hats somehow managed to end up in the vegetable draw when the in-laws visited: after all, in times of high stress, who knows where things will end up. But what if – on top of this – your partner has a fit of spring cleaning madness and decides to reconfigure everything? Rearrange the bedroom furniture; throw out your favourite couch, buy a new set dining room chairs. It’s a laborious process to learn all the new locations and make sure that you put things away in their new right places.

The point of GRID is to allow for the network equivalent of this manic furniture rearrangement to occur with ease, ensuring that the entire systems knows where everything is at one time, and avoiding mistakes in how things are routed to new objects on the network. Moreover, changing, removing or adding items is not nearly as strenuous as moving the furniture; it’s simply a case of listing them in Excel and using a number of wizards to regulate configuration and management. And GRID can do this regardless of the architecture of your house (wait, no, we mean network).

The net result is a modular, scalable system that can be configured and managed even by those without a technical background in network management (or furniture removal…). This becomes particularly relevant in IP-based production and broadcast networks, where the nature of the setup is in a constant state of flux, depending on what is required of it. An outdoor concert, a stadium sports event, a cinematic film production, a newscast: these all call for drastically different production configurations, and SDNsquare’s GRID allows for these to be setup quickly, efficiently and reliably.

Ultimately, we won’t judge you if your house is messy (even if your in-laws do). All we care about is that your network is shiny – and, most importantly, functional. But whilst many current products on the market give an impression of order and structure, the reality is that they’ve just implemented some really big cupboards to hide the mess away in. At SDNsquare, we bring true order to the chaos. We don’t sweep dust under the rug here.