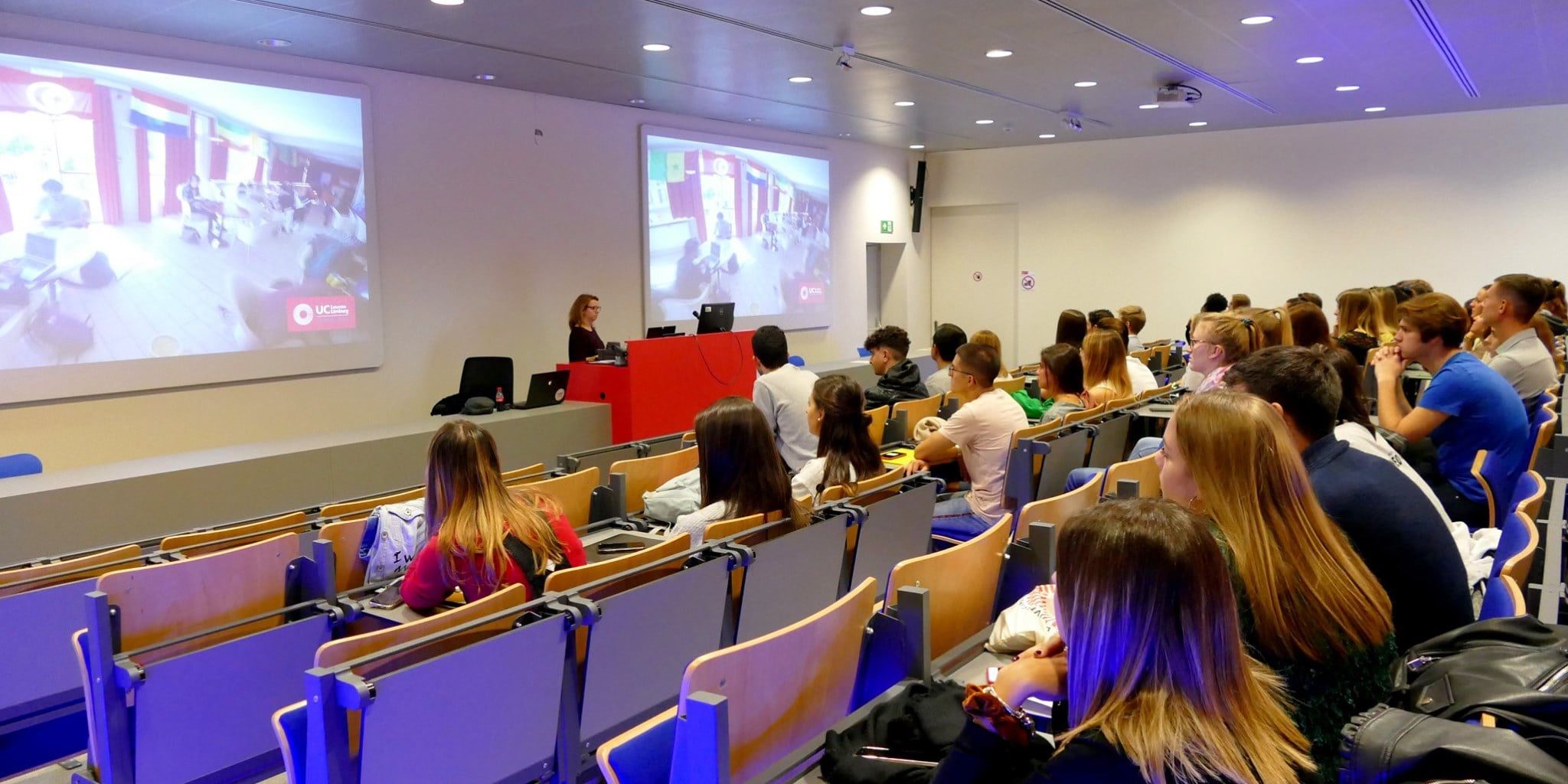 WebClip2Go has announced a spate of new installations undertaken for existing clients, resulting in four more institutions joining Delft University as multiple-system users. The incredible initial success of the WebClip2Go system in each of the universities has driven so much interest from teachers eager to use the system that it has been necessary to install subsequent units in order to keep up with the demand for studio time.

The first of these universities, the Erasmus University in Rotterdam, acquired two systems to work side-by-side with their initial purchase. At Groningen University, the second system is located on a separate campus. Similarly, KU Leuven – who have acquired their third system – will distribute their studios around the city, whilst UCLL (University of Applied Sciences) will maintain one existing system in Leuven, and have installed the second in Diepenbeek.

“The demand from our teachers for access to the system in order to create their teaching materials and content is huge. They love what WebClip2Go allows them to do, and how easy it is to use. There is also increasing demand from students to create video as part of their classwork or to support their extra-curricular activities. But there simply isn’t enough time in the day to let students and teachers into the studio to do their recordings. With the systems being as cost-effective and space-efficient as they are, it was perfectly feasible to expand to the addition of a second system in order to accommodate students,” said Michel Beerens, for Delft University.

Speaking of their installation in Diepenbeek, Johan Driesmans ICT OPS support coordinator at UCLL said: “By installing a second system on our campus in Diepenbeek – almost an hour’s drive from our Leuven base – we have made the system accessible to everyone. This just wouldn’t be possible with a large-scale, centralized studio. It has also been a blessing in light of the increased need for social detachment.”

Commenting on their motivation for a second acquisition, Johan Driesmans stated that teachers who used the production tool to create dynamic, professional teaching materials were recognizing how receptive students were to the ability to access short knowledge clips –  specific to the nature of their studies rather than generically sourced from the internet – and use them to enhance their self-study activities, working at their own pace and in their own time.

WebClip2Go turns the nature of video production on its head and eliminates the need for complex editing knowledge and software, whilst still delivering the same polished results as conventional production and editing, in a fraction of the time. But it is not merely the innovative nature of the product which has motivated these universities to make second, third or even fourth purchases. Instead, it is also the close working relationship and support that WebClip2Go are able to offer their clients.

For instance, as WebClip2Go and Groningen have deepened their working relationship, it has been possible for WebClip2Go to make modifications to the product to meet the needs of system users within the university. In particular, many tutors felt that it was important to still include interaction with a blackboard within their delivery-to-camera. Resultantly, WebClip2Go developed a special studio setup that included both a green screen for chroma-keyed background effects (a standard part of the WebClip2Go setup), as well as a blackboard. An automatic switcher changes camera when motion towards the board is detected – thereby maintaining all of the ease-of-use and intuitiveness of the existing system, but adding further flexibility of function.

Another key element lauded by users is the ease of integrating WebClip2Go into existing university IT infrastructures. Jan-Theo Stol, project manager of audio-visual activities at Groningen University, stated that “with so many stakeholders making use of a vast and complex IT system – both within the university and outside of it, we have high levels of security that can often be difficult to integrate with third party systems. However, the nature of the WebClip2Go system – and the technical support provided by the company itself – mean that we have avoided many of the pitfalls often associated with using external hardware and software.“

Commenting on the number of clients who have sought multiple system purchases, Gerrit Bulten, CEO of WebClip2Go, stated: “I think any repurchase is always testament of the satisfaction that a client has felt, both in relation to the product, and the service that surrounds it.“ He continued: “WebClip2Go is entirely self-contained, and for many, one system will completely fulfil their needs. But when stakeholders within an organisation see the benefits and also want the opportunity to use it, then logistically, there simply needs to be more physical studio spaces for them to access in tandem – there are, after all, only so many hours in the day in which to record. Fortunately, the cost-effective, install-anywhere nature of WebClip2Go means it is often a no-brainer for these organisations to deploy multiple systems, and thus double or triple their recording capacity.“

Further information on WebClip2go and its products is available at https://webclip2go.com/