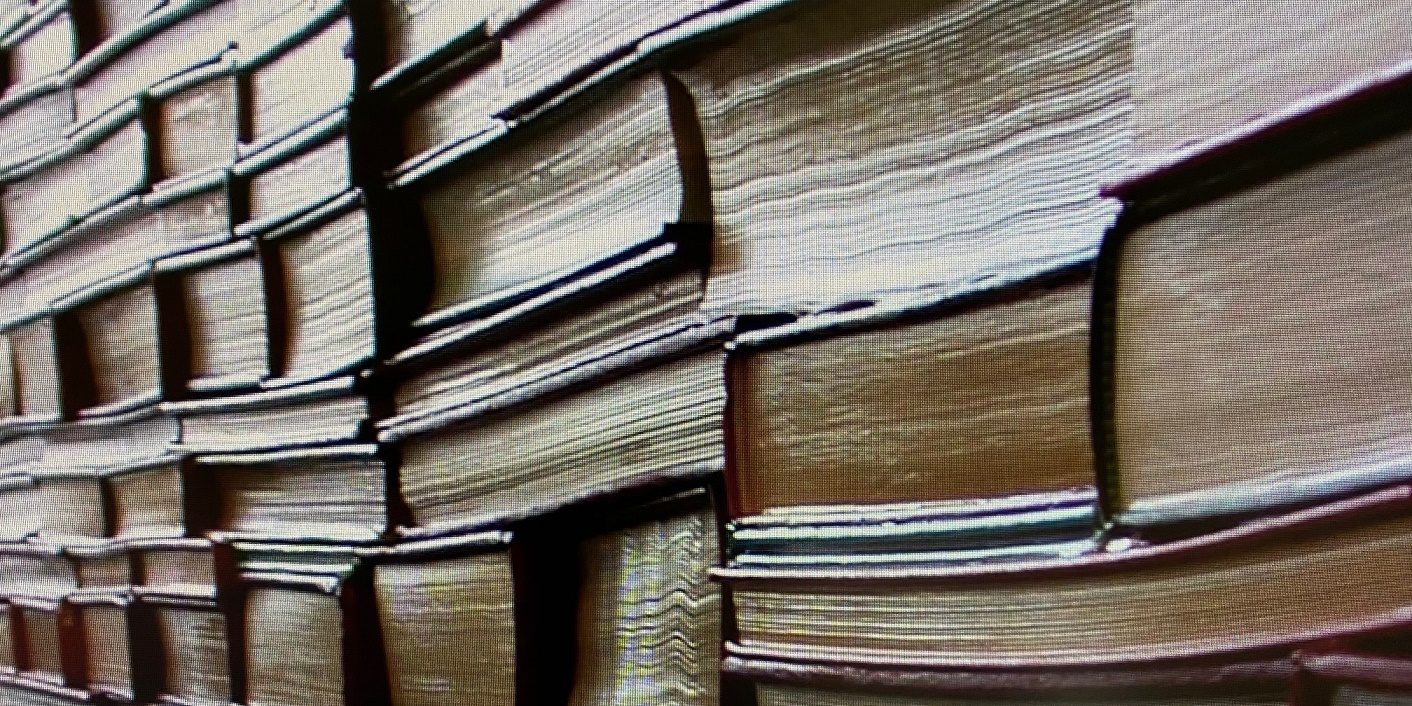 As term begins for universities across Europe, an old debate has now taken on a new dimension. The issue of rising tuition costs has, for many years, raged on – with strong proponents on both sides. ‘Pragmatists’ argue that university-level education is simply not sustainable without further funding, and that the benefits reaped by graduates in their future earning-potential justifies a contribution from them initially, and is not the responsibility of state and taxpayer.

Conversely, counter arguments against rising tuition fees have often focused on issues such as elitism and the exclusion of financially disadvantaged students, and the idea that an educated population is a common good for society that should be funded as such.

Increasingly though, an argument that has been gaining traction is more fundamental: ‘why should we pay more when the service is exactly the same, or – in many cases – diminished?’. Rising class sizes, lowered contact time with teachers, devalued degrees in the workplace: all of these elements make costs above inflation seem substantially unfair.

And with 2020’s COVID crisis, the argument becomes even more complex. What are you truly getting from a university education if you can’t even physically attend the university itself? Old-fashioned correspondence courses have never commanded the fees of a university, and YouTube content is prolific and often of a high quality. So now, if these elements have become substantially the same, how can such a substantial price difference be justified? Students are understandably frustrated; those already in courses are protesting, whilst those due to choose this year are simply voting with their feet, or at least hesitating about making a decision.

Not a case of ‘us versus them’

It is wrong to assume that this represents a binary argument, with students on one side, and universities on the other. Many faculty members sympathise with the plight of students, whilst many administrations – both institutional and governmental – are divided on the issue. With education at once being a ‘fundamental right’ and a ‘commercial interest’, the debate is as philosophical as it is pragmatic.

Indeed, there are numerous lecturers and institutions who are looking for ways to reinsert value into their courses whilst dealing with the practical restrictions that the ‘new normal’ has brought them. But these solutions aren’t always self-evident or readily apparent. Sometimes, a bit of innovative thinking is required.

The issue with accommodating COVID needs is largely driven by mindset. If you have a ‘replacement’ mindset, then you are only ever likely to achieve a second-class outcome. Any application that bases itself on online video conferencing is only going to mimic ‘the old way’.

For instance, in theory, a Zoom lecture allows everybody to attend a ‘live’ lecture at the same time and have an ‘interactive’ experience.

But, the reality is that for international students, these lectures now occur at untenable hours, and the internet connection of many participants renders the experience not merely a poor imitation, but an actively frustrating one. And the ability of 60 students to truly ‘interact’ in a lecture and engage in debate they might in person? Forget it. And some teachers – charismatic and engaging in person – simply freeze up when asked to deliver a live lecture to camera.

That’s why a mindset shift is required. It’s not about imitating the same conventions poorly, it’s about shifting the paradigm to exploit different advantages and maximize the overall benefit delivered to students.

We would argue that ‘live’ really only works in person. Anything that attempts to imitate live interaction through a screen will inevitably be a poor man’s substitute. It’s important to leverage the true benefits of what video allows: considered content, planned pacing, and precision execution.

The benefits? Firstly, videos can be watched at the student’s leisure – accommodating not just different time zones but the different optimum learning times that suit students (night owl? early bird?). Secondly, it can be reviewed at the student’s leisure: engaging with the video at their own speed, pausing and rewinding as necessary without being self-conscious that they are holding up the class.  Not to mention, the video can be used not only for learning but revision.

On top of this, they can incorporate all kinds of elements that may be more tricky in written or webcast form: audio, video, graphs and charts, moving images, titles, text and a whole host of other things. In this way, videos have the potential to yet further cater to the varied learning styles of different students.

But why ‘conventional’ video won’t cut it

The problem is ‘just making a video’ simply won’t cut it.  YouTube is full of educational resources, but these aren’t an adequate substitution for university-driven content: they are often unfocused, lack specificity and are often low in production values. The beauty of a university-provided course is that it has a logical structure and clear outline: students are given the direction they need, rather than wasting hours searching for videos and piecing together disparate sources, questioning the legitimacy and value of the information contained within. All supported by an expert tutor.

In essence, videos created by professional learning institutes have the potential to significantly outvalue nearly every other piece of content on the internet.

But there are a multitude of reasons why a teacher is in no position to engage in traditional video making: complexity, lack of specialist knowledge, and the time-consuming nature of the process being just three elements. And even when all that energy is expended – the net result is, unfortunately often lackluster. Poor lighting, low quality production values, and the small, intangible missteps that mark a video out as being amateur in nature, rather than professional.

And whilst these videos might be imbued with all the content, wisdom and knowledge of a truly great lecturer, one cannot blame students for feeling hard done by if they are delivered substandard production values; frustrating to watch, hard to hear, boring to engage with.

However, if that video were to maintain the production values of a professional broadcast, then it would be easy to see how video content has the potential to seriously enhance the learning experience of students, especially if it is tailored by tutors to the needs of their class.

Professional results in half the time, no specialist knowledge needed

This is where WebClip2Go comes in.

Without going into too much detail (though if it’s detail about our process you want, you can find it here) WebClip2Go facilitates the highest level of professional video making (we’re talking broadcast quality), but it turns the editing process on its head. By using pre-crafted templates, all a teacher really needs to do is create a PowerPoint presentation. This then becomes script, template, prompt and director. It triggers all the action. The teacher walks into the studio, presents each segment to camera and voila! The video is automatically rendered: ready to go.

Indeed, WebClip2Go is so quick to use, that it’s even feasible to make individual videos answering student questions. Imagine that you’ve provided your week’s lecture – via WebClip2Go – on chemical reactions. But one or two students have followed up via email, still slightly unclear on a specific issue relating to exothermic reactions. What if you could create a video – including graphs, illustrations, even a practical experiment – as quickly as you could write an email that tried to communicate (less effectively) the same information?

Well truly, that’s how quick it is to produce a WebClip2Go video. Everything about the system is designed to make the process quick, easy, intuitive and without the need for specialist knowledge.

A whole host of added extras

Already then, WebClip2Go has brought all the benefits of video to the classroom, but removed the drawbacks; namely, the expense, the time-consuming nature, and the often lackluster results associated with non-professionals trying to create videos.

But WebClip2Go goes yet further. It maximizes the benefit of the video for the viewer, not just the creator.

One of the newest features that we’re exceptionally proud of is the searchability of your video catalogue. Because the scripts and prompts for the video are all created first in a text format, then WebClip2Go doesn’t just have an entire database of key terms, it also knowns exactly when they appear in any given video. Turned into metadata, this means that a student can instantly search for the word ‘exothermic’ across the entire video catalogue. It doesn’t have to be in the title or in associated key words, if it is in the script then WebClip2Go can identify what video it appears in, and more importantly, at exactly what minute/second it appears in that video. Students are saved drastic amounts of time scrubbing through videos looking for a key point: it’s handed right to them on a plate.

It’s worth pointing out that before this, the general approach to gaining such specific searchability was a process of transcribing and recording timestamps for videos after they were created; a time consuming and hugely expensive process. WebClip2Go eliminates all that.

And indeed, the way it derives content from script and PowerPoint means that it carries many other beneficial features that simply aren’t found in other video production systems: it has the potential to provide automatically  translations of video content, because it doesn’t transcribe and translate, it works from the speech as it is delivered to camera. The benefits of this in a university environment that is international in nature is readily apparent: giving students the ability to support their learning in their own national language as well as the lingua franca of the institution.

Universities need to change their mindset if they are to deliver the value that students are looking for in their education. And with WebClip2Go, that change is here, affordable, and easy-to-use.