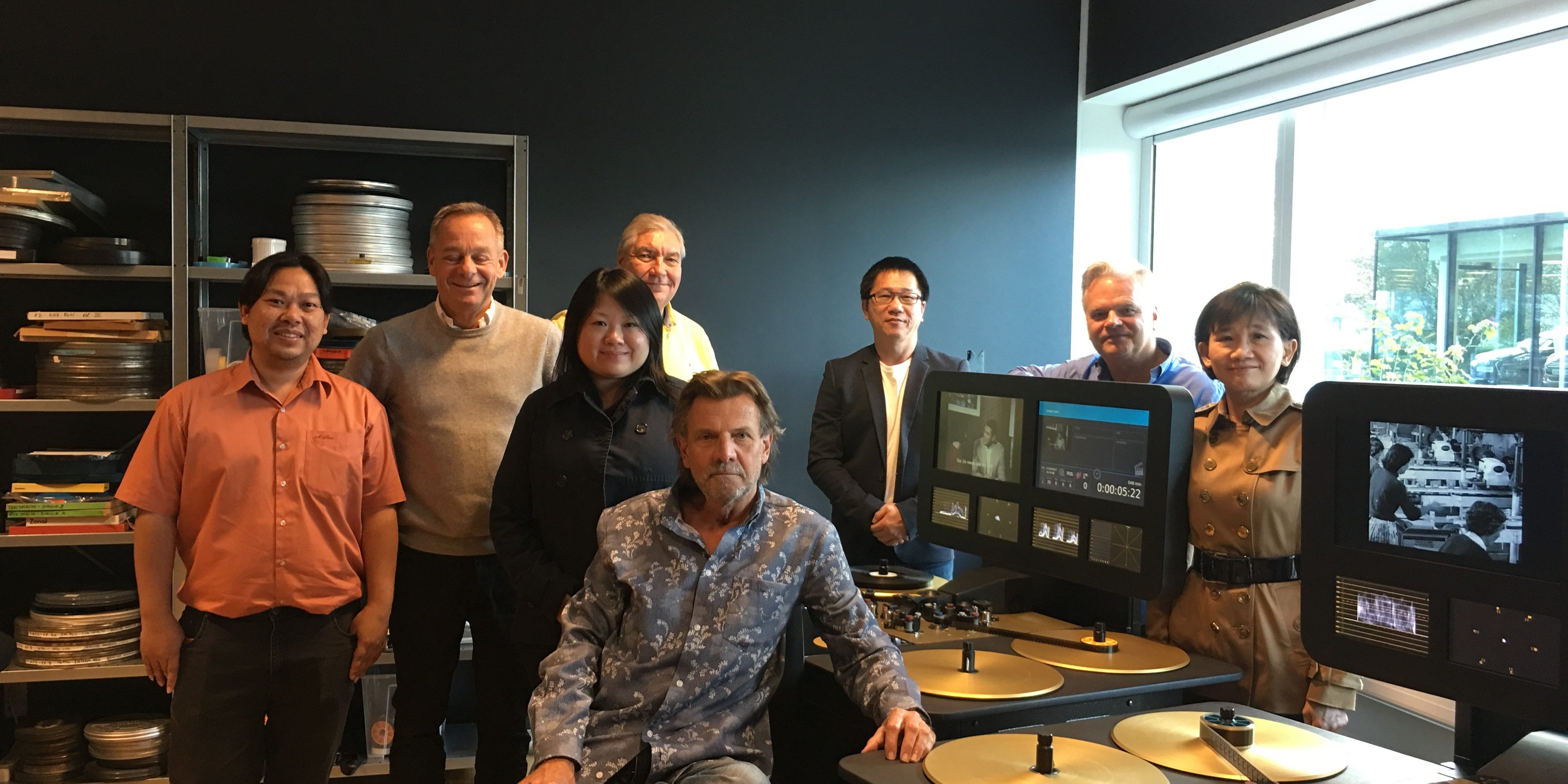 Vintage Cloud today announced that it will exhibit its Steenbeck Digitizer and Smart Indexing at Broadcast India (Bombay Exhibition Centre, 12 – 14 October) for the first time. The company will be represented by its APAC distributor, Cine Equipment, on booth A.115.

“With its rich cultural heritage in film and TV, archive owners in India will certainly value the capabilities of the Steenbeck Digitizer in ensuring that their content is preserved for future generations – as well as being more accessible to those who need it today,” said Peter Englesson, CEO of Vintage Cloud. “Broadcast India is a great opportunity for us to showcase the capabilities of the market’s first all-in-one digitizer that has already been deployed by countless organisations around the world.”

“We will also be demonstrating the remarkable capabilities of Smart Indexing,” he continued. “Smart Indexing uses the incredible power of artificial intelligence and machine learning to dramatically increase the speed and precision with which metadata can be included within an asset – giving it substantially more value, and enabling easier monetisation.”

The Steenbeck Digitizer is unique in many respects – not least in that it is the only system capable of digitizing up to 4K resolution at up to 60 fps, and is therefore 3-5 times less costly per digitized hour than other systems while delivering unprecedented image quality. It can even analyse the picture quality of a scanned film master or proxy to check for out of focus, dust/dirt level and film grain noise level.

Recognizing the nature of much archive material, the Steenbeck Digitizer is highly tolerant of broken perforations, fragile splices, warped and brittle film, and is also capable of handling shrunken film via a special capstan sprocket.

Using a keyframe every three seconds, Smart Indexing is capable of delivering a tagging result in a fraction of a second. AI allows Smart Indexing to automatically recognize over 11,000 objects, scenes and events with an accuracy that is equal to, or better, than that of a human.

More than that: it can even recognize faces (including emotions portrayed by those faces). Smart Indexing can distinguish “known” faces, or the user can add names to faces and those faces, with their associated data, are added to the Smart Indexing database such that they are automatically recognisable in other assets.

More information on Vintage Cloud products is available at www.vintagecloud.com or by phone at +45 2230 1140

Vintage Cloud is a world leader in the technologies required to ensure the fast and safe digitization of valuable film archives. The company’s goal is to help its customers quickly and easily monetize their assets by making them more accessible with tools that are cost-effective, innovative and intuitive and designed for the delicate task. Vintage Cloud’s founders have, collectively, over 80 years of experience in the movie industry – experience which has seen the development of Steenbeck Digitizer, the first true all-in-one film archive digitization system that is characterized by its unprecedented ease of use, flexibility, speed and affordability. Vintage Cloud was founded in 2012, and is headquartered in Copenhagen, Denmark. The company acquired film editing table manufacturer Steenbeck in 2016. www.vintagecloud.com

Cine Equipment Private Limited is the leading distributor of film, lighting, digital and broadcast products in the Asian region. Established in 1995, we began operations from a small office warehouse in Singapore. Over the years, we have since expanded our operations into the markets of Malaysia, Australia, Thailand and the Philippines. www.cine-equipment.com