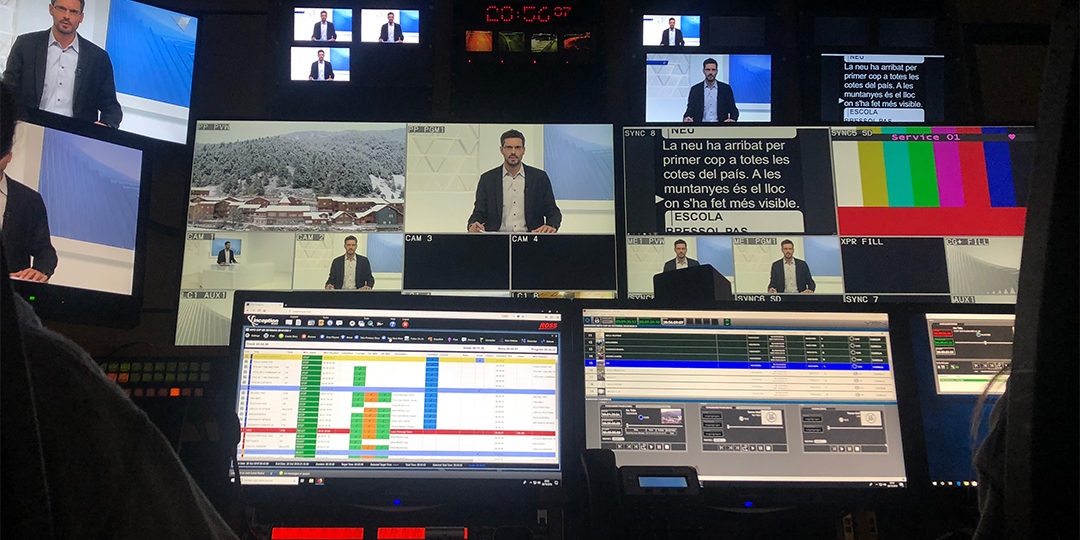 In a world of so-called ‘fake news’ created by anyone with access to the Internet, it’s too easy to forget the incredibly valuable role that professional, trained, responsible journalists play – not just in bringing us the real news, but also in uncovering truth. The famous story of Woodward and Bernstein – the young Washington Post reporters who were responsible for the Watergate story that saw the impeachment of President Nixon – is an outstanding example of investigative, forensic journalism at its very best.

Things have moved on a long way since the early 1970s – in some ways for better, in some ways for worse. The fact that social media now drives so many news stories is, for many, for the worse. This has, in many ways, contributed to what might be called ‘news overload’: new news appears 24/7, and makes us weary – and hardened to stories that would once have touched our hearts.

On the upside, however, are the technology tools – tiny HD cameras, man-pack satellites and so on – that have made it possible for journalists to bring us stories, complete with sound and images and in real time, from anywhere in the world. We no longer get reports about significant events: we can actually witness them.

And: it’s not just out there ‘on the ground’ where technology has transformed what’s possible in serious journalism. Take Newsroom Computer Systems, for example. Back in 2005, in this fascinating article, Adrian Scott asks: “In an era when the rate of change in every other comparable area is increasing, can NRCS systems, and more importantly their users, afford to stay where they are?” The answer, inevitably, is: “No”.

The NRCS world of 15 and more years ago that he describes is one of dumb terminals, clanking printers – and no direct connection with the broadcast chain. Scott also talks about an evolution in working practices – an evolution comparable, perhaps, to the evolution from CEOs dictating every communication to a secretary; today, the same CEOs think nothing of sending their own emails. The world in which we work has become less ‘silo-ed’ – and our jobs have changed to match that transition.

Today, journalists don’t just hammer out some copy and send it into ‘the system’. The role of a broadcast journalist, according to www.startintv.com, is to turn information into pictures and sound, both reporting and producing live and/or recorded packages. The key change here from 15 years ago is ‘producing’.  That requires access to substantial and wide-ranging resources – access that must be fast and intuitive, and that allows journalists to achieve the creative results they desire without concern for the technicalities. That’s what a modern system for news production delivers.

Improving efficiency and productivity – and much more

Of course, everyone knows that it’s important to keep creative people happy. Even more important, perhaps, is to keep the accountants happy. Any investment has to work, not just for the users, but also for the business. If there’s no return on investment (ROI) and no positive impact on the bottom line, then perhaps the investment is not the right one?

In a dynamic, ever-changing landscape, one of the things that accountants dislike most is the thought of locking the company into something that may turn out not to work. That may be because an acquired solution is almost a fit for the business – but not quite. Or it may be that requirements change – but it’s just too expensive to start all over again.

And that’s where VSN NewsConnect, – an HTML5 plugin for NRCS – comes in. It allows the enterprise to create their newsroom environment with the third-party systems that are best adapted to the needs of their specific TV channel or (MOS compatible) non-linear platform. It means that the organisation doesn’t have to compromise or accept ‘second best’: it can put together the optimum system for its unique needs.

Of course, what that also means, by extension, is that if, at some point in the future the requirement changes then only part of the newsroom system needs to be replaced – not the whole thing. It might be that a new CG, NLE, video server, NRCS or whatever becomes available that’s a better fit. VSN NewsConnect allows that piece of the system to be easily integrated – at, of course, far less expense than replacing the whole installation. That makes VSN NewsConnect a truly cost-effective solution – and accountants like cost-effective solutions.

NewsConnect allows users to create a news production environment specifically suited to their requirements, complementing and improving the media production workflow at any facility. It simplifies and increases the speed at which news is generated, and improves efficiency and productivity by eliminating the need for users to work with, and switch between, different tabs and interfaces, since all their tools can be accessed via the NRCS interface of their choice. Users can also see in real time how the final stories – including graphics and video – will look.

An add-on for the VSNExplorer MAM system for media and workflow management, VSN NewsConnect allows broadcast and media companies to interconnect via MOS any leading NRCS, CG, NLE, studio playout system and video servers, within a single, intuitive, centralised workspace to create a seamless workflow for news production.

NewsConnect is designed to guarantee that users have maximum control of all the creative tasks related to news production, while becoming much more efficient and faster. How? By providing them with a single workspace to perform all their daily tasks, avoiding the need to switch between windows.

This way, journalists and editors have access from one single window to all the necessary features and functionalities needed for their daily work – from advanced file search and news writing to video editing and delivery to playout, or publishing on non-linear platforms and social media. And: this all happens within the interface of the NRCS system of the user’s choice. The result is workflows that are more efficient and effective – reducing errors, improving quality and saving time and expense.

There are many benefits in moving from a multiple interface environment to the single interface approach that NewsConnect uniquely enables. Most importantly, it reduces the time spent in creating stories. Journalists and editors now have simple, fast access to the tools that enable them to write their news pieces; locate the video files needed; edit them – including voiceover and CGs; see how the final news piece will look in real-time; and send those news pieces to broadcast or web and publish to social media from almost anywhere in the world.

And, like all of VSN’s solutions, NewsConnect continues to be developed. The latest enhancement sees NewsConnect enable users to control multiple studios in different locations, even if the systems used in the studios are different.

Thanks to this feature, users are able to send their stories to multiple studios in different locations at the same time, regardless of the systems used in them. This means that, for instance, for studios working with different CG systems, VSN NewsConnect is now able to show only the graphics templates that match and work with the CG system brand that each particular studio uses. Likewise, the EDL files can be downloaded specifically in the format needed for the NLE installed in each studio. In essence, this feature provides maximum interoperability between systems.

Once again, NewsConnect lives up to its “make news your way” billing!