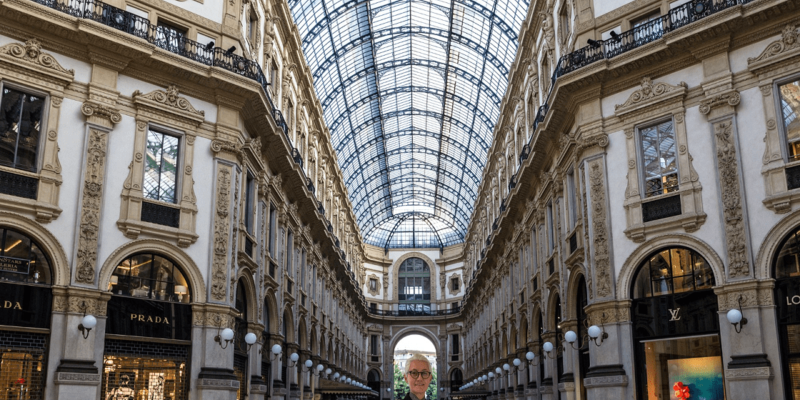 The Role That Culture Plays in Interior Design

My own cultural background

The role of culture is an interesting – and frequently complex – issue in the field of interior design.

Having been born and raised in Milan, but also having moved to London as my design career began to take off, I have the benefit of being both personally and professionally influenced by two brilliant, and very different, cultures. But more than this, by living an existence of ‘one foot in each camp’, this dual cultural underpinning has informed my understanding of the way that culture shapes our experience – often in unexpected and invisible ways. It permeates our decisions, expectations, tastes, beliefs, values – and a whole host of other things (though by no means does it define them). Having grown up shaped by two different cultures, I’ve had the opportunity to be intrinsically aware of these impacts – in part because sometimes the contrasting and conflicting elements of Italian and British culture have led to a certain amount of internal confusion within myself. It is precisely that confusion which has given me cause to truly examine the ways in which culture is operating within me: as with many things, our struggles and challenges are that which give us the key to a greater understanding of ourselves and our choices.

What is ‘Italian design’?

I am proud of my ‘Itanlian-ness’ certainly. It’s a country and a culture that has earned a reputation as a capital of style and design, across any number of fields and industries. I like very much Alessandro Manzoni’s quote of what it means ‘Milanesità’ (connoting the mindset of a person from Milan). He defines it as ‘the innate or acquired attitude of distinguishing the useful from the useless. Being an Ambrosian (derived from Sant’Ambrogio, the patron saint of Milan) is almost a philosophy that is identified in the cult of efficiency and decorum’.

Of course, not all people would see Italian design as being characterized by efficiency – the Sistine chapel is not exactly what one might call ‘understated’ after all. But for me, the quote rings true when you truly consider what is meant by ‘useful’. To me this isn’t a word that concerns itself only with practical utility. It’s not about storage space, optimized workflows or convenience.  What is useful is what serves the purpose of the client; and that purpose is (most likely to be) a harmonized, joyful life.

Therefore, for me, this Milanese design philosophy is about holistically uniting all the elements that contribute to joyful living. Certainly, some elements may indeed be practical – making small changes and using clever functional design creativity to introduce elements that make life easier on a practical level. But it also involves uniting those less tangible elements of joy; the inherently aesthetic, the silly, the nostalgic, the aspirational, the comforting, the challenging, the inspiring.

I feel this is really important in the modern design world, because the concept of ‘trends’ and rigid ‘culture’ (as a set of specific aesthetics rather than a set of ideologies and philosophies) risks really eroding this idea. All too often I see designs which are undoubtedly stunning; slick, elegant, considered and functional – but they represent commercialized, homogenized ‘shop front’ approaches to design – focusing on that which is objectively stylish rather than that which is subjectively joyful. Impressive and often desirable, but ultimately unsustainable – when the purpose in question is sustaining the well-being and happiness of the person within.

So when I talk of my dominant design culture being ‘Milanese’ – I don’t talk of a set of specific design conventions or aesthetics: I talk about the ability of design to serve a purpose; the purpose of well-being and joy.

Of course, each individual’s concept of well-being and joy is different. And culture can have a big impact on this.

Culture and personal taste can often be conflated, but they also frequently go hand in hand. Take for instance the seemingly inconsequential issue of whether you are a ‘shoes off’ type of house or not. Much of this will be dictated by the culture you came from – and that, in turn, will have been determined by a number of logistical and physical elements which impacted that culture historically. People from Northern America, Italy – and, often the UK – tend not to take their shoes off in the house. Conversely, Scandinavian countries almost always take shoes off indoors. And this makes an inherent sense; imagine bringing six inches of snow in with you and dragging it through the house every time you came home…

But of course these culturally embedded norms can carry through with us even to the point where they’re no longer grounded in a practical decision, but where we do them because they feel ‘right’. In these cases, even someone from the deepest depths of the snowy North now living in a sunny climate may prefer the aesthetic and comfort of carpet and rugs, even though the ‘convention’ in that place would be for hard floors.

But maybe carpets are inherently unsuitable to the practical context of project? What then? That’s where creativity and technical knowledge must bridge the gap between. It’s not merely a case of saying ‘here is a cultural convention’ and then applying it: ‘You’re Italian, we’ll do it like this. You’re American, so I’ll get my American design book out’. Not at all. It’s a complex, multifaceted and interrelated process, where cultural conventions are just one part of an incredibly complex puzzle – with the central job of the designer being to solve that puzzle in the most elegant way possible.

This means that an interior designer always needs to be aware of cultural conventions, and to understand how these might play into a client’s vision and desires – perhaps even in ways they themselves are not fully conscious of. But this knowledge of culture should only ever inform the way a client’s needs are understood – it should never subvert or dominate them. Entering into a design relationship assuming you know everything a client needs just because you ‘know’ their culture is a recipe for disaster.

As identified above, the culture of our upbringing can inform our preferences, behaviours and choices in complex – and often very subtle – ways. But it doesn’t – and shouldn’t determine us.

A complex issue in society at the moment is the relationships people hold with cultures outside of their own. We may often feel an affinity with a culture – or even specific elements of a culture – which are not directly linked to our own background. We might be attracted to the values, ideologies or beliefs, or even simply appreciate cultural artefacts and elements on a ‘merely’ aesthetic level. There is much dialogue and debate concerned with how appropriate this is – particularly in a society where the capital and power that some cultures hold is unequal to others, and where its use, abuse and ‘appropriation’ might risk eroding further those with a lesser voice.

As with many modern debates, the result has been a polarized and absolutist approach to what one ‘can’ and ‘can’t’ do. But we take a much more nuanced approach in our design philosophy. We believed there is a marked difference between appreciation and appropriation, and the line between them lies in the sensitivity with which you approach choices, and awareness of the impact that they ultimately have.

Thus, if a client loves the aesthetic of Thailand, or the food of Italy – we’d seek to integrate those elements in a way which actively supports people from those cultures. We might select a wall hanging made by a small rural cooperative of women in Thailand, or olive oil from a family-run Agroturismo in Calabria. In an increasingly globalised world where we’re exposed to many different influences, our attitude is that there’s nothing inherently wrong with sharing ideas, exploring options and even ‘picking and choosing’ from a marketplace of cultures. But when doing so, it’s vital to make sure we’re building up the value of those cultures, not tearing them down; buying products which actively support those places and peoples, rather than buying imitations which merely go to line the pockets of a dominant capitalist machine.

At the heart of it all: the individual

For a designer, understanding culture is key. But far more important than this is understanding the individual. Culture informs this, but it doesn’t define it. A good interior designer needs to use cultural understanding as just one lens for understanding their client – but what they need to rely on most is the skill of listening. That doesn’t just mean hearing what’s spoken. It means hearing what’s not spoken, observing what’s immediate, what’s performed, what’s both presented and hidden in the individual – often implicitly or tacitly. It’s a holistic skill based on emotional intelligence and the ability to connect and resonate with a person – and culture forms just one part.