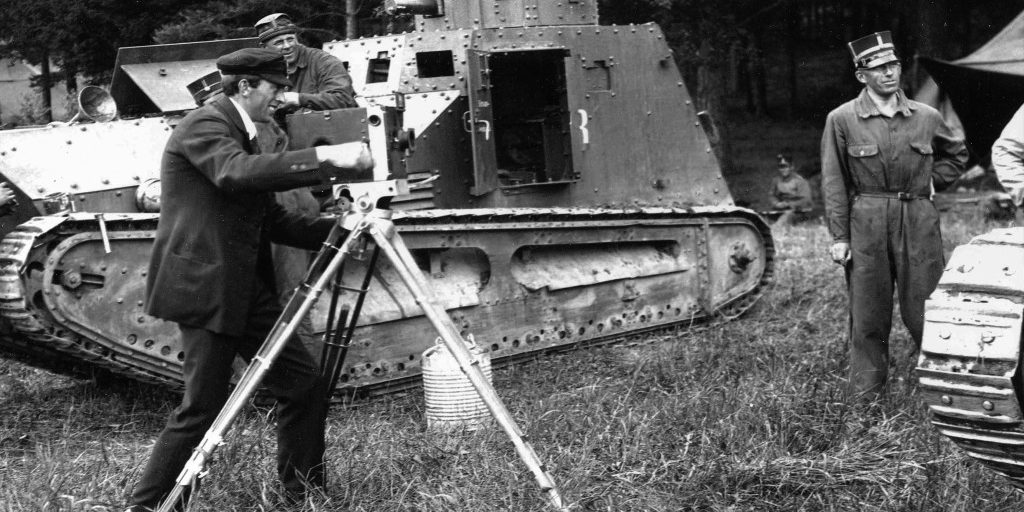 Vintage Cloud today announced that it had received an order for a 16mm Vintage Cloud Steenbeck film archive digitization system from Sweden’s AMF. Armé-Marin och Flygfilm [Army, Navy and Air Force film] has one of the oldest collections of film in the world and is also one of the earliest producers of film in Sweden.

“The AMF is a goldmine for researchers on military history with its unique collections,” said Peter Nordström, Head of Department at AMF. “With more than 10,000 film titles and 30,000 film boxes, on both military and civilian activities, the AMF is one of the greatest and oldest collections in the world. Our main task is to increase the knowledge of Swedish defense and security and its history as well as stimulate research. We also want to make our historical film archives accessible to both the general public and to researchers. We believe the Steenbeck Digitizer from Vintage Cloud can make an important contribution to our work.”

AMF is a goldmine for researchers on military history

“Whether it is to preserve something that is culturally and historically valuable, or whether it is to unlock the monetary value in archive assets, the Steenbeck film archive digitization system is already proving itself in environments as diverse as commercial enterprises such as TV production companies on the one hand, and national film and sound archives on the other,” said Peter Englesson, CEO of Vintage Cloud. “We’re delighted that AMF has placed this trust in us to help it achieve its mission.”

The Vintage Cloud Steenbeck Digitizer is unique in many respects – not least in that it is the only system capable of digitizing up to 4K resolution at up to 60 fps, and is therefore 3-5 times less costly per digitized hour than other systems while delivering unprecedented image quality. The first true all-in-one digitizer to become available, it now includes new features designed to further improve its already market-leading speed, functionality and reliability.

Recognizing the nature of much archive material, the Vintage Cloud Steenbeck Digitizer is highly tolerant of broken perforations, fragile splices, warped and brittle film, and is also capable of handling shrunken film via a special capstan sprocket.

It can also benefit from Smart Indexing, an AI/machine learning-based capability that brings unprecedented power, speed and accessibility to metadata – transforming the value of the asset. Using a keyframe every three seconds, Smart Indexing is capable of delivering a tagging result in a fraction of a second. AI allows Smart Indexing to automatically recognize over 11,000 objects, scenes, events – even human emotions – with an accuracy that is equal to, or better than, that of a human. Smart Indexing also includes facial recognition, and can automatically recognize over 100,000 faces in the Vintage Cloud database – and more can be added by the user.

In addition to its own films, the AMF – which was founded in 1920 – also handles an archive of films from the country’s defence forces at the request of the Military Record Office as well as from several other organizations and companies such as the National Police Board, the Bernadotte Academy, Coop and private film companies such as Scandinature Film and Mirakel Film & TV. In the AMF archive are classical films from the beginnings of cinema such as “L’arrivée d’un train à La Ciotat” from 1895 by the Lumière brothers. There are Swedish, American, German and Russian propaganda movies and the entire Swedish military film treasure from the beginnings of the 20th century up to modern times. There are also numerous civilian films.