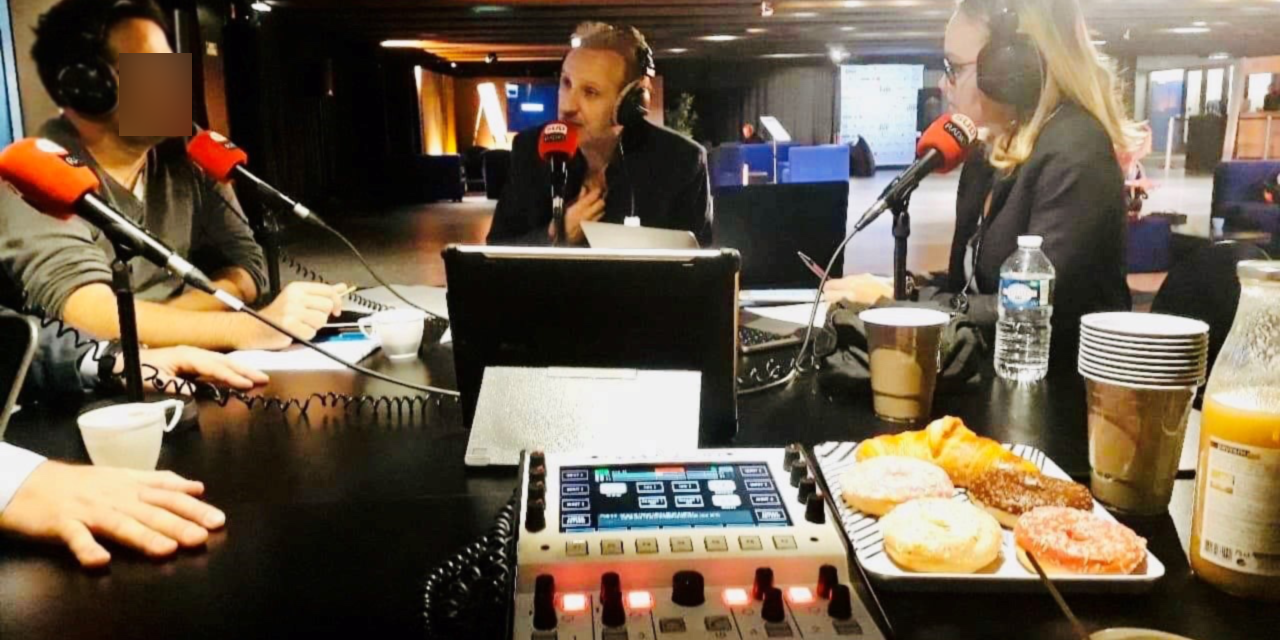 French commercial radio station Sud Radio is relying on AETA Audio Systems to help deliver timely news and information to its audience. The predominately talk radio station with a focus on news, social, political, economics and sports, has been making use of AETA’s ScoopTeam, Scoopy +S and Scoop 5S codecs for coverage of various remote events since 2014.

The station, which covers topical information such as national elections or the country’s Yellow Vest movement, opted for AETA products because of their flexibility and versatility. Over time, Sud Radio continues to depend on the numerous advantages the units provide, including that of offering artifact-free remote mobile IP broadcasts.

During the Yellow Vest protests, which began in 2018, for example, the station turned to AETA ScoopTeam when it needed a multipurpose device that was able to operate as a portable studio. The unit’s embedded mobile 4G capability and reliable IP performance played a fundamental role in the success of the station’s coverage of these ongoing demonstrations. The reliability and ease of operation allowed the station to seamlessly broadcast live for up to three hours, without the burden of having to worry about managing IP or ISDN lines.

After witnessing the flawless operation of their colleagues during the Yellow Vest protests, and despite originally being slightly skeptical about the dependability of mobile IP connections, the rest of the station’s team decided it was time to broaden their use of AETA’s mobile IP links.

Since then, Sud Radio has multiplied its remote programs and now features regular live broadcasts from across the nation. Even during lock down, Sud radio technicians distributed Scoopy and ScoopTeam units to all station contributors so they could broadcast from home. According to Misha Agard, system administrator for Sud Radio, for these WFH broadcasts, the use of SIP service eased the migration greatly.

“We use AETA products every day and they continue to demonstrate their reliability in any situation,” said Agard. “We’ve also been creative in making the most of the units to maximize their benefits. What’s more, thanks to their stability and quality connections, we no longer have to rent ISDN or IP lines and save a lot in time and money using wireless connections through SIM cards housed in ScoopTeam devices.”

One example of the station’s creativity is that, while ScoopTeam was originally designed as a commentator station for sports events, to help facilitate coverage of the Yellow Vest demonstrations, the Sud Radio team began using the unit to simultaneously connect four microphones/headsets and transmit outdoor broadcasts and use the codec as a complete mobile mini studio. “This allows us to report from virtually anywhere and, thanks to ScoopTeam’s ability to communicate with codecs, to keep our listeners up to date with the latest news.”

For Yann Vonarburg, general manager of AETA Audio Systems, Sud Radio’s creativity with ScoopTeam and all AETA’s units illustrate the vast potential the products offer to the broadcast market. “Ease of use and dependable connections under any circumstances are key and ensure station staff can successfully do their job and deliver important information to their audience. This is exactly what AETA wants to offer to its valued customers.”

Originally based in Andorra, Sud Radio, which broadcasts to the south of France and the Paris region, is a subsidiary of Fiducial Medias and is a member of Indés Radios and the Independent Radio Union (SIRTI).

More information about AETA and its products is available at www.aeta-audio.com

Founded in 1978 and based in France, AETA Audio Systems designs and develops a full range of audio and IP codecs. Focusing on the radio and television broadcast markets, the company’s adaptable Scoop range of products is designed to fit the needs of all broadcasters. Suitable for use both in the studio and on the field, AETA Audio Systems’ innovative, reliable and intuitive solutions deliver a simple and safe user experience.