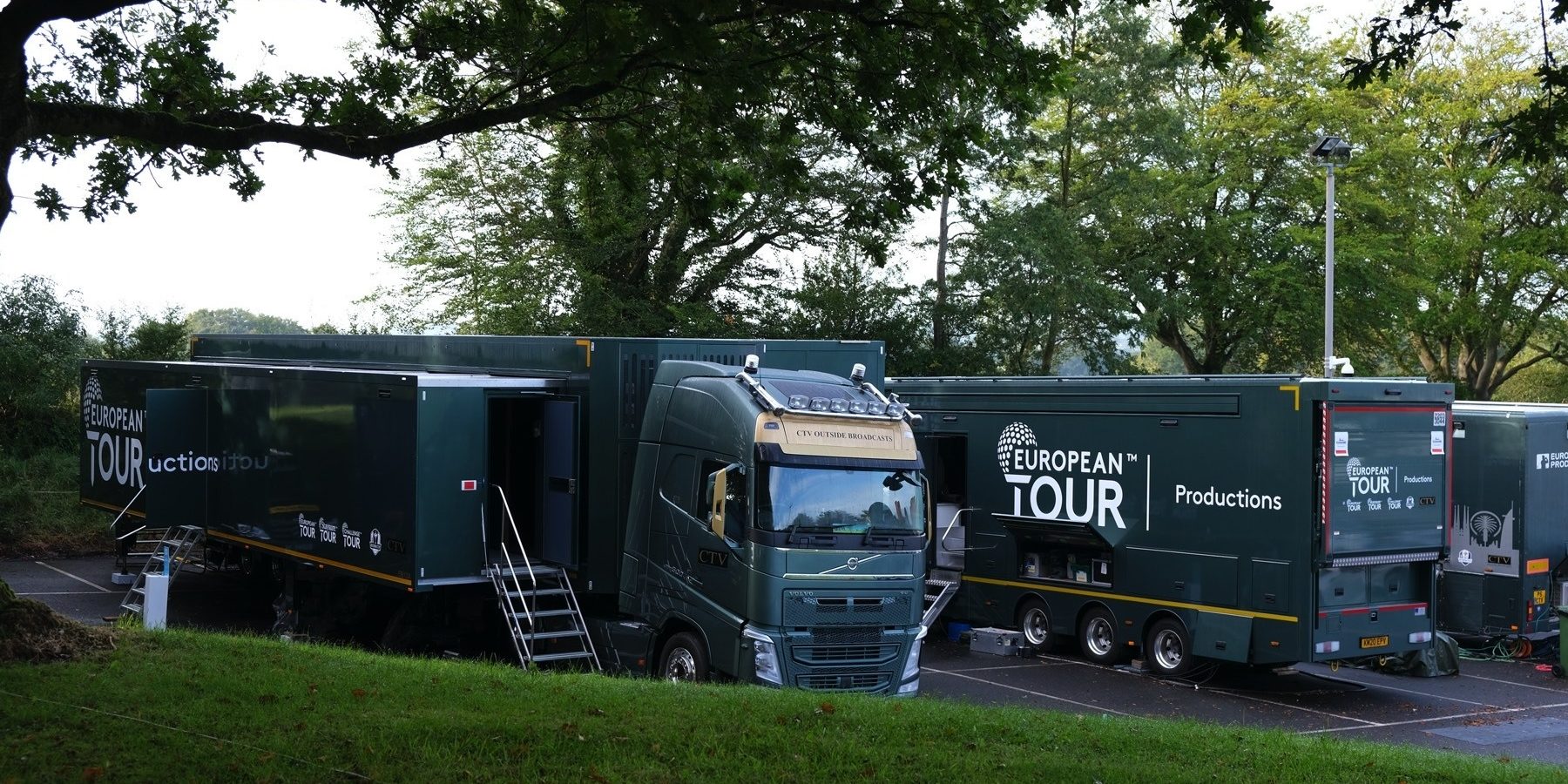 Belgian media networking and storage company SDNsquare has collaborated with UK-based  CTV Outside Broadcasts (CTV OB), one of the largest and well-respected OB companies in Europe, to entirely upgrade their latest OB Unit to a fully modular ST2110 IP-based infrastructure. The refurbished and IP-based OB12 truck hit the road in September 2020.

When CTV OB needed to re-equip two of its trucks to meet the broadcast challenges of the foreseeable future, the company turned to SDNsquare and its unique GRID providing software-based IP network management and enabling a full non-blocking of converged IP networks with guaranteed, predictable and reliable QoS.

“The idea was initiated around the time of refurbishing one of our large SDI-based trucks,” explains Paul Francis, CTV’s chief technical officer. “The limitations of SDI infrastructures were apparent in their design, whilst according to research, IP promised flexibility could overcome almost every SDI constraint. IP technology would also need to support our client’s needs for the foreseeable future – capable of responding to changes in video formats, for example.” Francis further explains: “That initial intention turned into a project. Our parent company, Euro Media Group (EMG), launched the diPloy project that would allow us to find partners supporting our migration to a fully IP-based infrastructure.”

CTV OB had two primary needs. The first was that the chosen technology architecture should be both future-proof and agnostic in terms of infrastructure and topology. The second was that those who would operate the system would need to be familiar with it: the operational and high level configuration should be presented as a system that is familiar to CTV’s engineers, whilst providing them with tools to diagnose any software and hardware related issues. The truck would need to be able to support CTV’s client’s needs for the foreseeable future – capable of responding to changes in video formats, for example – and be capable of scaling according to the client’s requirements.

“Along with the EMG diPloy team’s aims, our project’s technical specification has transformed over the last two years alongside the development and accessibility of the technology provided by manufacturers,” Paul Francis continues. “From the necessity of 10GbE networks, to settling on 100GbE, from a pinnacle of SMPTE2022-6 to fully ST2110 systems, the network core has been ever-evolving. SDNsquare has played a central role in our choices, allowing us to choose equipment vendors that best suited our needs, integrating their technology into the SDN programming and advising closely on topology options and IP related configurations.”

SDNsquare GRID uses software-defined networking to deliver IP network orchestration for media, whatever the use case, whatever the type of workflow. GRID can cope with all types of data streams in a predictable way. With GRID, IP data paths can be set up without packet loss, with low latency and with the exact bandwidth needed – even in bursty, high-impact traffic in many-to-many environments. While networking vendors and traditional broadcast manufacturers can propose limited, single-vendor setups for specific use cases, they fail in more complex, convergent and scaled-up setups. GRID is vendor-agnostic, reliable, flexible and scalable.

Henry Alexander, CEO of SDNsquare, expands on the technology benefits that the new IP-based OB12 truck has gained: “A random or flexible spine leaf topology means that, instead of adding a new device and extra Gb to the network, CTV OB can, for example, software split 100Gb into four 25Gb allocations or one 25Gb and leave the remaining 75Gb for further usage. This is called bandwidth management – and it’s patented by SDNsquare. The idea is to put everything – video, audio, intercom, management, KVM, office and Internet – on the same network, guaranteeing every single flow at the network switch level.”

The IP modularity that SDNsquare have achieved for CTV OB is absolutely unique because of the advanced configuring capabilities enabled by its GRID. The latter allows indeed to configure any device and add any device whilst providing full control of the network.

“We are immensely proud of our newly refurbished OB12 truck that hit the road last week at the PGA European Tour” says Richard Morton, Head of Projects at CTV Outside Broadcasts. Morton adds: “It was really impressive to see everything working so smoothly. Nobody was really aware of the massive technology change. We look forward to the next chapter in our partnership with SDNsquare.”

Alexander concludes: “What we’ve done with SDNsquare is to package IP complexity into powerful but intuitive software tools. This has been an interesting project that allowed us to combine software intelligence with engineer and human infinite creativity.”

Further information on SDNsquare and its products is available at www.sdnsquare.com.

About CTV Outside Broadcasts

CTV Outside Broadcasts has developed into one of the largest and well-respected OB companies in Europe. We maintain a refreshing and dynamic approach to Outside Broadcasting that is endorsed by our most valued client base of blue-chip broadcasters and high profile production companies. With probably the healthiest variety of work compared to our competitors, we have unrivalled expertise in delivering the very best for every programme genre.

CTV is built upon a highly motivated team of television professionals who have established a wealth of experience and know-how over many decades. We work with you all the way as your technical partner offering you cost-effective solutions as your programme demands,  Not only do you get the latest technology in our wide-ranging OB fleet, you also get access to all areas of real expertise allowing you to get the very best from your production.

CTV is a Euro Media Group company, and with our OB Partners in Belgium, France, Italy, Germany and The Netherlands, we can efficiently deliver our expertise anywhere in continental Europe and beyond.