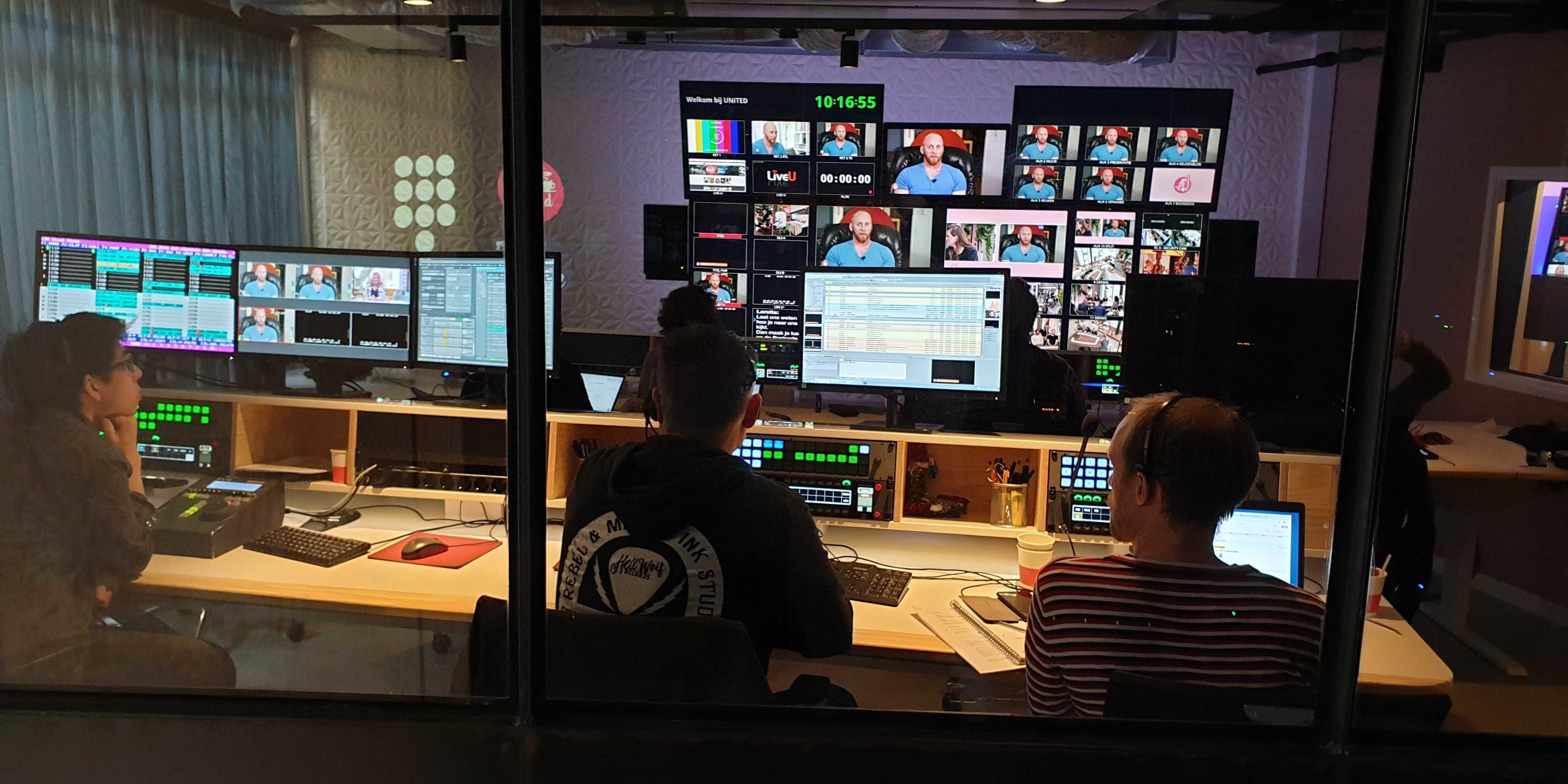 Company works with United to deliver SMPTE 2110-based remote production

For the first time in Dutch TV history, a live program has been remotely produced using an entirely SMPTE 2110 IP-based infrastructure thanks to Belgian media networking and storage company SDNsquare.

Media production service provider United produced Talpa Media’s ‘Koffietijd’ (‘Time for Coffee’) and ‘5 uur live’ (‘5 o’clock Live’) from United’s remote centre in the music pavilion at the Media Park in Hilversum. The recording of the shows took place in the studio of the National Postcode Lottery building in Amsterdam – 35 kilometres away.

At the heart of the project was SDNSquare’s GRID software-defined network controller.

“GRID is a technology and a methodology that enables guaranteed data flows with effectively-enforced QoS in any IP network,” explained Henry Alexander, CEO of SDNsquare. “GRID transforms the IP network and its data flows, making it fully predictable, non-blocking and 100% reliable. As a result, user networks are used much more cost-efficiently.”

“For some time now, we have provided remote live production for a number of programs, among which RTL Late Night,” said Walter van Dorst, Manager, OB Trucks and Studios at United. “What made this project unique was that we used a fully-fledged SMPTE 2110 IP infrastructure – meaning no need for SDI baseband connections. All video footage was sent uncompressed via fibre optic cable.”

“This is a next step in our United Anywhere proposition,” van Dorst continued. “We can offer remote production and video editing anywhere in the world, no matter where the recording takes place. It gives us the ability to decentralise the hardware – which not only makes our logistics simpler and more cost-effective, but also contributes to our sustainability goals.” During the broadcasts United made use of Leaf-Spine network topology.

“This ensures that our remote centre is flexible, reliable and scalable,” said Paul van den Heuvel, Manager, Technology at United. “We ensure that the hardware can be located wherever it is needed; that what the United Anywhere concept – which we developed ourselves – is all about.”

Leaf-Spine technology, which is managed by GRID, is modular and centres around several small switches and calculates the capacity needed for different applications. Thus, it essentially functions in the same way as the data centres of large technology companies such as Amazon, Facebook and Google.

Further information on SDNsquare and its products is available at www.sdnsquare.com .

SDNsquare’s solutions will be on display at IBC on Arista booth 8.E30 and on EMG booth OE D01.

United is a service provider serving national and international customers in the TV and media production industry. With the latest generation of facilities, committed and service-minded professionals, we make content creation easier. We combine our years of experience with dedication, flexibility and creativity. United has the entrepreneurial vision of a start-up, and strives for perfection and the professionalism of a major player with an impressive track record. Our staff is passionate about developing high-quality tailor-made solutions to help you create, manage and operate your video content worldwide.