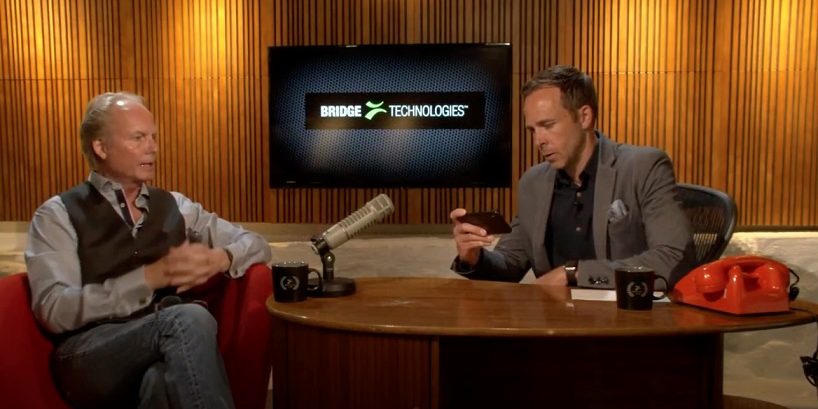 The fun of clichés, millennials and consumption habits…

If there’s one thing the internet is good for, it’s allowing people to make sweeping generalisations about the way things are. And were. People tend to get very tribal on the internet. ‘Them millennials…’ you see many forum posters begin. ‘Them millennials ‘ have got no attention span. Always in need of instant gratification. Won’t pay attention to anything for more than two minutes’.

There can be no doubt that content consumption trends have changed. Giant technological leaps have led to an OTT revolution, where content is selected (somewhat) deliberately and with intention, rather than accepted as part of a selection of curated content chosen for the viewer, from which they could select from just a few options (four in the 1990s in the UK), and then increasingly more (200+ with services such as Freeview and the offerings of satellite and cable providers).

And our patience with these services has also changed. For a long while audiences rode the wave of novelty; simply happy that they could get a film or series of their choice, direct to their device, whenever they wanted. A little bit of pixelation? That’s OK. A couple of minutes of buffering? No problem, go make yourself a cup of tea whilst you wait.

These days, audiences will barely tolerate a moment’s disruption to their viewing experience. But does that necessarily equate to demanding ‘instant gratification’? If you bought a newspaper full of typos and blurred photos, would you shrug your shoulders and say ‘well, hey, I’m just lucky to be getting the content, no matter how it comes’.

No, this myth of millennials demanding instant gratification can’t come simply from demanding a certain quality of production. There must be some other basis to it.

Nobody wants to wait a week…. Do they?

So does it instead refer to the way they consume content? One of the biggest transitions of the last decade is the idea of the ‘binge watch’. Whilst previously episodes of our favourite series came out once a week, and watching them became a ritual that was followed by the ‘water cooler’ discussion at the office next day, things are different now. Now there is a peculiar ‘twilight zone’ where you can’t be sure that anybody has had time to devour the whole season in one day, and so have to keep tight lipped even when bursting with excitement.

Even harder than avoiding your colleagues’ and friends’ opinions on the subject is avoiding the collective scream of the internet, and if you are one of the few who doesn’t manage to ‘pull a sickie’ (no, of course we’d never do that) to watch a new release in a single day, then suddenly the internet becomes a minefield in which just logging on to check your emails risks exposing you to a deadly spoiler.

Of course, from a technological rather than sociological point of view (because, let’s remember, we are in the technology game), the sheer levels of data being streamed OTT to accommodate a new ‘binge watching’ paradigm are immense. And, as discussed above, this is all demanded with absolute reliability and the highest quality of broadcast possible. In such a competitive environment, OTT providers need to be sure that their networks can handle not just constant low-level demand, but the high spikes that come with the ‘must see it now just when it’s been released’ mentality of modern content consumers.

How can they ensure that? Well, we’ll get to that later, but I’ll bet you know where we’re going with this already.

A bit of self-restraint

Returning to sociological habits though, what might surprise you though is that even given the option to binge watch, many – in fact, most – don’t. There’s a trend for eking out the pleasure, sharing it with a partner, scheduling it into the day around other ‘real world’ responsibilities (or so say Parrot Analytics, 2018). It’s why shows such as Game of Thrones knew that they could still maintain a captive audience even when releasing an episode each week (and waiting multiple years between seasons). They didn’t feel compelled to give their content to their viewers in one big dragon-breathing dump.

So even this idea of binge watching flies in the face of our ‘modern audiences are instant gratification junkies’, right?

Long and short, quick and slow

OK, how about the length of attention – what can we say about audiences on that front? Well, yes, there is definitely a trend towards short-form content. This might go well over your head, but TikTok is very much a thing for young audiences – a platform for uploading mobile videos no longer than 60 seconds long. YouTube has also become a different beast altogether, moving from place where you shared a family home video to the equivalent of a full-blown broadcaster. Short-form documentaries, multi-part series, vlogs and other content have become popular on YouTube – and these tend to work around the 10 minute mark.

But the stats still support the idea that we like long-form content. According to the Global Internet Phenomena Report from Sandvine, it’s still Netflix that takes up 19.1 of internet bandwidth in the Americas, with Amazon Prime coming second at 7.7% and YouTube ‘languishing’ in third place. That indicates that we mostly still like to watch a proper-length film or TV show.

And let’s not forget, with all this focus on OTT, traditional linear TV still has a massive place to play. Too much choice is almost crippling – which leads to evenings spent asking your partner ‘well what do you want to watch?’ whilst flicking through the Netflix menu for three hours solid. There is something to be said for having four options plonked in front of you, and told to pick the best (or at least, the least worst).

Getting to the point

Where are we going with all this? Well, I suppose the point we are trying to highlight is:

The rise of available technologies hasn’t cemented a new way of consuming content, it’s merely diversified how people choose to do it. There are more choices of content, and more ways of viewing it, than there has ever before.

Regardless of how audiences choose to engage with content, they are becoming more discerning than ever, and the market is become more saturated than ever, so broadcasters – of whatever type – need to be at the top of their game.

Now from a Bridge perspective, this tells us a few key things. It tells us that companies offering services which support broadcast operations (such as monitoring and analytics) need to be flexible, adaptable and fast on their feet. They need to be able to support the full range of possible distribution and consumption options, and moreover, they need to be able to adjust and adapt as those options change in their nature and usage. They need to provide information to broadcasters in a way that is usable and meaningful – that even non-technical professionals can access and make use of in their decision making process.

And so – you won’t be surprised to hear – this forms the core of Bridge Technologies thinking. Deployable over almost every possible conceivable network configuration, Bridge is now able to offer a comprehensive, end-to-end, fully configurable approach to monitoring through ISM (Integrated Services Monitoring).

This means that for broadcasters who have OTT as just one element of their service delivery – or for those looking to grow their OTT capabilities – Bridge is there to help ensure that regardless of how your audiences choose to consume content (standing on their heads eating grapes for all we care), they will always be sure to receive high quality, reliable content.