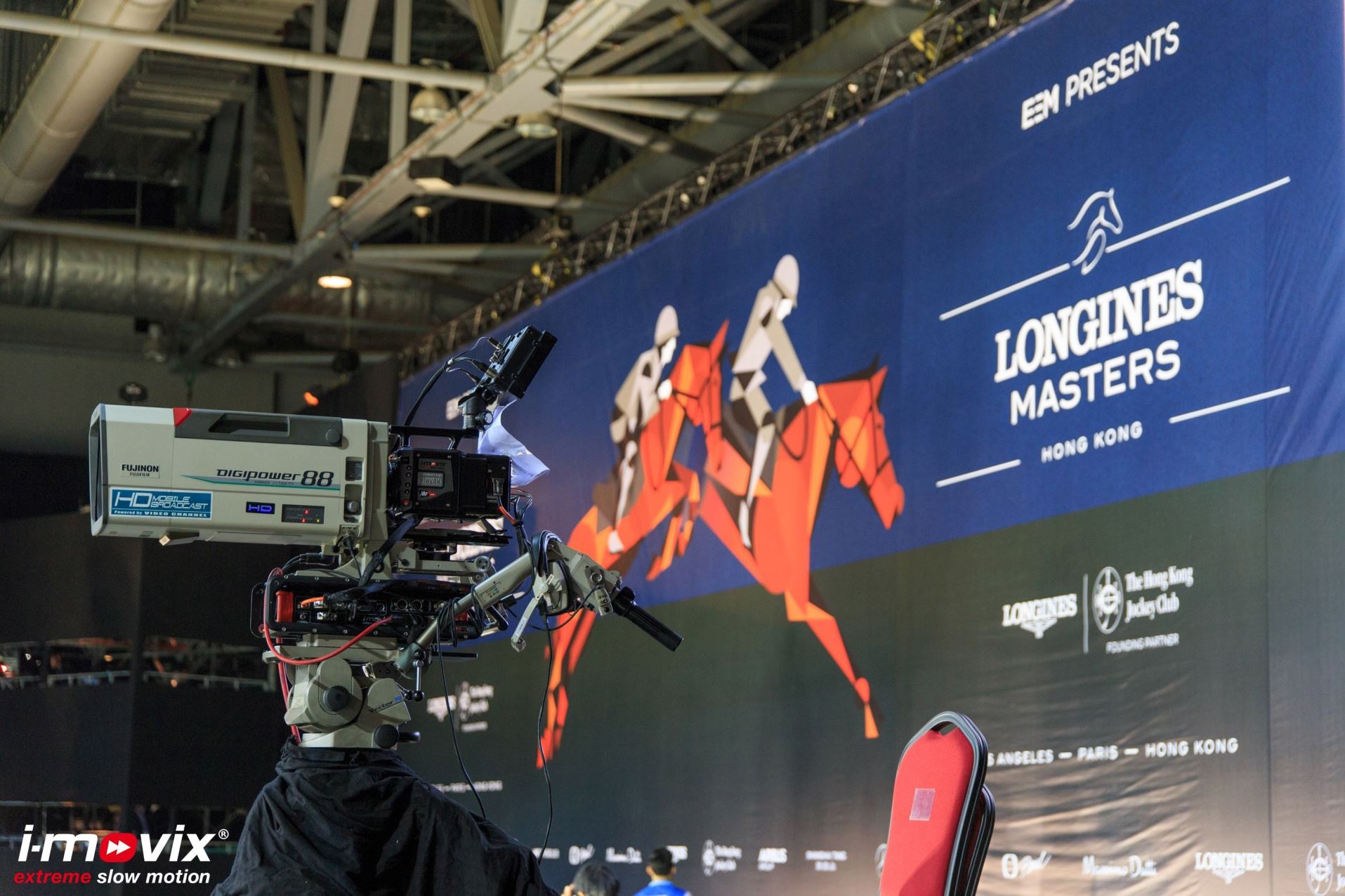 One of the world’s most prestigious sports series, the Longines Masters, has premiered INFINITE, the new ultra motion system from I-MOVIX.

EEM, founder and organizer of the Show Jumping events, included INFINITE in its production at the Parisian Leg in December, using it to capture the entire event in a continuous shot at 500fps in 1080p HD – a broadcast first. The ground-breaking INFINITE system was featured again in the coverage of February’s Longines Masters in Hong Kong.

The ability of the system to operate in standalone mode, recording more than one hour’s action on board without requiring a production server, simplified the setup and workflow for the production. By shooting the entire event continuously the production team had every moment of the action available for instant ultra-slow motion replay, and were able to feature beautifully detailed imagery to highlight moments of drama.

“Innovation is an integral part of who we are at EEM,” explains Fabien Grobon, Managing Director at EEM and former Marketing Director of Roland Garros. “We are continually working to create the highest standard of sport and presentation and this is paramount to the growth of the Longines Masters Series globally. In order to best capture the World class Show Jumping across three continents, we rely on I-MOVIX for its technology that allows us to go right into the center of the sporting action.”

Based on Vision Research’s Phantom® Flex4K camera and the I-MOVIX X10 platform, INFINITE can be operated in a range of modes to meet the most challenging production constraints, either technical or financial. INFINITE helps streamline production logistics when used either in standalone mode without a server, or in conjunction with a server, where it only requires a single channel, saving both fixed and operational costs as well as space in the mobile truck.

The system captures more than one hour of continuous action in high speed and in high resolution allowing an entire sports event to be recorded non-stop. INFINITE’s ability to provide trigger-less coverage means a dedicated operator is not required, the camera workflow is greatly simplified, and the production team never risks missing anything.

“This was the first time ultra motion had been incorporated into the coverage of the Longines Masters, and the simple trigger-less workflow made it easy for the production team to setup and operate,” said Laurent Renard, CEO of I-MOVIX. “This is the ideal showcase for INFINITE – demonstrating how easy it is for a production team with no previous experience with ultra motion to be immediately at home with the system in a high-profile production.”

INFINITE will be shown at NAB 2016 (booth C8725) and is available for immediate delivery.