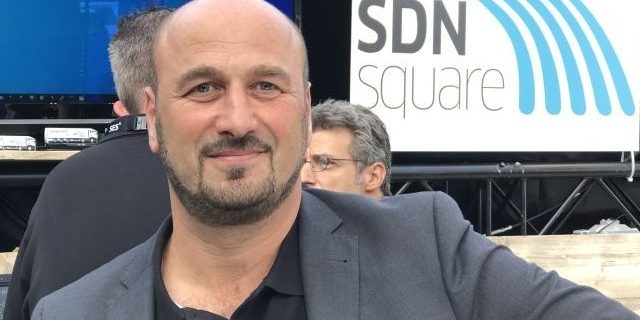 Technology will save us all! Won’t it?

When you come from a technological mindset, it’s easy to approach every problem with a technological solution. And no wonder – technology has changed the way society functions so fundamentally in the past two decades that it is easy to see it as the universal salve for modern problems.

And with the changes that the past year has brought, people have automatically looked to technology to fill in the gaps that have been left in the physical distances between us.  Rightly so – the concept of COVID-19 just ten years ago might have been a very different prospect in terms of people’s attempts to achieve ‘business as normal’: be it through entertainment on demand, multi-party audiovisual communication platforms, online shopping or the cultural familiarity and comfort we have with social media. It’s been amazing what we have managed to achieve in relation to maintaining our needs, our values, our ways of being and our sanity in truly trying times.

But can technology solve everything? How many social conventions can it truly replace? How often are its attempts to imitate physical realities ultimately too much of a poor-man’s facsimile to offer genuine value?

This is a question we’ve been asking ourselves in relation to the recent Virtual IBC 2020, and we think it’s a question that all IBC attendees would benefit from asking themselves too.

How we felt about the current ‘new normal’

Our experience at SDNsquare has ultimately been quite mixed. IBC announced their intention to move to a virtual event relatively late in the year in the middle of July, but deserves significant praise for doing so. If there has been one thing that has marked these past nine months, it has been the idea of uncertainty: constant upheaval and an inability to look forward and make plans doesn’t just take a logistical toll on a business, but a psychological toll on its members. So IBC giving businesses the ability to make definitive plans on was a small but important psychological boost.

The problem was, logistically it didn’t quite work out so smoothly. For reasons not entirely clear, the initial marketing campaign alerting companies to the online exhibit and allowing them to choose the best package for their participation passed us by. This meant that there was something of a last-minute rush to get things organised. So much for forewarned is forearmed.

However, once we hit the ground, we hit the ground running, and organizing our online presence went smoothly. We decided specifically to pursue the path of conducting a number of zoom webinars, covering some of the major developments in the field of software-defined network management.

The notable difference in the virtual approach was the quantity/quality ratio of leads. Back in the ‘good old days’ we were all far too used to the over-zealous ‘scanner scouts’ on every booth, leaping upon you to get a scan of your IBC badge so that they can tot up booth visitor statistics at the end, and send out marketing materials. For months afterwards, emails flood in from companies you’d never heard of, but who you had made the mistake of loitering close to for a few too many seconds as you finished up your coffee.

So yes, physical IBC definitely generates the numbers in a way that virtual IBC could not hope to match. But what about the quality of those leads? Well, on that front, we were quite pleased. In essence, if someone is making the effort to log-on and engage with a company in an online sea of endless content, there is probably an element of pre-qualification in that lead already. So we were pleased with this dimension.

However we would like to know how visitors experienced their first virtual IBC Show. We happened to hear that many got lost in semantic issues and could not find what they were looking for….

But ultimately, an online platform simply doesn’t (or doesn’t currently) give the exposure that the physical IBC would have granted us. A lot of this may be related to size; the bigger players dominated the virtual event in a way that wouldn’t necessarily be the case at physical IBC. Of course, the big names have an immense presence at IBC every year, but the nature of the thematic hall-based setup meant that smaller contributors were able to position themselves effectively in a place that mattered even when being given a small space on a big  player’s booth. This interaction between big companies and start-ups have always been supported in the physical world. Think of the several innovative and outstanding solutions  designed by  small vendors and supported by big players that have  been showcased  at the ‘real’ IBC Show over the years. This simply hasn’t translated in an online environment. Is there a way that it could in the future? We’re not sure, but we’d be interested to explore it.

Why write a blog about our experiences? And perhaps even more unusually, why write one that doesn’t couch things on overwhelmingly positive terms? Blogs are marketing devices, right? Full of smiles and positivity? Well yes, and no.

We think that it’s really important – and more than ever in times like these – that the industry pulls together and recognizes its areas of commonality, the places it can cooperate, the ways in which it is a source of community rather than competition. IBC may mean seeing your competitor set up across Hall 8, but the way in which it brings everybody together to work on progressing the broadcast industry as a whole makes it, ultimately, a community undertaking.

And in order to continue that sense of community, it’s important that we are comfortable in maintaining a clear, open and honest dialogue with one another about our experiences; about what works, what doesn’t, what could be improved.

For us, the 2020 Virtual IBC was a good first step. But there is still a way for it to go. Even if we hope that ‘business as usual’ is around the corner…somewhere, there’s less guarantee for it today. The levels of time involved in securing that return still remain uncertain. If Virtual IBC is going to become more than a mere one-off, stop-gap solution to tradeshow exhibitions in an era of social distancing, then we think both the industry and the organisers still have a lot of thinking and talking to do to continue to meet the needs of a fairly diverse array of stakeholders. We’d like to be a part of that conversation.