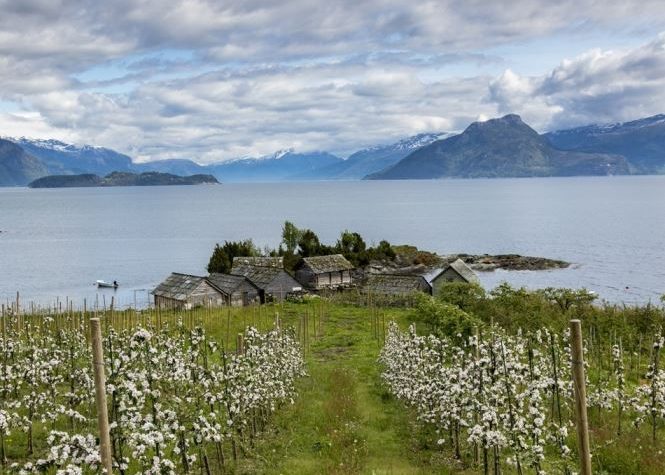 The broadcast industry is talking increasingly about the role of the cloud – but is it yet ready for prime time?

When Joni Mitchell concluded the third verse of her much-covered 1967 song “Both Sides Now” (which was, interestingly, a hit for Judy Collins before Mitchell recorded it) with the line “I really don’t know clouds at all” – she might have been speaking for the broadcast industry in 2016. It seems to me, there’s still a great deal of uncertainty about what the cloud might mean.

For the broadcast industry, the cloud is something of a new phenomenon. It’s an opportunity that has presented itself with the progressive IT-ification of the industry – but for the IT industry, it’s long been a fact of life. In fact, you could almost trace its roots back to the time when Joni Mitchell was first making a name for herself, with the availability of RJE (remote job entry) services.

Why has the cloud become a significant fact of life in the IT industry? There are a number of reasons. Perhaps first among these is the desire to reduce CAPEX in favour of OPEX. For many companies and organisations, building out huge server farms and data centres in order to accommodate huge increases in data flow and users – not to mention the added burden of accommodating an increasingly Internet-centric world – was becoming unaffordable in capital expenditure terms. The cloud offered the opportunity to replace that heavy upfront cost with a manageable, predictable operating cost.

Pay as you go

An additional attraction, of course, is that you pay only for what you use. In an ‘owned server’ model, the fact is that you have to invest in enough computing capacity to meet peak demand – even if that means that, the majority of the time, your servers may be lying idle to a greater or lesser degree. The cloud delivers flexibility, easy scalability and redundancy.

The cloud also creates a highly secure environment in terms of data integrity. Disk crashes and disaster recovery are, in effect, no longer the concern of the company or organisation: they are simply “taken care of” by the cloud operator.

A third reason why the cloud has become attractive is that, for many businesses, the realisation dawned that running huge rooms full of servers was not their core business – nor, particularly, an area of expertise. Those businesses were, more and more, looking to outsource those activities – catering and cleaning are two relatively trivial examples that come to mind – to companies for whom they were a core competency. Outsourcing non-core activities allowed organisations to focus their efforts on what their business was all about.

A fourth reason might be that, using a supplier who is in the business of delivering computing services gives you access to expertise, experience, capabilities and resources that are well beyond anything you could – or would want to – develop in-house.

You’re probably thinking: “All those things – reducing CAPEX, maximising flexibility and security, focusing on my real business and leveraging external expertise – are no less important to me as a broadcaster. I should be thinking about moving towards a cloud-based model for my infrastructure.”

And indeed you should. But: perhaps not today.

For those of us in the broadcast industry, the cloud is not quite there yet. Why do I say that? Simply: unlike the ‘average’ business, the broadcast business is hugely sensitive to latency. For most businesses that are not in the business of distributing high quality video content, latency is a non-issue. For us, it’s all but a matter of life and death.

The fact is that, by communicating with the cloud, there are various stages at which very small amounts of latency are added. Individually, they’re scarcely relevant: collectively, they make a substantial difference. As things stand, the public network really isn’t designed or equipped to handle traffic that is highly latency-sensitive.

Of course, some organisations have elected to pursue a private cloud strategy, in which they can ‘iron out’ those delays. That is, of course, always an option – but, in my mind, somewhat defeats some of the key reasons for choosing cloud in the first place.

It’s important too to realise that while the cloud may appeal by virtue of its perceived simplicity, it can add a layer of complexity to the workflow. With in-house servers, you have absolute control over your data. There’s an extent to which deciding to follow a cloud-based model depends on the kind of person or organisation you are: how happy are you handing over ‘control’ to a third party?

With your local servers, you also have absolute control over the security of the path your data follows within the workflow. A cloud-based paradigm can add a layer of complexity in terms of increasing the security of data transmission.

I said above that “the cloud is not here yet” for the broadcast industry. “Yet” is the key word. What is true today will be less true tomorrow – and even less true the day after that. It’s also important to note that, for non-latency-sensitive applications, such as OTT, the cloud is today a very practical reality.

The cloud will increasingly become a viable option for the broadcast industry as the supporting network infrastructure is upgraded, thanks to the accelerating commoditisation of powerful hardware (and the software that turns a platform into a solution – something that Bridge has long been a firm believer in). Moving around 125,000 packets/second isn’t currently achievable with what we have today – but 10 Gigabit bandwidth is rapidly becoming the norm, and we’re now starting to see the inexpensive 25 Gigabit network products enter the market. There’s no doubt in my mind that that will soon become as commonplace as 1 Gigabit once was. The cost of the necessary bandwidth is becoming less prohibitive by the week.

It was very apparent at IBC that the industry is gearing itself up for a cloud-based future, with multiple exhibitors offering appropriate solutions. And, indeed, it is the future. That’s one side of the story. The other side is that the operational reality isn’t quite with us today: the upsides need to be weighed against the downsides

To finish where I started: