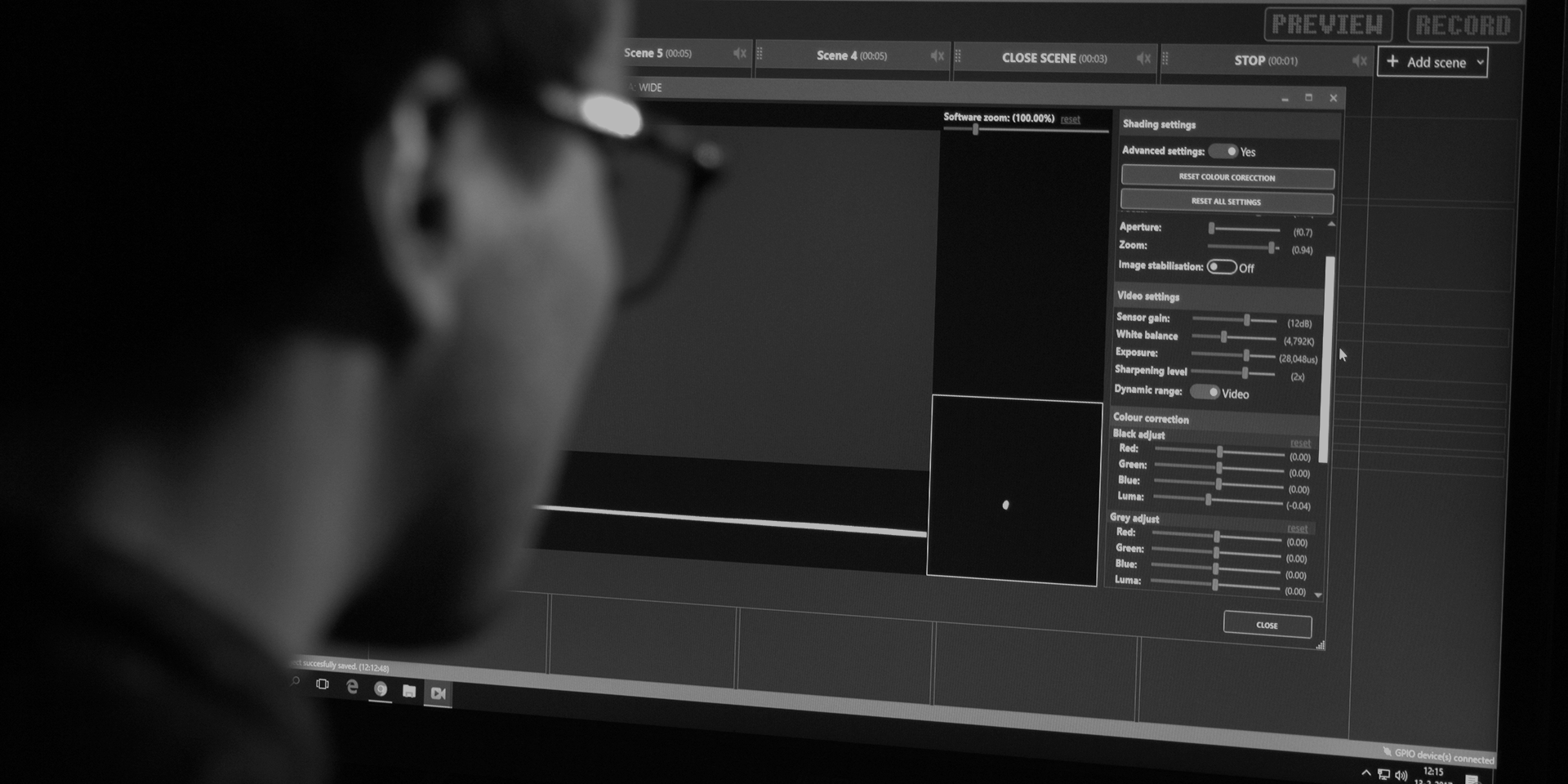 How WebClip2Go is Changing Video Production

The benefit of thinking differently

It’s funny how quickly ways of thinking can become entrenched. Be they on a collective or individual basis, even the most critical and analytical of us can slip into thought patterns which perpetuate a single way of doing things – and frequently one that doesn’t make the most sense.

Often this is because of inherited biases: something was done one way, once, when it made sense to do it that way. As it evolved, tweaks and changes and adaptations were made to accommodate changing circumstances. But eventually, those changing circumstances become so far removed from the original situation that an ‘evolved’ design simply doesn’t make any sense any more. At some point, somebody should have clocked how different the context had become, and redesigned from the ground upwards. As we like to say at WebClip2Go, ‘the car didn’t come about from putting wheels on horses’.

Sometimes though, people do recognise the need for a change. But change is a scary thing, and it takes a bold person to speak out and say ‘hey, I don’t mean to criticize you guys, but I think we could be doing things better’.

Well, at WebClip2Go, we like to think that we’ve recognized the need for this kind of change, and are bold enough to speak up about it. Our particular area of focus? Video production and the workflows associated with it.

Historically, video production – at any vague level of professionalism at least – has been cumbersome, expensive, complicated and exclusive. Partly by necessity – there was a need for expensive equipment, high expertise, and a significant investment of time. But partly because the process was built on ways of thinking that entrenched those high financial, knowledge and time investments. And let’s face it, it wasn’t to anybody’s benefit to change the status quo: lots of people at the top of the game were making a lot of money by keeping video production within their exclusive preserve. Democratising the process wasn’t going to help anyone – except the people that needed it.

Well, at WebClip2Go we decided to put an end to that. With a significantly lowered cost of camera and audio equipment, there shouldn’t be a reason to exclude non-technical experts from joining the fray. Maintaining video production as an exclusionary preserve of the production elite means that content creation is being missed from some of the people who we most need and want to see it from.

Education institutions, technical experts, SMEs seeking to get their message out, creatives – just as it used to be said that ‘everybody has a book in them’, we believe that everybody has a video in them – many videos in them – knowledge, expertise and ideas that could be shared so effectively if they were given the chance to shine in a professional quality video production.

As a result, WebClip2Go developed a system that can work with just one operator and minimum equipment (though it can expand to accommodate a full suite of cameras, lighting and audio, should that be what you wish). No crew, no editing, and an ‘any space’ studio. Using a fundamentally different approach to video production workflow, WebClip2Go allows just about anybody to be churning out professional quality video within a few hours of training, and at a remarkably fast output rate. All of this is achieved using a proprietary selection of hardware and software, which you can discover more about here.

As you get to know the WebClip2Go product even better, you’ll understand that it isn’t just the vague overall nature of video production that we’ve reinvented. Every little process embedded within the suite (and trust us, the functionality is almost endless) has been carefully reconsidered, to discover whether that status quo can be turned upside-down and reinvented for the benefit of the user. We believe that truly effective innovation and democratisation means pulling apart everything, from the bottom up, examining its working pieces, and putting them back together in a way that is right for the modern context they operate in, not the traditional roots that they grew from.

Here are just four elements of functionality that demonstrate how we are thinking differently about even the smallest or most fundamental elements of video production.

The artist selects the canvas

There is hardly a tech-field in existence that hasn’t had a battle of standards – commonly called a ‘format war’. Of course, the classic example is that of VHS versus Betamax – but there are plenty of other examples too: audio compression, Blu-ray versus HD DVD, FireWire versus USB.

The problem is that in these fields, the ‘winner’ is not always the standout technology, and the forces that drive the winner do not always stem directly from the user and what they really need. The industry dictated to the user what standard was going to be adopted, and the user shrugged their shoulders and tried to make their practices work within the single choice they’d been given. Back in ye olde days of video production – form tended to dictate function. You made videos in a horizontal format, probably with an aspect ratio of 4:3. That was it, that’s what you did.

Well, in line with our philosophy of democratization at WebClip2Go, we decided to hand the power back to the user. Only the artist can start a project knowing how they want to paint, and why. They should be able to choose from multiple options in order to adopt a canvas that is suitable for their project. Well it’s the same with us. Rather than dictating outputs to the user, we offer choice. Horizontal, vertical or square: aspect ratio, resolution and codec choice are all placed in the hands of the user. With us, there is no standard.

Taking back the power (and the point) of PowerPoint.

Another example is the way we integrate PowerPoint functionality into the WebClip2Go process. PowerPoint integration is not actually that uncommon in the field of video production systems. Many systems are happy to take that PowerPoint, translate it to flat images that lack the animations you’d chosen, and throw it up on the green screen behind you in accordance with the timing settings that you’ve given it.

Well, in following with our philosophy of ‘we don’t have to do it the way it’s always been done’, we decided to make sure that if we were integrating PowerPoint functionality, then we were going to integrate it properly. No converting PPT files into images, but instead actually importing the PPT file and allowing you to manipulate it during the video creation process.  In this way you get the best of both worlds; a much higher degree of control and functionality, but all the simplicity and usability of a program that you’re already well familiar with.

And yes, that means that unfortunately, if what you want is for every letter to fly into your presentation from the side of the screen, one-at-a-time in an excruciatingly frustrating manner – you can make that happen. After all, we’re in the business of giving you the tools to exercise your creativity, but the way you choose to demonstrate that creativity is completely up to you. For better or for worse!

The professionalism of a production is not just facilitated by how swish the edit is, but by the professionalism that the presenter or host is able to demonstrate on screen. The clarity, smoothness and comprehension of a presenter are all contributed to by the support equipment that exists within the ‘studio’, and at the heart of this sits a teleprompter.

Now you’ve almost certainly seen comedy outtakes of presenters tripped up by their teleprompters. Irregular speeds, mistakes – they may be funny, but they lead to bad takes, which cost time and money. Our teleprompter doesn’t just scroll and pause in line with the presenter, the speed is actually determined by the speech. The teleprompter is actually reading the text as you talk. It doesn’t just know you’re talking, it knows what word you’re on. And more than this, using clever algorithms, it learns how you speak so that it can get better and better each time. Whilst other video production suite creators have attempted to bring similar solutions to the market, we’re the only one we know integrating it right into the heart of our presenter control panel.

Following on from the amusement inherent in poorly executed teleprompting, how about the hilarity that comes with YouTube-generated subtitles? Often nonsensical and frequently rude, auto-subtitle packages may be great time savers, but they end up costing dearly in a lack of accuracy and professionalism. When using the YouTube auto-generate feature, did you know that the accuracy rate is only 80%? And that this drops even further when using scientific language?

What are your alternatives though? You could get an expert to transcribe (and even translate) your content to feed into the YouTube subtitle function. A fair enough solution – if it wasn’t so time consuming, not to mention expensive. If only there was some kind of document that already had all that text ready to go. You know, like a transcript, or PowerPoint notes?

Hold on a second, what about your original transcript? What about your carefully crafted PowerPoint notes? Already perfectly written , double-checked and precise. If you’ve already done the work of creating your spoken content, why should there be any need to do the work twice? Using the original transcript as a base for the subtitle process doesn’t just make things easier, it makes it far, far more effective.

With WebClip2Go’s improved, intuitive workflow, subtitling becomes a simple part of the process, rather than a nightmare headache to be considered once the whole edit has been completed. By making use of the existing transcript – be this in text form or PowerPoint notes – WebClip2Go ensures that your subtitles are flawless and accurate, and match up perfectly with your presenter’s actions, across a range of languages. It’s just a few clicks away.

As with so many other elements – WebClip2Go is coming at each process with new eyes, to give the user new mechanisms for achieving both old and new processes, in a simplified, streamlined, easy and professional manner. We aim to democratize video production through revolutionalised workflow processes, meaning that everybody has the opportunity to get their message out, be that corporate, educational, entertainment – or something else entirely. The only limit is your creativity, not your technical production knowledge.