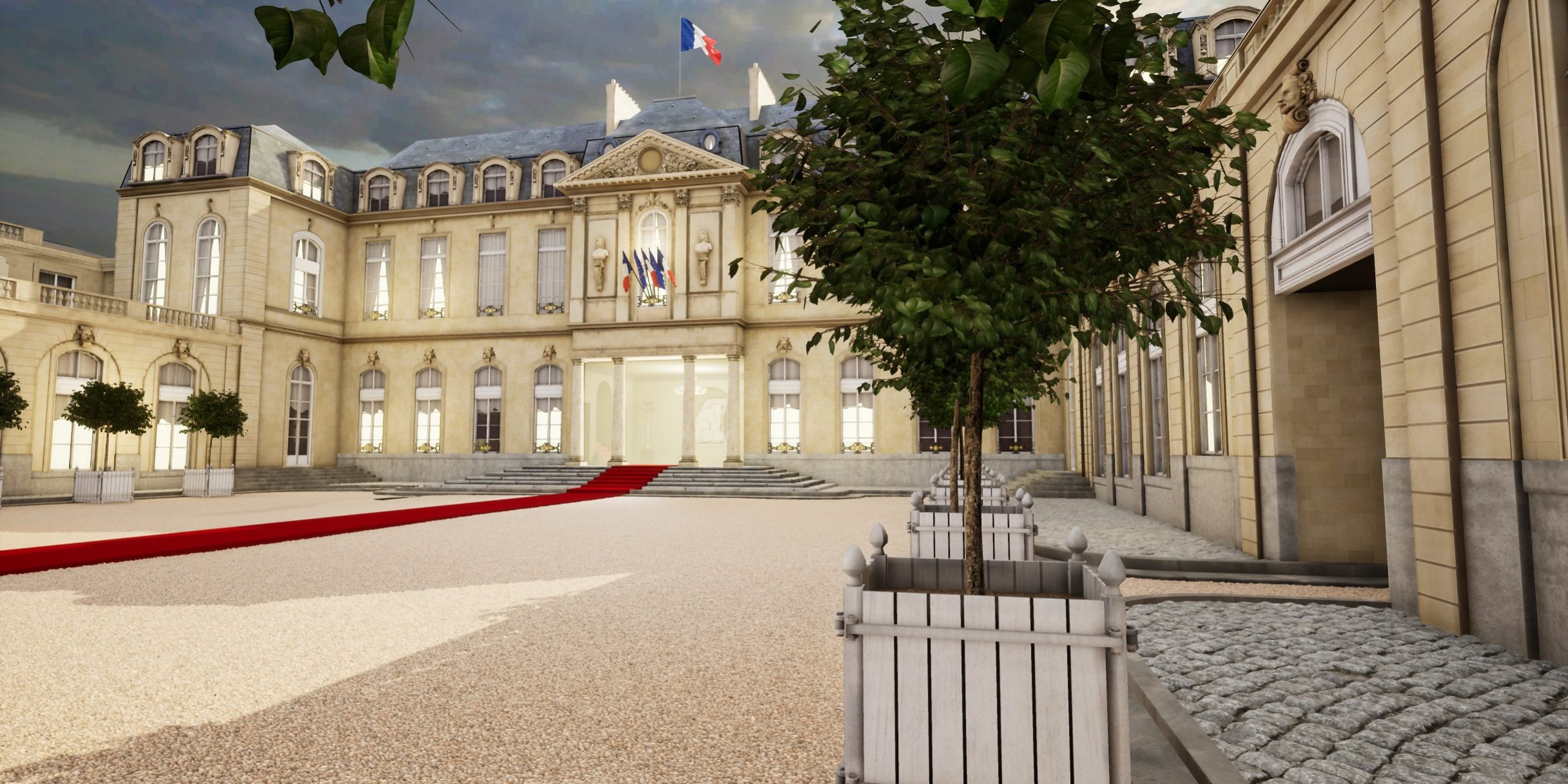 Graphic design and animation studio DreamWall together with virtual studio company Zero Density today announced that they had joined forces to help France Télévisions deliver live coverage of the first and second round of the French presidential election on April 23 and May 7. The companies were chosen by France Télévisions to deliver virtual sets, augmented reality, infographics and animations to enhance the station’s programming, delivering an enhanced, engaging and informative viewer experience.

“With the latest version of Zero Density’s virtual studio solution ‘Reality’, Dreamwall produced the most incredibly photorealistic images available today” said Arnaud Vincenti, artistic director of information programs and scenographer at France Télévisions. “DreamWall are now working with us to deliver a similarly stimulating experience for the legislative elections that will take place in June.”

DreamWall has extensive expertise across a broad range of the skills required to deliver attractive, compelling TV audience experiences from storyboarding and project design through colourisation and compositing to 2D/3D animation and special effects. For France Télévisions, the company developed and implemented the entire workflow – from initial creative support through integration to final delivery.

“Few projects are more demanding or challenging than live coverage of an event like the presidential elections,” said Thibault Baras, DreamWall CEO. “This year, especially, the interest was huge – as it will be in June – so the pressure to deliver was intense. What viewers saw on the screen, though, was the result of meticulous preparation during which we worked closely with France Télévisions to understand their precise requirement and to ensure that requirement was met. It was very satisfying to see the results of our team’s efforts in the live broadcast.”

“We delivered exactly what France Télévisions hoped for,” continued Baras. “France Télévisions had no previous experience of implementing this kind of virtual studio production – this was their first experience – but what they wanted was hugely ambitious, so they relied heavily on our expertise, our ability to innovate and our understanding of how to leverage the enormous capabilities of Zero Density’s Reality. We were able to take the project from kick-off meeting to broadcast in six weeks – a remarkable achievement.”

Zero Density’s Reality is powered by Unreal Engine 4 and features a powerful integrated toolset that provides solutions for all types of virtual studio production workflows, including augmented- and data-driven graphics. Reality sets a new industry standard in virtual studio production in terms of image quality, operation speed, keying technology and in many other ways.

For more information about this specific project please watch this video: http://en.dreamwall.be/videowall/presidential-elections-2017/