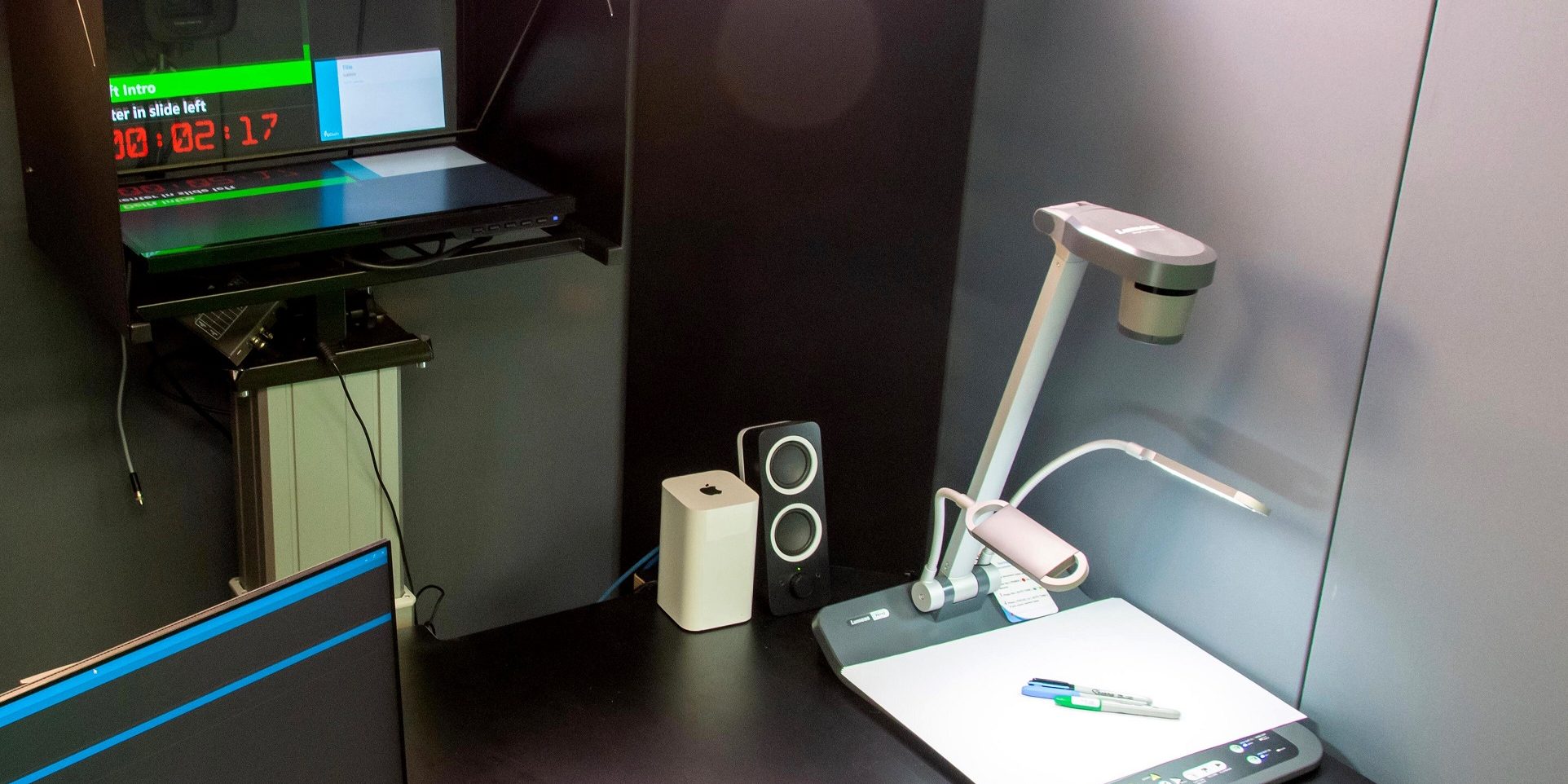 WebClip2Go is proud to announce that it is in the process of delivering and installing a second video production system at the Delft University of Technology, just six months after delivery of their original system. This means that Delft now joins the ranks of Leuven and the Erasmus University Rotterdam as a two-unit WebClip2Go organization. 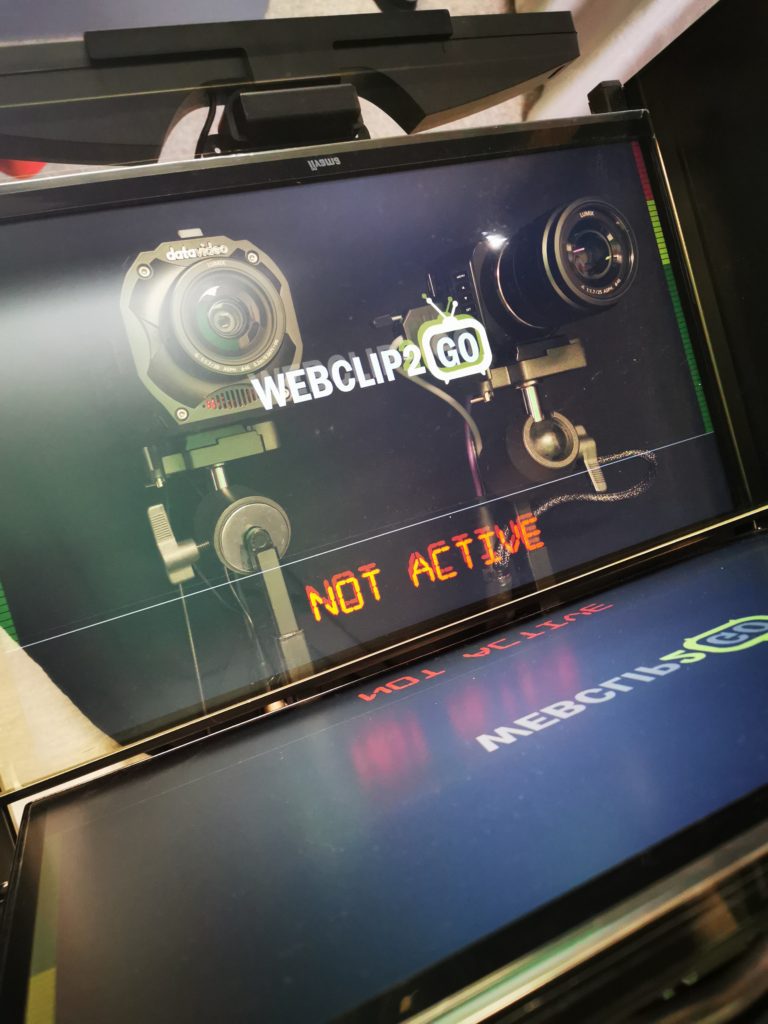 The enthusiasm with which the first system was received within the university’s audiovisual department provided clear motivation and justification for the purchase of a second system, which will be installed at its Aerospace Engineering faculty.

“Quite simply, teachers have found the WebClip2Go system very beneficial for their teaching load”, said Michel Beerens, Head of the NewMedia Centre at the Delft University of Technology. “Teachers like the system because it’s incredibly easy for them to use, the production values are exceptionally high, and it delivers a teaching resource that can be used again and again – making for more efficient content delivery.”

The WebClip2Go system is a completely unique approach to the production of presenter-based video content – turning conventional approaches to editing and filming on their head, and allowing non-professional users to create professional-level content.

Essentially, the workflow process associated with traditional production is reversed. An easy-to-use system allows for the creation of professional-level ‘templates’ – including all the transitions, animations, titles, colour grading, sound FX, and animated elements that you would expect.

It then falls to the teacher themselves to ‘fill in the gaps’. All that the teacher needs in order to achieve this is a basic grasp of PowerPoint. The PowerPoint slides not only act as the content and background to the production, but as the actual tool of control. By naming slides appropriately, they trigger the insertion of the template components that have already been developed especially for them within the main WebClip2Go system – titles, transitions, external video content: everything you would expect from a professional production, controlled simply through the use of PowerPoint.

The teacher then simply enters the filming studio and delivers their content to camera, with WebClip2Go using the provided PowerPoint structure to insert each component in the correct place. It even uses machine learning-based voice recognition to control the speed of the teleprompter. When the filming is completed – usually in just one take – the video is done! No crew, no editing, no post production, and real-time rendering.

For some universities, such as the Delft University of Technology, WebClip2Go presents a completely novel and easy-to-use tool to utilize video content for education. For other educational institutions that have already been experimenting with the use of ‘traditional’ style video content (which required a huge upfront investment of time in learning editing techniques as well as an inordinate amount of time in editing each actual video) the WebClip2Go system now allows this to be completed in no time at all, and with just half an hour of training. Indeed, what used to take hours can now be completed in just fifteen minutes. 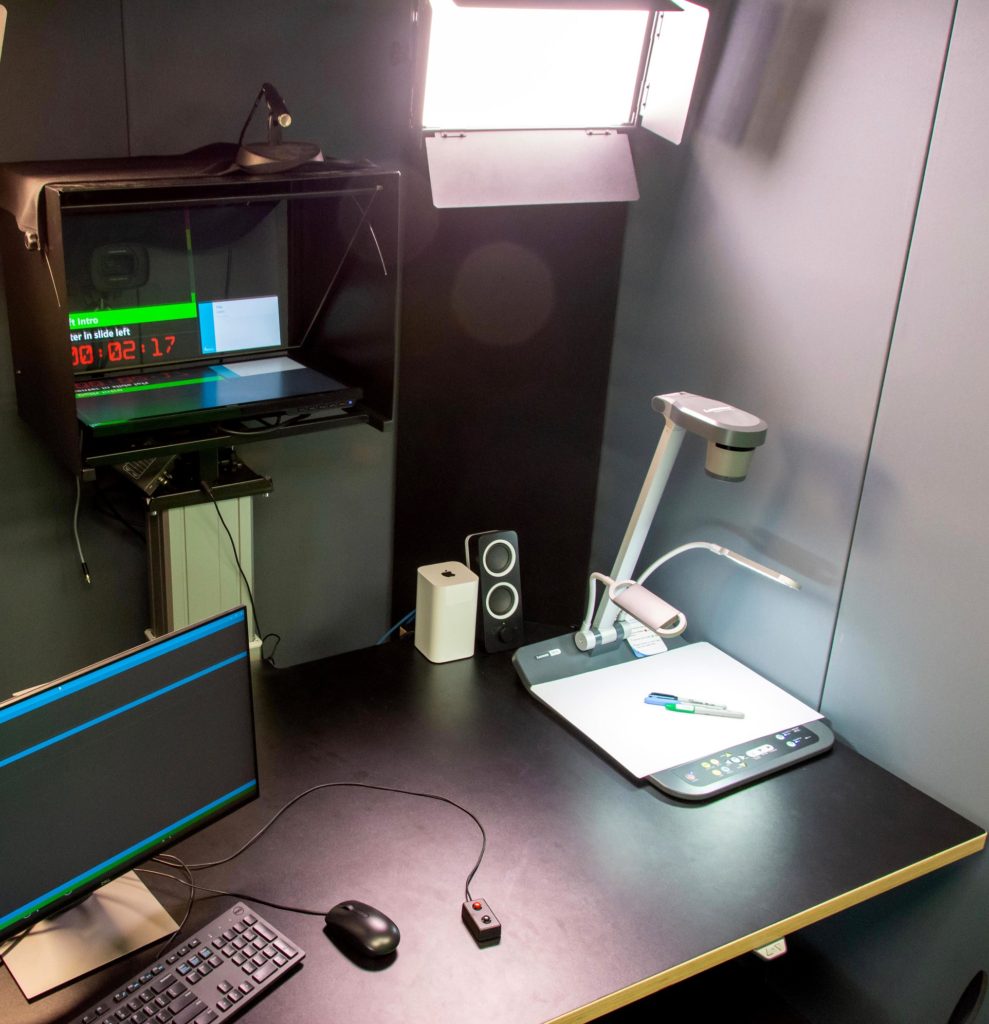 As well as this, the WebClip2Go incorporates a number of additional ‘added extras’ which increase the versatility and usability of the system; from the ability to grab screenshots ‘on the fly’ for use as YouTube thumbnails, to programmable control buttons in the studio, to the creation of .txt files directly from the PowerPoint content (which can be used for a variety of functions, such as subtitling within YouTube).

“We have clients who operate in a range of markets, but it is in the field of education that WebClip2Go’s benefits can perhaps be most clearly seen. Being able to deliver educational content through professional-grade videos in such an efficient manner firstly serves the benefit of adding value to the student experience,” said Gerrit Bulten CEO of WebClip2Go. “It means they can access content remotely, or revisit content they didn’t understand at their own speed. And of course, for the teacher, there are massive efficiency benefits in developing reusable content quickly and easily.”

“We’re incredibly proud to be working with a university as prestigious as Delft – and the close working relationship we have developed is mutually beneficial”, continued Bulten. “It helps us understand even further how we can evolve the system to deliver maximum benefit to educational institutions at all levels.”

Pending current global circumstances, the second installation of WebClip2Go at the Delft University of Technology is due for completion in the near future.

About Delft University of Technology

Delft University of Technology (Dutch: Technische Universiteit Delft) also known as TU Delft, is the largest and oldest Dutch public technological university, located in Delft, Netherlands. TU Delft has been placed in the top 200 universities in the world by five major ranking tables. As of 2019, it is ranked in the top 20 in engineering and technology universities in the world. With eight faculties and numerous research institutes, it hosts over 19,000 students (undergraduate and postgraduate), more than 2,900 scientists, and more than 2,100 support and management staff. The university was established on 8 January 1842 by William II of the Netherlands as a Royal Academy, with the main purpose of training civil servants for the Dutch East Indies. The school rapidly expanded its research and education curriculum, becoming first a Polytechnic School in 1864, Institute of Technology in 1905, gaining full university rights, and finally changing its name to Delft University of Technology in 1986.

The main tasks include providing scientific education, conducting scientific research, transferring knowledge to society and promoting social responsibility. The university has been designated as a ‘public benefit institution’.