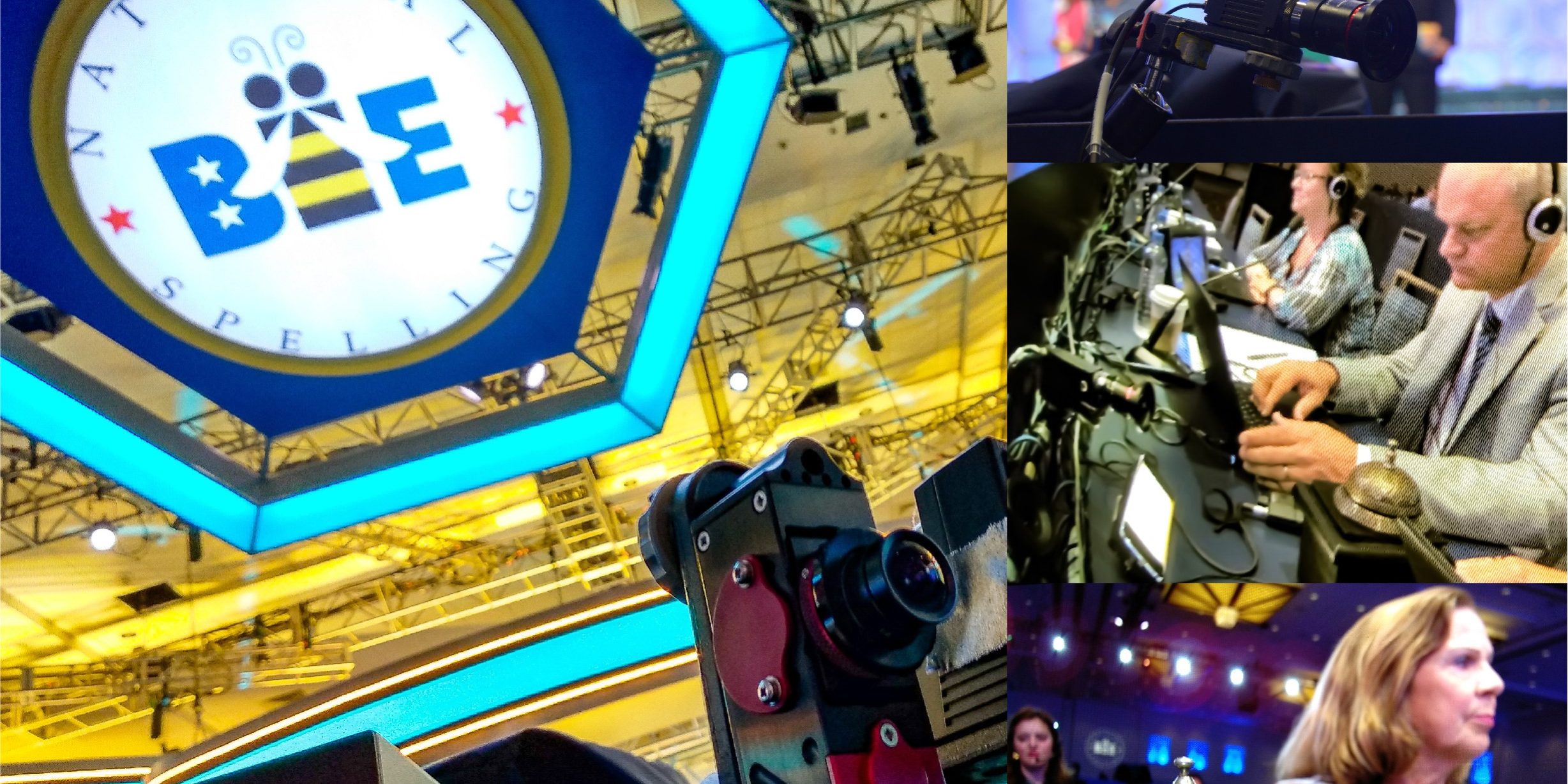 The National Spelling Bee is something of an American institution that has been broadcast by ESPN for the last quarter of a century to millions of TV viewers across the country – and this year, ESPN asked CyanView to deploy its camera control system to support the coverage. Specifically, ESPN needed to control five different types of specialty mini-camera as part of its live outside broadcast.

“That’s precisely the kind of task and event for which CyanView’s camera control system is designed,” said David Bourgeois, founder and CEO of CyanView, “and we were able to accomplish it with a single RCP controlled from the Evertz router panel.”

CyanView also took the opportunity to demonstrate to ESPN the Cy-VP4 video processor.

“A significant issue with mini-cameras is that each has a different set of characteristics and controls,” Bourgeois explained. “Some lack control of blacks, while some struggle to control the colour matrix. The result is output that is visibly different – something no vision engineer wants. ESPN told us that they would use mini-cameras more frequently if they were easier to control and provided better, more uniform image quality – and they saw how they could achieve that with the Cy-VP4.”

This is a recurring challenge with mini-cameras. Each has its own strengths and weaknesses: some, for example, are very small, while others have a range of available lenses, and yet others have the sensitivity needed for good beauty shots. Not only is this a potential problem with output: it can also be difficult for vision engineers to be 100% familiar with each one’s idiosyncrasies and RCP.

“Having a single RCP with a consistent interface with a similar organization to that of Sony cameras definitely helps the vision engineer to find the features needed or to know what the camera does or doesn’t support,” said Bourgeois. “It doesn’t matter if the engineer has never seen that camera before: our RCP enables him to use it as if he had been using it for years. Even PTZ cameras that may have very specific menus that differ between brands can be simply and consistently controlled by using the Cy-RCP and a familiar interface.”

The National Spelling Bee was formed in 1925, and is a spelling competition open to children under the age of 15. A series of local and regional events culminates in a grand final, held this year in National Harbor, Maryland. The winner was 14-year-old Karthik Nemmani, an eighth grader who correctly spelled “koinonia” for the win.

More information about CyanView and its products is available at www.cyanview.com.

CyanView designs and manufactures Cy-Stem, a universal mini-camera system consisting of an RCP control panel and small hardware modules that improve and simplify the production workflow. By leveraging IP technologies to power and transport data, control, audio and video over a single IP cable, CyanView’s solutions address three stages of the broadcast acquisition: control, image quality and video transport. Its universal RCP controller is designed for vision engineers and interfaces with mini-cameras, lenses and other accessories. On the truck side, it also controls video processors for advanced image processing and leverages leading edge colour science in HDR, wide colour space, 4K and high frame rate.