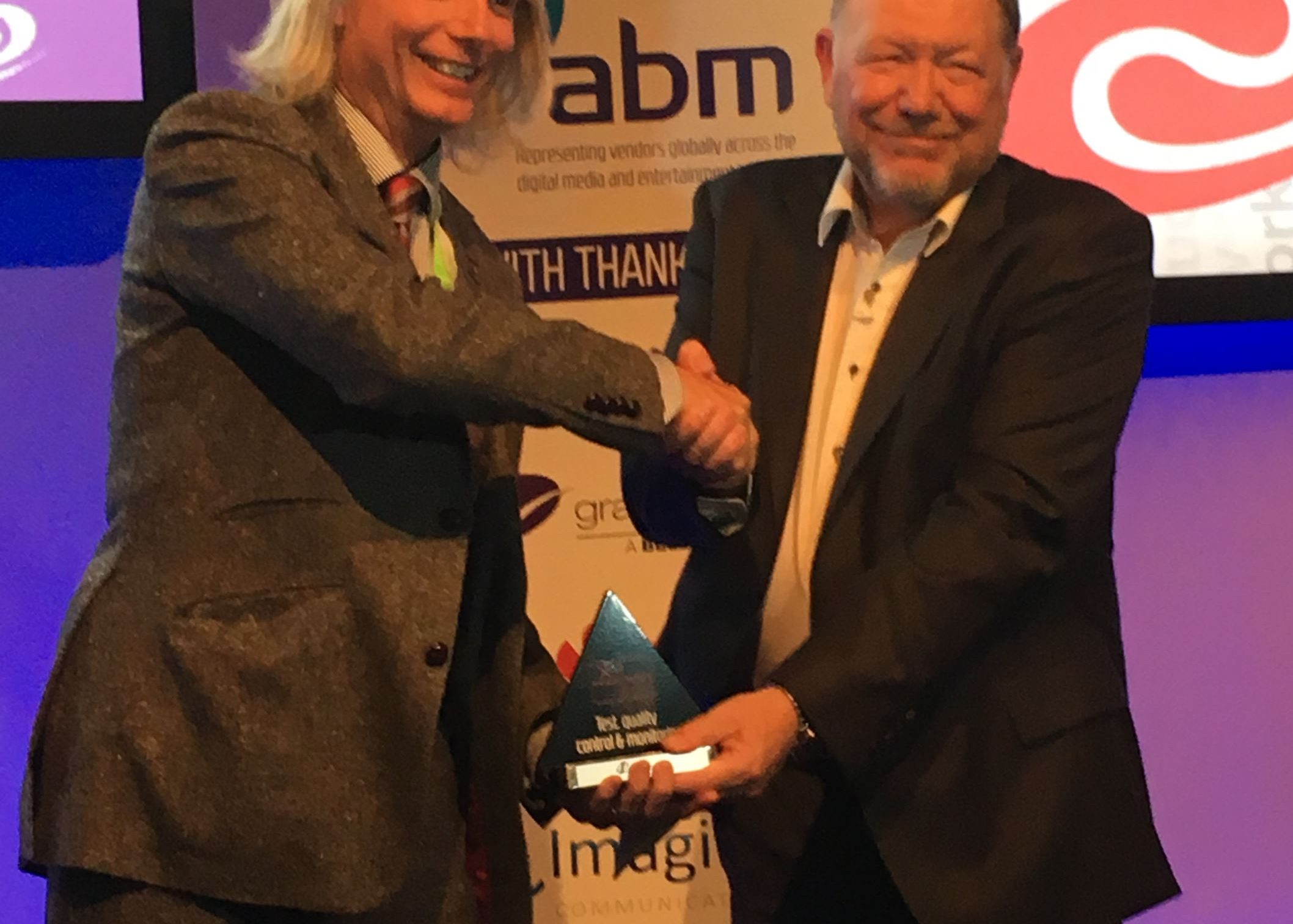 Bridge Technologies today announced that its innovative VB440-V virtual probe was chosen by the judges as the winner of the 2016 IABM Design & Innovation Awards in the “Test, Quality Control & Monitoring” category. The award was announced at IABM’s awards reception and ceremony on 10 September at IBC.

The judges said: “This product allows visibility into sophisticated network infrastructure, thereby solving one of the biggest issues for those trying to diagnose and fix complex network issues in a timely fashion.”

The VB440-V virtual probe monitors high density data traffic in core broadcasting networks, production studios, outside broadcast and master control centres, enabling users to quickly rectify problems affecting quality. It is the first product of its type to become available that addresses two issues of significant concern to broadcasters: the transition to higher Ethernet speeds – it supports dual 40 Gigabit Ethernet interfaces – and the need to support SDIoIP. It is also the first product to feature SMPTE2022.7 dual redundant stream analysis.  Although brand new, it is a development of a proven product family deployed by major organisations around the world.

“The VB440-V provides a cost-effective way forward for network operators to migrate to higher speed interconnects, and also to ease the migration to IP via its support for SDIoIP,” said Simen K. Frostad, Chairman, Bridge Technologies. “It is a vital tool that can enable and support the industry in its transition to a high speed, IP-centric future. We’re delighted that the IABM judging panel has recognised the value it will bring.”

The VB440-V takes the proven architecture of the Bridge Technologies VB330-V and adds support for dual 40 Gigabit Ethernet interfaces, together with SDIoIP. It is a virtual probe, and can be mixed and matched with hardware probes (to which it appears identical) according to customer requirements and configuration. Developed for data centre deployment, it can be installed almost instantly on any standard high-performance server blade to allow rapid scaling of capacity. Through its EII (External Integration Interface) the VB440-V can be integrated with third-party management and data systems.

IABM is the international trade association for suppliers of broadcast and media technology, and facilitates the important networking and interaction between suppliers that shape and define the unique ecosystem of the broadcast and media technology industry. Judging of the 2016 IABM Design & Innovation Awards was carried out by a panel of 40 independent, highly experienced industry professionals, each with specialist expertise in one or more of the award categories, chaired by John Ive, IABM Director of Technology and Strategic Insight.

More information about Bridge Technologies and its products is available at www.bridgetech.tv