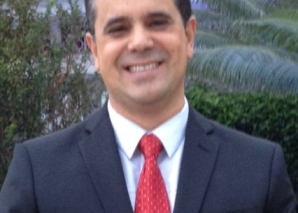 Bridge Technologies has appointed Avicom Engineering as its representative in Brazil.

Founded in 2012, Avicom serves many of the largest broadcast and media companies in Brazil, including Rede Record, SBT TV, Rede Globo, LBV, ESPN, EPTV, TV Vanguarda, FOX, Multivideo. The company provides various services such as business development, marketing, sales, and consulting, and delivers the implementation and integration of systems.

“The Brazilian broadcast and media market is one of the fastest-growing in the world, and it is one that can certainly benefit from the products, technologies and services that we bring,” said Philip Burnham, Sales Director of Bridge Technologies. “Our products are highly complementary to those that Avicom already offers, and we’re confident that our partnership with Avicom will enable us to create a substantial presence in Brazil. We look forward to working with them.”

While the transition from analog to digital is already complete in many countries, Brazil’s geographic size has provided challenges in ensuring uninterrupted viewing for the whole population, and the changeover is taking longer than planned. It is hoped that major cities will have made the switch by the end of 2016, and Brazil’s Ministry of Communications has set end of 2017 as the target for the entire evolution to complete – but some commentators believe this may slip to late 2018.

“The broadcast industry in Brazil is working day and night to meet the analog switch-off at the end of 2017,” said Emerson Perez, Regional Manager for Latin America at Bridge Technologies. “All major networks and markets are looking for solutions not only to meet the digital requirement, but also to be able to manage this new technology in an affordable and efficient way.”

“Broadcasters, telecommunications companies and media companies in Brazil are rapidly transitioning to new technologies and new workflows, and are investing heavily in the digital future,” said Jaime Fernando Ferreira, founder and Business Director of Avicom. “Monitoring and optimising their networks is vital to them, and we’re confident that they’ll find the advanced, affordable solutions they need in the Bridge Technologies range. We are very excited by the opportunity to work with Bridge.”

Founded in 2012 and headquartered in São José dos Campos, Brazil, Avicom serves and represents companies in the broadcast, telecom, satellite and defence industries.

More information about Avicom and its services is available at www.avicomengenharia.com or by phone at +55 12 3322 2918