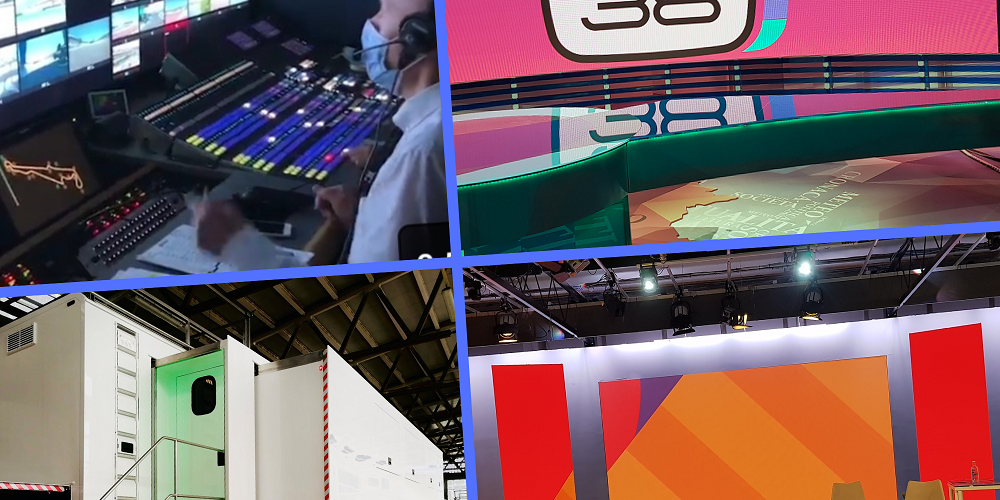 Appreciating the small things in life

Now, more than ever (apologies for the Covid cliché) we are starting to appreciate the pleasure that can be taken from the small things in life. With the opportunity for ‘grand’ occasions largely taken away – no holiday planning, no big celebrations – we increasingly find we need to take our pleasures in the little things; a first sip of coffee enjoyed unhurriedly in the morning, a walk in the crisp winter sunlight, a small message from a loved one or friend.
Yes, it really is the small moments that make up the majority of our day, and thus, our feelings of contentment. But despite this, there’s always an inclination to focus on the biggest things; pinning our sense of well-being to that which we feel will be revolutionary rather than incremental, life-changing rather than life-enhancing.

The same goes in business too. Every announcement you see in the tech and broadcast industry will tend to focus on a notion of grandness. ‘This multi-million euro deal…’. ‘The largest installation ever undertaken’. ‘Industry-leading’. ‘Ground-breaking’. More. Bigger. Better.
Of course these kind of undertakings are important. Businesses can and should push for greatness: seeking to lead in the industry isn’t just about hubris, it’s about passion for what you do, a love of innovation, a spirit of competitiveness that drives progress for all.
BUT
The bread and butter of much of what we do as companies is often much smaller. Groundbreaking deals don’t happen every day. Indeed, with the fast paced nature of change within the technology industry, and the significant expense associated with equipment acquisition, most clients can’t afford to be undertaking complete system overhauls on a regular basis; instead, they need to engage in a process of constant evolution and piece-by-piece upgrades.

Bringing our highest standards of service to every project

What’s really, really important is that we devote just as much of ourselves to small projects as we do to the large ones. We must bring our professionalism, our care and attention, our insight and creativity to everything we do.
Because often, smaller projects can have just as big an impact on our client’s wellbeing and business success as a huge, revolutionary change. Installing new upgrades into legacy systems is in many ways a far more complex and sophisticated undertaking than a single ‘strip it out and start again’ approach. Not only does it require the technical competence needed to ensure compatibility, it also requires a really strategic mindset; ‘If I go with this option now, what will be the implications for the client in two years? In five years? Is it better to fit this element to match that existing capability, or to push this new capability? Where are compromises needed, where can they be avoided? Should we spend now to save later?’
So really, when you’re looking at the competence of a business – it’s not their big deals you want to pay attention to, it’s the way they deal with smaller deals. This doesn’t just speak to their technical competence and their strategic insight into the industry, it also speaks to their values; the way they provide equal respect and attention, regardless of status or money.

Creativity resides in each brush stroke as much as the overall picture
Smaller-scale technology implementations can also be significant not only from a technical point, but a creative one. Small changes can make big differences to the overall picture. Take for instance the implementation of just one high-speed camera (such as the Grass Valley LDX 86 XtremeSpeed), or one mini camera – positioned creatively into a sports setup. This one small change now creates an opportunity for the producer to bring a whole new creative vision and narrative to their production; setting themselves apart by offering the viewer an entirely new viewpoint; one that captures emotion and energy as much as detail and action.
One of our recent projects highlights the way that small upgrades bring greater creative opportunity. RTV38 is an Italian production studio and broadcaster that maintains four studios for the production of news, entertainment and other topic-based visual content. Their studios were initially fitted by Video Progetti with two 5mx3m LED Video Walls and a ‘Big’ LED wall, measuring 7m x2m.
However, since the pandemic hit, they have also found opportunity in using the studio for the recording of corporate content, which is then shared online in webinars. RTV38 identified that they would resultantly need to use their studio space in a more flexible way.
After consideration of the issue, we advised on the installation of four Unilumin vertical columns (1m x 3m) which are mounted on wheels – meaning they can be manipulated as required to create more flexible studio spaces. The selection of Unilumin products ensured a visual output that was crisp, bright and elegant – thus enhancing the overall creative delivery that RTV38 could achieve.

Viewed objectively, this might be seen as a simple project, with a simple technological solution and a simple integration.
But by paying attention to RTV38’s underlying business case and new operational model, and by having a creative’s eye for aesthetics as much as an engineer’s focus on functionality, we at Video Progetti were able to find a low-cost, relatively low-tech solution that delivered high impact; both visually and to the client’s underpinning business performance.

The difference between pride and hubris

Is there a difference? We think so. Pride is taking justified pleasure in your own accomplishments – and this pleasure can be used as a force to motivate you to achieve excellence again and again. Pride comes from high performance, but it drives it too. It’s actually a very personal and internal feeling, and it can derive from the smallest of actions. And pride can be shared; it’s collaborative. We can be proud together.
Hubris, on the other hand, is excessive and unjustified self-satisfaction with achievements. It invests too much significance and perception of self-worth in achieving things. It tends to focus on winning and competition – it is externally focused and it relies on external validation, not just being the best but being seen to be the best. It constantly focuses on being bigger and better than everything around.
Ultimately, at Video Progetti, we are proud of everything we do, big and small. We believe in what we do. We believe in the industry as a whole and the valuable role it plays globally. We value creativity, innovation and a strategic mindset. We are invested in the outcomes of our clients, and proud to be a part of helping them to reach their goals – whether that’s through a multi-million euro OB Van fleet, or a small creative studio lighting installation.