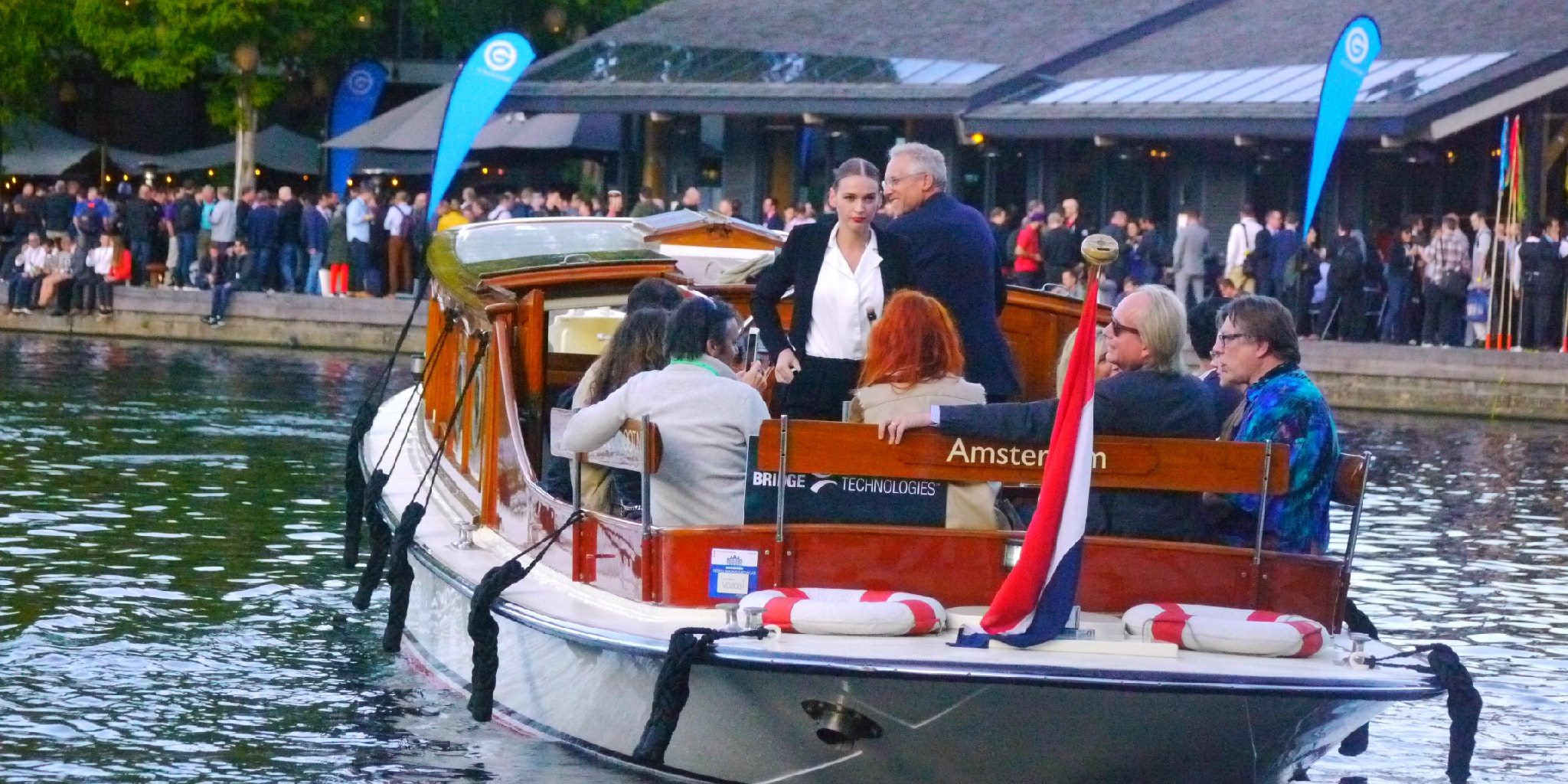 AI AI AI, what’s going on here then – can computers really be creative?

Xpresso is back from IBC and after a period of post-show recovery (much needed) we’re fired up about the fantastic technologies that were presented over the course of the five days. In between a hectic schedule meeting with clients – both old and new – we were fortunate enough to check out some of the forums and presentations happening in the future zone.

So let’s start with the big question. What is creativity? Well, if this was a high school essay, the first point of call would be a dissection of the word itself, or a quick thumb through the dictionary for a definition. Creativity obviously contains the word ‘create’, but available definitions tend to demand more of the word than a mere process of production; they require the use of imagination or original ideas to lead to that production – the use of ‘inventiveness’ to conjure something from nothing.

It has almost been taken as a given that a computer cannot ‘create’. But strides in the field of AI are starting to challenge that assumption – and cause us to ask deeper questions about what we understand – on a philosophical level – about the nature of consciousness, the products of creativity, and the role of intention in the production of ‘art’.

The evolution of AI

So where does AI stand at the moment? Some big AI milestones have been hit over the last couple of years. Deep Blue was victorious over chess champion Garry Kasparov, whilst Watson proved itself to be good at Jeopardy and DeepMind now holds the title of ultimate Go champion (therefore calculating more potential board positions than there are atoms in the universe…). These are impressive feats but all operate within relatively narrow confines – rule based games that require logical processing, where even the most ‘creative’ of moves made by humans represent a reasoned action.

Moves towards outputs that at least seem to resemble the creative outputs of humans have been hot on the heels.  The ‘Turing Test’ – one of the most widely recognised marks of successful AI (though, it should be noted – a frequently contested one) has been at least approached (if not technically passed) by Google Duplex, in its recent demonstration of appointment-making abilities which were sophisticated and realistic enough to fool a hairdresser (though how easy hairdressers might be to fool is a different question…).

AI and its forays into creative output

It’s not just conversation that AI has sought to tackle in recent years though – art, music and film production have all been given the AI treatment. For instance, take a look at the picture below.

A recently discovered Van Gogh? Well, no – it’s a photo of a street that has been passed through a neural network: one that has ‘studied’ the characteristics of Van Gogh’s work and ‘learned’ to apply them to various features within a photo – without having to be programmed with specific instructions about how that should be achieved.

Is this creative? Well – the question returns to our definitional issue at the beginning, and asks us to question how much intent matters in the creative process. The output is an absolute equivalent of a work which we know to be ‘creative’ – Van Gogh’s starry night in particular. It is original, in the sense that those strokes have never been applied in that particular order to that particular scene. It perhaps lacks the ‘innovation’ factor that is argued as being a part of creativity – indeed, we can call it derivative, but we don’t say that U2 haven’t ‘created’ something, even though every flippin’ track they make sounds the same, do we?

Does it matter that the computer didn’t want to create it – it just did it because it was told to? Does it matter that no emotion underpinned the process of creation, if the output itself is capable of evoking emotion in the viewer? At least some people don’t seem to mind – the first AI ‘painted’ work will go to auction at Christies this October.

AI as a support to the creative process

Toni Vilalta’s perspective on the debate is a bit different. He doesn’t believe that AI is yet at the point of engaging in activities that can be defined as ‘creative’ in and of themselves, no matter how impressive looking these AI-based simulacrums of art and music appear to be.

In his presentation for VSN at the IBC Future Trends AI showcase, Toni explored how current AI technologies can support and augment the creative processes of humans – granting tools that allow content producers to be more efficient, more innovative, more collaborative and ultimately, more creative.

For instance, integrated into VSN’s MAM tool are AI features that identify the content of clips, categorise them and even suggest them as appropriate for inclusion in a particular type of production. This rough-cutting ability massively cuts down the time needed by professionals to indulge in the ‘leg work’ that underpins the more important flashes of ‘creative genius’. In Toni’s specific case study of the Almagro music festival, this meant that festival goers could also contribute content themselves – videos from camera phones were uploaded to a cloud-based MAM and processed using the AI services of IBM, Microsoft and Google – providing manageable and usable content to editors from a body of original source footage which would have been impossibly unwieldy and unmanageable without the assistance of AI. The range of content from which something ‘creative’ could be crafted was therefore dramatically increased.

Resultantly, Toni felt AI had an important – and growing – role in the creative industries, but was able to state with some confidence that ‘AI will not be replacing humans any time soon in the field of content production’.

What about AI in PR?

Investigating all the amazing ways that AI is assisting creativity called us to look closer to home – what role might AI play in PR in the future? One of the most pertinent contemporary examples has to be Microsoft’s ‘Tay’ – a tweeting chatbot launched in 2016. Since a large part of what we do is engage in social media dialogue, why not pass the function off to a convenient piece of AI software?

Well, firstly, because Tay showed herself to be a little too eager to embrace Nazi ideology and spout offensive nonsense – which is generally considered to be a bad move in the world of PR.

More than this though, the field of PR – when practiced well – is characterised by the fact that it involves real and meaningful human interactions. The clue is really in the name, it’s about the public, and it’s about forming relationships.

Whilst AI can assist readily with marketing – the Persado tool is already creating segmented, targeted marketing copy for things like credit card promotions (and even learning by seeing which of its efforts ‘hit the mark’ and adjusting future content accordingly) – ultimately the practice of effective PR involves riding the ‘Zen’ moments that occur when a synergy of ideas and people come together to grow something unexpected. AI isn’t quite at the stage yet – and may never be – where it can build the trust, rapport and connection that are inherent to PR practices.

We here at Xpresso can breathe easy for a while – we’re not out of the job just yet.

Creativity Is A Beacon That Drives Us All Forward
December 15, 2021
Recent Posts
Subscribe to Blog via Email
Go to Top