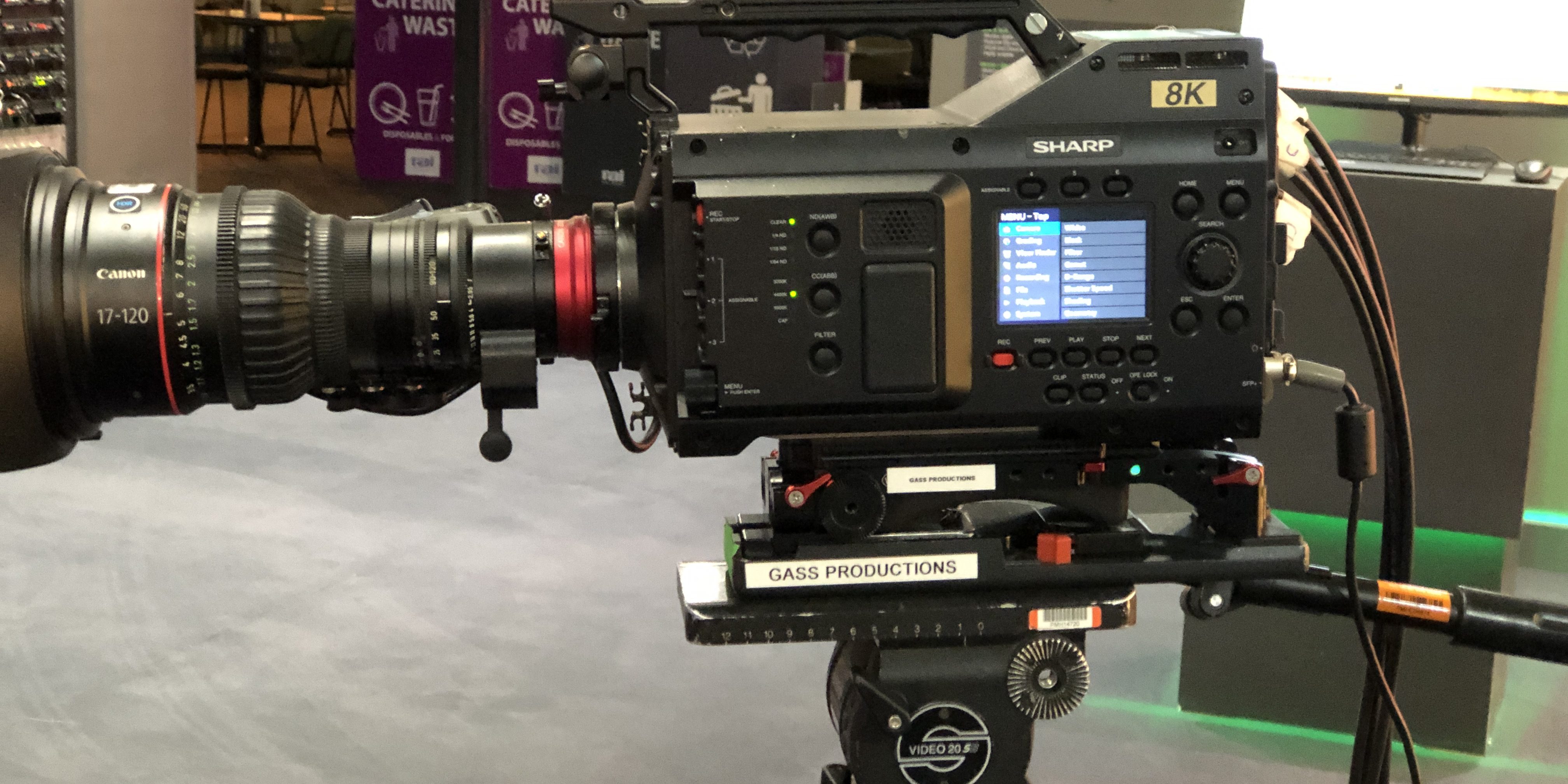 There’s nothing quite like a major sporting event to get broadcasters excited – and sporting events don’t get any bigger than the Olympics. Over 3.6 billion of us watched the 2016 Games in Rio de Janeiro – and similar viewing figures are expected for the 2020 event in Japan. Next year, for the first time, the Olympics will feature baseball/softball, karate, skateboarding, sport climbing and surfing.  11,000 competitors from 206 countries will descend on Tokyo.

But: how will we be watching? Will it be in HD? In UltraHD? Or perhaps in 8K – becoming known as Super High Definition (as opposed to Ultra High Definition for 4K)? That last option seems unlikely – unless you live in Japan or Italy. Japan is no surprise: national broadcaster NHK has been the leading player in developing an 8K ecosystem – the company calls it Super Hi-Vision – and, in fact, some of its coverage of the recent Rugby World Cup was in 8K. In December last year, NHK launched the world’s first 8K TV channel – BS8K.

Italy is perhaps more surprising: back at the beginning of the year, Italian national broadcaster RAI announced that it would cover the Olympics in 8K.

So: will the year of the Tokyo Olympics be the year in which 8K really takes off in homes around the world? It’s an interesting question for a number of reasons. There are many reasons why it won’t. First: there will be very little 8K content available – and that’s not likely to change any time soon. Second: 8K TVs are still very expensive. Take a 55” screen, which is probably the smallest size that might make the enhanced image quality visible. Today: a 4K set will cost you around €1,500. Its 8K equivalent will be around €3,000. Third, and perhaps most telling: can you really tell the difference between 4K and 8K on a typical home-sized screen?

That latter point is much debated. But: here’s an interesting thing. The very large majority of movie theatres around the world are now equipped with digital – rather than film – projectors. Movie theatre screens are about as big as you can get – right? So you’d think that movie theatre owners would have rushed out to deploy 4K resolution projectors as soon as they became available, displacing the 2K projectors that were the drivers of the digital cinema transformation. But they didn’t. Why? Because, it seems, they believe audiences really can’t tell the difference between HD and UltraHD – even on a screen 20 metres wide. A number of operators have been quoted as saying they don’t believe 4K offers a premium viewing experience.

That’s counterintuitive. 4K offers four times the pixel count of 2K/HD (and 8K offers 16 times the number). Surely, on a big screen, that’s got to mean something? For the average viewer, it appears, the answer is that it doesn’t.

But here’s the thing. We may not be able to tell the difference in terms of image quality – but we’ve rushed out in our droves to buy 4K TVs. There are, apparently, 50 million of them already installed in American homes. Look in any consumer electronics store, and you’ll struggle to find HD TVs, other than at the very low end of the market. The de facto standard has become 4K – even though we can’t see the difference, and there’s relatively little native 4K content to watch.

And: today, you’ll pay around the same for a 4K TV as you would have paid for an HD TV two or three years ago.

The story of the inexorable rise of 4K TV is instructive when it comes to answering the question about whether 8K TV will ever become mainstream. Despite there being no content and no distinguishable difference in picture quality, 4K is now the standard. Yes, there was a time when 4K TVs commanded a fairly hefty price premium – but, as ever with the consumer electronics industry, economies of scale rapidly made them more affordable.

Simply: there won’t be any 8K content and we won’t be able to see the difference – but as the price premium gradually diminishes, there’s no reason why we won’t embrace 8K just like we’ve embraced 4K.

Eventually, of course, there will be 8K content, with the likes of Netflix and Amazon Prime likely to lead the charge, just as they did with 4K. And: never underestimate the wonders that can be achieved by upscaling. Traditional broadcast will struggle with 8K, just as it’s still struggling with 4K – but as increasing numbers of us cut the cord and consume our content via OTT services, that’s unlikely to be a barrier to the uptake of Super High Definition.

Hopefully, you stopped by our stand at IBC and saw us demonstrating the VB440 handling 8K network traffic – processing the 48 Gbits of data/33 million pixels required for 8K resolution. But: we didn’t demonstrate it because we expect our customers to need an 8K-capable network probe any time in the near future. Rather, what we showed was that the VB440 is a future-proof solution: buy it for today’s needs, and be confident it will also be ideal for tomorrow’s needs – whatever those are, and whenever they happen. When 8K comes, our customers will be ready for it.

VSNCrea and the rule of three
June 17, 2021
Recent Posts
Subscribe to Blog via Email
Go to Top