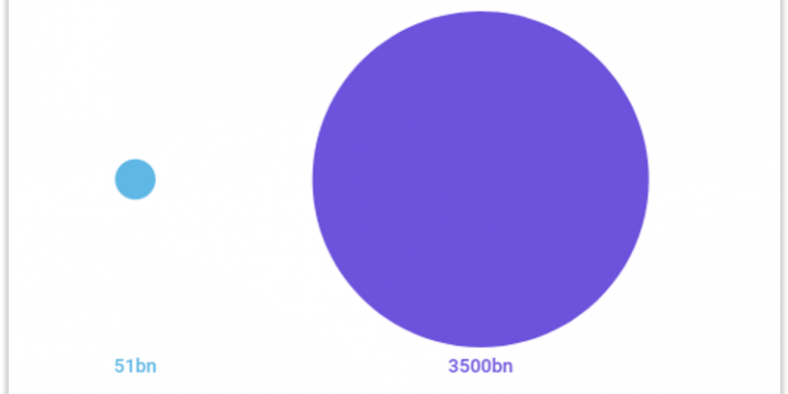 The traditional broadcast equipment industry is in a state of flux, with continual consolidation on the media customer side impacting M&A on the vendor side. The IABM recently reported a slight increase in sales but a worrying decline in profit growth, running at 75.9% of the December 2016 level. On the cusp of NAB 2018, IABM CEO Peter White shares his perspective on where the market is now and where it is headed.

The continuing shift in buyers’ preferences for software running in generic IT technology, their increased concern for efficiency and a highly competitive market are all continuing to exert pressure on selling prices, with margins reducing despite vendors decreasing expenditure on R&D, recruitment, sales, marketing and shows.

Unsurprisingly, the IABM confidence ratio, which reflects business sentiment looking forward for the next year, declined from a fairly robust 7.4 mid-2017 to a less optimistic 5.6 in December 2017; this is relatively low by historical standards. Companies that primarily rely on software revenues were however significantly more confident than those primarily relying on hardware revenues – reflecting the now long-standing transition of technology buyers from hardware to software.

What is the value of the global broadcast equipment manufacturing market – and how is this changing?

IABM CEO Peter White:  Revenues in the broadcast and media technology market were about $51bn in 2016 according to figures from the IABM DC Global Market Valuation and Strategy Report. This is up by 2.3% from 2015. However, the overall growth experienced by the industry masks the disparity between different product categories. In fact, while bespoke broadcast technology is on the decline, new categories such as cloud and OTT services are growing significantly.

What is the value of the global broadcast equipment manufacturing market?

It depends, however, how you define the boundaries of our market when trying to define its size; IABM recognizes this and is working to redefine its industry model to reflect this – expect an announcement at NAB. While the ‘traditional’ industry is largely static in terms of size, today’s wider industry is expanding dramatically, but doing so at a lower price point.

How does this compare with the size of the global IT market (do you have figures for this) and what does this tell us about the changing nature of the broadcast industry?

Peter White:  Revenues in the global IT industry were about $3.5tn in 2017 according to Gartner. This means that the broadcast and media technology market is about 1.5% of the total value of the IT industry. Other market sizing reports differ in the valuation of the IT industry, but the values are still in the range of trillions.

If a core part of the traditional broadcast equipment manufacturing industry was about selling proprietary hardware at a high margin – what do those vendors need to do in order to continue to make money?

Peter White:  According to IABM data, the deflationary effect of hardware commoditisation continues to stifle traditional broadcast technology suppliers’ profitability despite the sustained level of R&D investment made in recent years. Traditional businesses are going through a transformation to adapt to their customers’ changing requirements. What they need to do is change, offering products that tackle their customers’ issues in a multi-platform world and moving to new business models centred on the flexible provision of software.

These models rely on a radically different financial balance that prioritizes Opex over Capex – smaller, monthly (or daily) cashflows rather than larger upfront payments. This transition often entails an initial revenue slowdown that may be difficult to implement (or accept) at some organizations. From a cultural perspective, skills also need to adapt to this change as new methods of product development increasingly demand a blend of broadcast and IT skills.

There is another major trend gathering pace in the industry – towards collaborative solutions developed jointly by vendors and their end-user customers. IABM recognized this when it launched its Creative Collaboration Award last year for just such projects. All the talk over many years of ‘solutions’ – which actually just meant selling a mix of products in most cases – is finally becoming a reality, and this will increasingly be the way forward. You only need to look at the success of ventures such as the IP Showcases at NAB and IBC to see the industry’s positive momentum towards working together to come up with better ways forward.

How can broadcast vendors provide a value-add in the age of global IT giants with mammoth R&D, global IT standards and virtualised web-based software tools?

Peter White:  According to IABM data, most media technology users still prefer best-of-breed solutions, leaving many doors open for media technology vendors. In fact, their customers are still looking for the dedication, support and flexibility provided by smaller specialist suppliers – large IT companies have a weaker interest in this as the broadcast and media sector represents a small slice of a big pie for them.

However, 98% of technology users demand interoperable solutions. This requires vendors to adopt a more open approach to product interoperability. But although SMPTE ST2110 will address many on-premise interop problems, it takes on quite a different character in the cloud because it’s software interoperability that’s the issue, and transportability of solutions will become a major consideration. Work is going on in this area right now.

Does exhibiting at trade shows like NAB and IBC provide value for money?

Peter White:  According to IABM data, media technology suppliers continue to invest almost half of their marketing budgets in trade shows such as NAB and IBC. Trade shows enable vendors to hit the maximum number of potential customers as close to launch as possible in a cost-effective way. As we move away from stands full of bespoke hardware, their nature is changing towards being ‘talking shops’, where people meet people and compare and contrast offerings, giving them a snapshot of everything that’s on offer at a single point in time.

This means that exhibitions will take on a different character from what we have become used to over the last 30+ years – but they will provide an ideal environment to further the kind of creative collaborations I mentioned earlier, which start with people meeting people and talking about how to solve problems and break new ground.

Can you paint a rosy picture for the future of broadcast kit manufacturers that does not involve M&A?

Peter White:  Although some suppliers are going through difficult times as of late, there are reasons to remain positive about the future of media technology. In the shorter term, 2018 will be a ‘spike’ year with plenty of events-related spending guaranteeing growth and opportunities for many. Adoption of emerging technologies such as cloud, IP and AI will continue to rise, driving more growth for those that have invested in them.

In the long-term, media technology spending will also continue to grow as traditional end-user broadcasters try to keep up with the volatile nature of online video. As mentioned above, traditional media technology vendors can take advantage of this by supplying end-users with products that address their business challenges in the transition to a multi-platform world. Product excellence, support and interoperability may be important factors in determining their survival through this unprecedented change.

Having said that, there will continue to be significant M&A activity for two reasons. Firstly, we now have several thousand technology suppliers chasing business from an ever-diminishing number of customers thanks to ongoing M&A activity between many major players – as I write this I’m just hearing about Comcast throwing its hat into the ring for Sky. This inevitably puts pressure on prices and reduces profitability for vendors. They will therefore need to respond accordingly, and further consolidation is inevitable. Secondly, traditional suppliers with an enterprise mentality can find it hard to develop innovative new solutions, and they will often look to buy this innovation in by acquiring smaller, more agile companies.