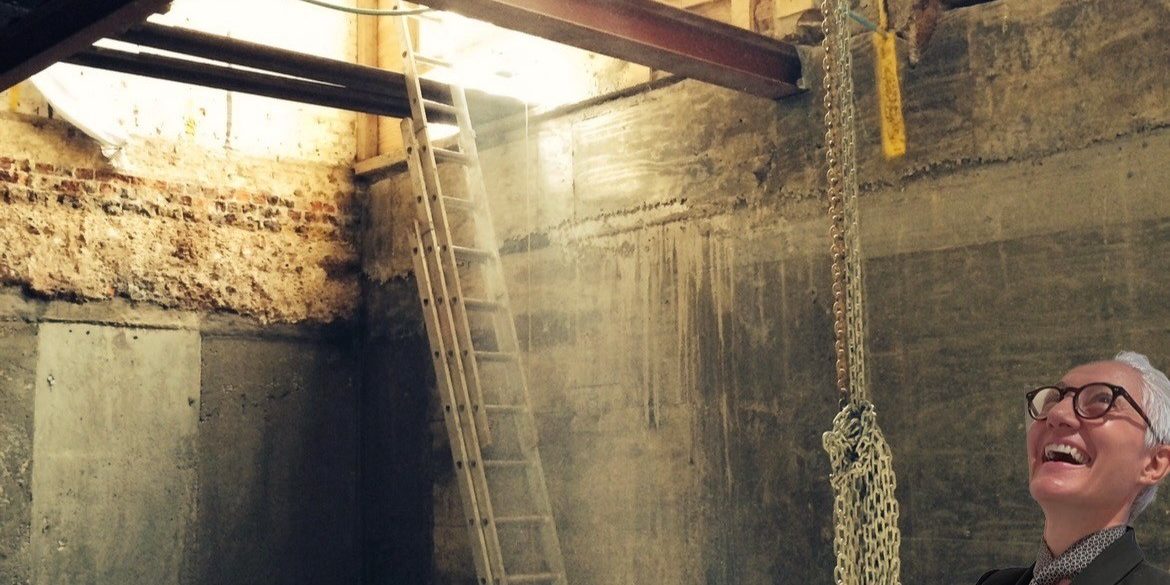 The space between us

Space is a complex concept: it’s both an absence of something and a presence of everything. When we talk about ‘the space between us’, we talk both about an intersection where two presences both meet, but where the gap in understanding between those presences is also highlighted.

It’s a well-established principle that negative space is as crucial to effective interior design and the positive elements that are selected to fill that space – it exists to delineate, contrast, highlight and expose. Sometimes that principle can be abused though; as with any trend in design, a good idea is ‘escalated’ to a pretention. Indeed, sometimes places become called ‘spaces’ in themselves. How many spaces have you seen in design magazines that forward themselves as the epitome of style, good taste and chic, but are so absent of content and livable features that you wonder how anybody but a robot could occupy them in the long term?

Contrasts and intersections, in space and in design

The truth is that effective design always represents an intersection – an intersection that space sits at the core of. It’s an intersection of a number of different, complex dichotomous elements: ‘objective’ aesthetic versus subjective taste, of-the-moment trend versus a wider sense of timelessness, absence versus presence, efficiency versus comfort, space versus place, visuality versus practicality.

And then perhaps there’s the most forgotten dichotomy of all: budgets versus dreams. It’s easy to idealise the engagement of a designer – it can be perceived as something that’s the preserve of the super-wealthy, where indulgence matters more the common sense. But the truth is that designers are rarely given ‘sky is the limit’ briefs. Clients live in the real world. Even on larger-budget projects, clients have no desire to be wasteful with money, environmental resources, time or energy: value might be a contextual and changeable concept that adjusts according to a client’s need and capacity, but it’s still something that’s important to them. The truth is that good design should be available to everyone, and a good designer should be mindful of everyone’s specific needs – financial, logistical and emotional.

First and foremost, mindfulness of these dichotomies has to be at the forefront of what I do. Over a career spanning more than 25 years, I have of course created a distinct visual style of my own, and an underpinning philosophy that informs my choices.

But ego has no place in design. Sensitivity does.

Sensitivity to context. Sensitivity to need. Sensitivity to emotion. The design process is collaborative; I’m a facilitator as much as I am a designer – teasing out the ideas of a client when they themselves might not even have been aware of what they needed or wanted, and then making them happen. Communication, emotional intelligence and understanding form as much of my toolkit as CAD & RHINO software, colour swatches and moodboards.

And then to compliment my conceptual practices, I also needed a business system that could deliver on those ideas. I needed to be able to convert my intention into action in a way that realized client visions in an efficient, effective and non-disruptive manner. As a result, in 2008 I set up my own in-house construction company and expanded the chain of services I offered so that the entire process was joined-up and seamless for clients – covering all elements of search, budget, architecture, design, project management, furnishing, accessorizing and finishing. The provision of this all-in-one service isn’t merely a convenience to clients, it’s a way of facilitating greater creativity and headspace; when the logistical barriers and flows of information and ideas are uninhibited by bureaucracy and inefficiency, the results are naturally better.

The result is that I can proudly say that all our projects have met both budgets and deadlines since 2008 when AB Nassetti, ‘A Living Concept’ was founded.

Thinking bigger than the four walls of a project

When immersed right in the heart of a project, it can feel like nothing else matters. The project becomes an all-consuming concept – for both designer and owner, and that intense shared purpose creates a particular kind of bond.

But it’s important for both parties to remember that it’s also part of something bigger. For the client, it’s a part of their life; it is something that exists not only in the moment of conception, but in the life they will spend with it in the future. And for me as a designer, it is a part of my own professional progression, but also, in a complex way, a part of my wider developing identity.

It’s for this reason that I’m so passionate about the G100 Mission Million project. It’s a non-profit organisation that works to raise awareness of female talent in the design and lifestyle world. Founded by Dr. Harbeen Aurora and with architect Zaha Hadid as an underpinning inspiration, I am extremely proud of the fact that the G100 project has appointed me as the Global Chair of the Design and Lifestyle Wing.

It’s my hope that in this role I can take the experience I’m amassed over 25 years – living a very inter- and cross-cultural existence (my roots being Italian-English) –  and use this to help those who have all the passion and talent of the next generation, but who might currently lack the opportunities or knowledge needed to most effectively build on it.

But I can’t say the undertaking is entirely selfless, either. The personal sense of satisfaction I get – not to mention the incredible mental, emotional and spiritual growth that I gain from working with such a diverse, talented range of women – cannot be understated: it’s nourishment for the mind and soul, in a different but complimentary way to the way that my own professional projects nourish me to. In both cases – my work both as the AB Nassetti brand and my role as G100 ambassador – there’s a symbiosis; a give and take of knowledge, benefit and enrichment.

Because at the core of good design, ideas of symbiosis are always key.