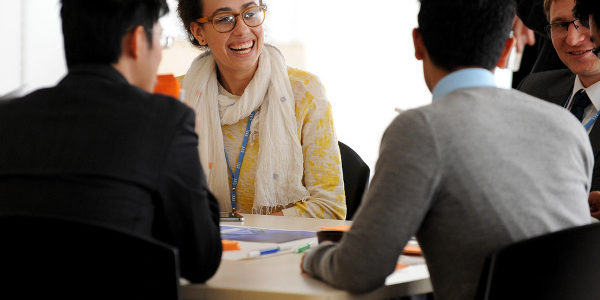 Not that long ago, the space industry was seen as a bit of a dinosaur, a relic from a bygone age. But over the last few years, that perception has been turned on its head, and now the industry is seen as uber hip. The question is, despite that change in perception, could the satellite industry still do more to tap into this dramatic change?

A funny thing happened in the recent U.K. election. Young people became political and rose up to protest. They voted overwhelming for a candidate, Jeremy Corbyn, whose slogan for the election was to “create a society for the many, and not the few.” While Corbyn did not ultimately win the election, the voice of the younger generation prevented the present Conservative government from gaining a majority.

But why is this relevant? What we know is that the space sector holds natural appeal to Millennials as they look to reduce divides in society and bring people together. Via Satellite is riding this wave and is one of the first publications (let alone space publications) to have a Millennial Advisory Board. In this article, we talk to some of the members and ask frankly whether the satellite industry is performing strongly in attracting their generation to join the workforce.

If Millennials could give the satellite industry a mark out of 10 (10 for excellent and 1 for terrible), what mark would they give it for its outreach efforts to young people? Many of our advisory board members said they believe the industry could do a better job. “I would say 7.5 out of 10. I think most of the responsibility should be on the individual to become informed, but the industry could probably do better to reach out and make sure prospective engineers know what to inform themselves about. If there’s one thing I wished I had while going through school was more information on the kind of jobs available in the various engineering fields, and what companies are leaders in those fields. I think I could have then better informed myself since, to a certain degree, I didn’t really know where to start,” said Jordan Irving, systems engineer at Iridium.

Minoo Rathnasabapathy, executive director of the Space Generation Advisory Council, gave the industry a 6 while Libby Khaskin, director of spectrum development and regulatory affairs at SpaceCom, was slightly more generous and gave it an 8.

“Having graduated in a country with a small, but emerging space sector, the initiative to break into the industry needed to be self-propelled. However, this is changing — the rapid increase in the number of countries, private actors and start-ups is revolutionizing our industry, attracting and, more importantly, retaining highly skilled interdisciplinary workforce. The mix of new and existing entrants equipped with feasible business models, if successfully implemented, could open new markets and increase globalization paving the future of the satellite industry, and in turn generating interest from the next generation of space professionals,” Rathnasabapathy added.