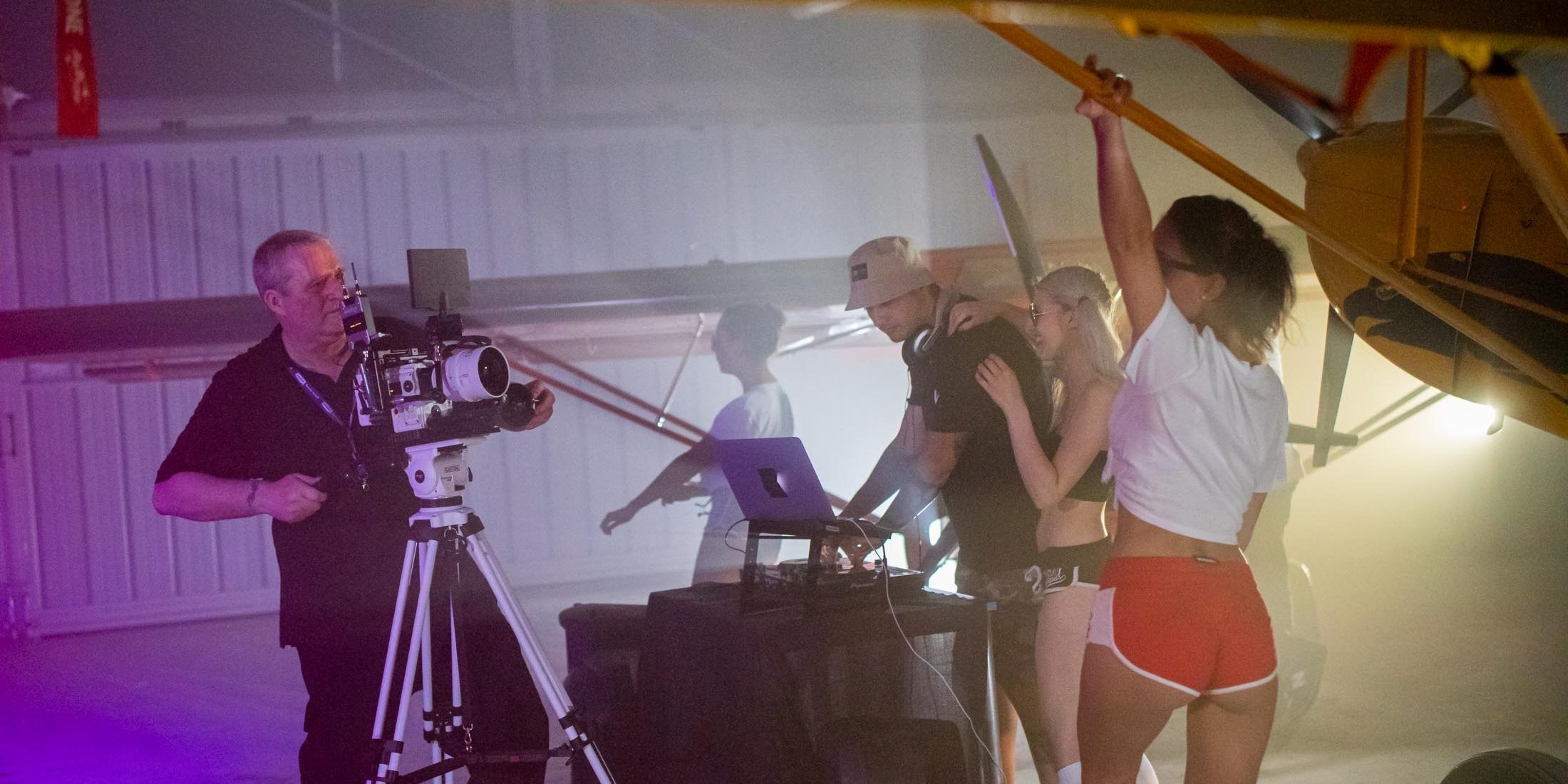 How a DoP Shaped Photonia’s LED Lighting in Exciting Ways

Inspiration and the idea of creativity through constraint

What inspires a production? When you ask a director what inspired them, you often get all kinds of answers. Some film makers are motivated to shock their audience, to stir emotion in them – be that positive or negative (as Woody Allen famously said, ‘If my film makes just one more person miserable, I’ve done my job). Some directors become enchanted by – or fixated on – a story, and cannot rest until they feel it’s been told. And some directors may find the inspiration for their film purely in the potential to make millions and millions of dollars (and who can blame them really…).

Well, that’s not the case for one director. DoP Stefano Ceccon (member of A.I.C. – Imago) had the idea of developing a production purely to test the limits of what can be done when you set specific parameters for your equipment. The project was to be called ‘Agile and Mighty’. His requirements were that everything used needed to be small and lightweight – but ideally still powerful and high-performing. As such, long before any aesthetic concept for the production arose, Stefano Ceccon was on a mission to find the right equipment companies for the job.

It wouldn’t be a case of merely procuring the right items, but also the expertise of those who develop and sell them. Cameras, grip, rigging, lighting – it all had to meet Stefano’s rigid standards if it was going to be included. Only with the equipment selected could the parameters of the project be identified, and the creative content established and built.

Well, we don’t want to blow our own trumpet, but if someone is looking for lighting equipment that is small, lightweight, powerful and high-performing, and backed up with exceptional product knowledge and support – Photonia is exactly where they need to be looking. And that’s exactly where Stefano Ceccon did look.

As soon as we received his request of providing our Fresnel LED lights, we knew this was going to be an incredible project to be involved in. Not only because the concept was right up our street – and a great opportunity to prove to ourselves how much can be done with Photonia lights. It also promised to be a fantastic opportunity because we’d be working with really like-minded people; equipment producers and creatives who were all driven by the idea of challenging filmmaking at its most technical level.

As a result, we got to work with companies such as Blueshape, who have taken ‘rugged’ to new levels with their range of batteries, DoPchoice, who took our already fantastic lighting and shaped it in exciting ways, Pegasus zoom lenses, which delivered exceptional clarity in the shoot and Cartoni, who gave an incredible stability with their rigging. Vaxis provided a reliable real-time transmission. All of us were united in a vision of taking small and robust equipment, and proving you could make something beautiful from it.

We particularly like Stefano’s way of thinking – imposing an arbitrary limit on the process by setting technical limits, and then seeing how far you can push both creativity and technical possibility within that realm. ‘Creativity through constraint’ is actually a popular and prevalent notion within the world of art. A canvas itself is a physical limit beyond which the artist cannot usually extend. Shakespeare’s sonnets and their conformance with a very strict set of rhythmic rules (such as iambic pentameter) is what caused him to create expressions that – if allowed to flow ‘naturally’ – may have not carried so much force or emotion. Sometimes, creativity that lacks constraint or limitation can end up being indulgent, pretentious and weak.

It’s this kind of thinking that really drives the philosophy behind Photonia products. We started out with the idea of a ‘limitation’; size and weight needed to be kept to a minimum. And then we took this idea of being limited, and actually used it to drive innovation and push for the development of something that didn’t just overcome those limitations, but actually exceeded what you can expect from ‘normal’ lighting equipment.

The idea of constraints driving innovation is subtly hinted out through the film. In the BTS film you can see the ring that the dancers operate within. Their space for physical expression is limited – but the breakdancers are powerful and focused as a result. It’s no strain to link that same idea to our LED lighting solutions: small but powerful, light but agile. Adaptable.

And whilst we’re on the subject – just look at that lighting! We were so fantastically pleased with the result of the film; indeed, everybody was, from cast, to production team, to equipment suppliers. We love the atmospheric, low key lighting, the use of colour and temperature, and the way the light plays on the water and splashes made by the dancers. Stefano Ceccon commented that not only did the lights produce incredible technical results for their size and weight, but that they also allowed a huge degree of creative control – in an intuitive manner with a setup and teardown process that was incredibly easy.

Being involved so directly in a project like this was amazing for Photonia and everybody who works here, because it’s a

If you haven’t seen the ‘Agile and Mighty’ production, or the Behind-the-Scenes film linked to it, we invite you to check our work here https://www.photonia.net/ and please…stay tuned!

A little bit of tech spec

So a key theme of this blog has been that the Agile and Mighty project allowed us to think about true filmmaking creativity and how it interplays with technology, rather than just focusing on technical specification alone. But for those of you who like to have a little geek out about technological product features, here https://www.photonia.net/led-studio-lights/ are some of the specifications associated with the Photonia LED studio lights used in the shoot.