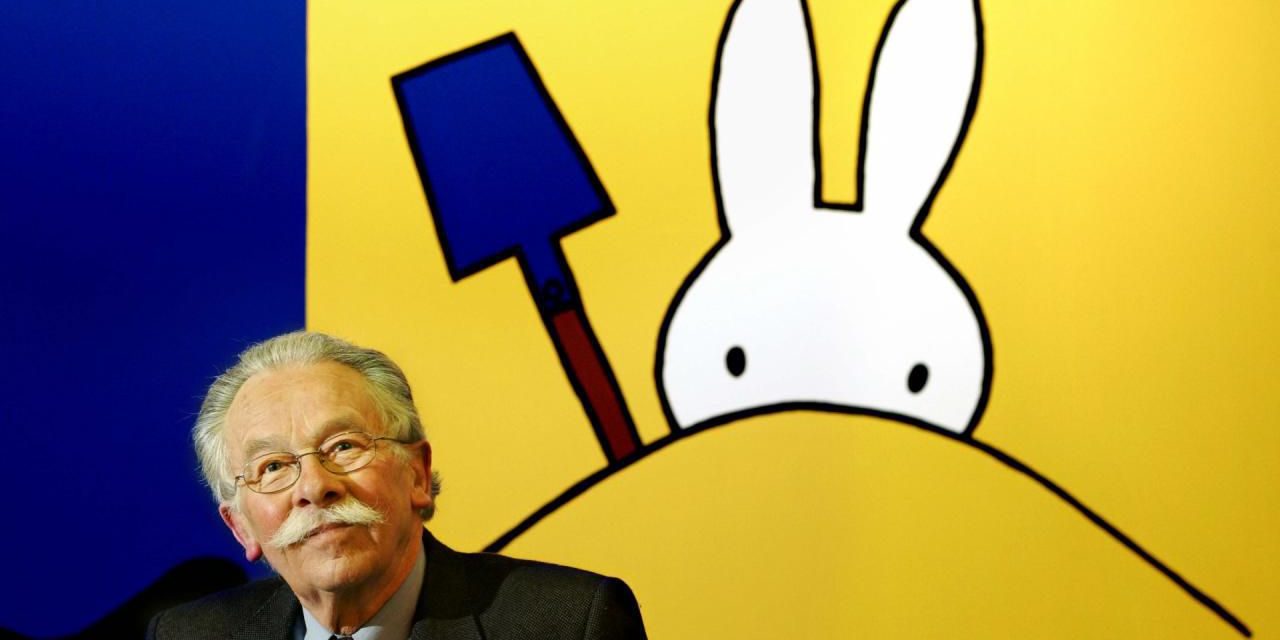 An inspiring example of an artist choosing the complex path of simplicity.

A genuine storyteller who was close to his readers’ needs.

RIP Dick…with a simple thanks and a big HUG!

The Dutch artist and illustrator, whose much-loved stories about a cartoon rabbit sold more than 80m books, has died aged 89.

Miffy, known as Nijntje in Dutch, or “little rabbit”, enjoyed great popularity worldwide for both her book appearances and merchandise. But Miffy was not an overnight success; parents weren’t impressed with Bruna’s iconic simplicity: “They said, ‘Oh, that’s too simple. The colours are too bright and I don’t like blue and green together,’” he told the Guardian in 2006. “But I thought it was nice to make everything as simple as possible to give children lots of room for their own imagination.”

Bruna, who also worked as a graphic designer, spent years finding the specific red, blue, green and yellow that would become known as the Bruna Colours.