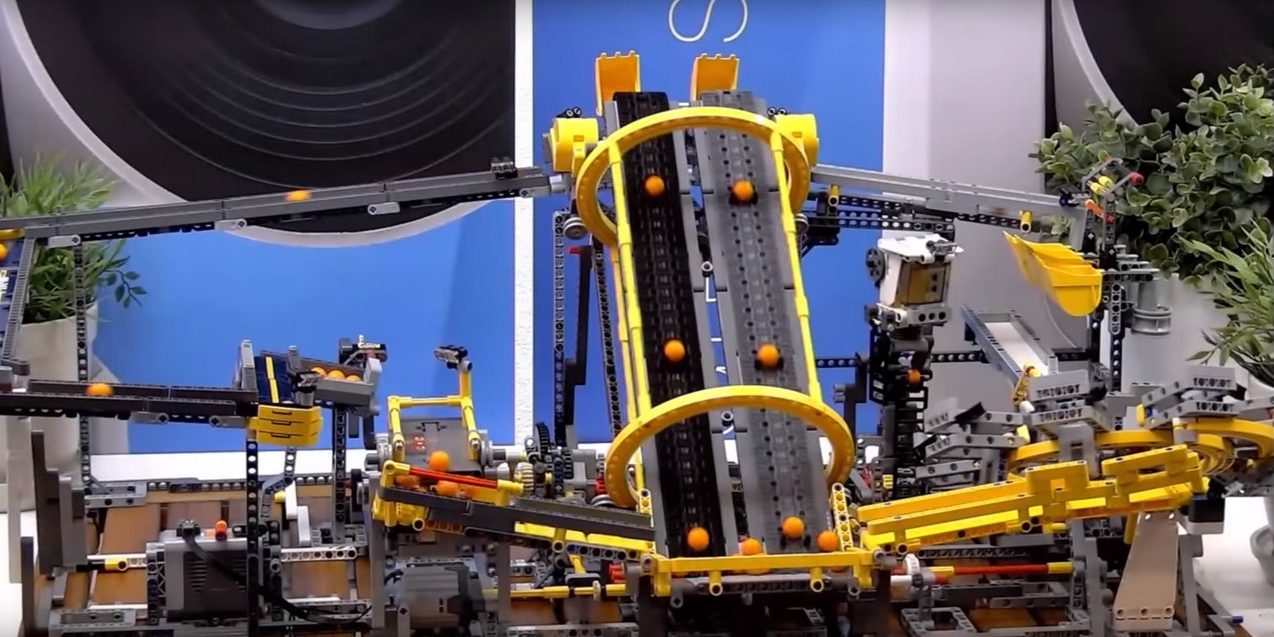 Connectivity is Key also in the PROAV Industry

A running joke within the office is the near universal love of Lego we have. Many of us are parents with young children, and we try to pretend that it’s because of them that we proudly share our latest Lego creations on the office Whatsapp group. But we know that’s not really the reason. Our love for Lego endures because we’re still children at heart, and because even today we gain so much joy from the process of creation. At Avonic it’s why we do what we do.

Is our Lego obsession really that surprising though? Surely engineers can trace their career back to the love of a childhood toy; the pleasure and sense of achievement that comes from taking components with no individual value, and using creativity, vision and intellect to create something that functions as more than the sum of its parts?

This got us thinking – genuinely, what lessons have we learnt from Lego that have helped Avonic to become a leading competitor in the field of PTZ cameras? We asked around the office, and here are our top four Lego lessons

The modern sets of Lego come in very specific sets, with every tiny piece needed to create a complicated spaceship, a Bugatti, or even the Taj Mahal. In this way they’ve become a little bit more like Airfix kits, with specific sets of instructions to be followed.

But when we talked about our Lego experiences in the office, we all talked of stories of the Lego big boxes; the extra large tubs that you would tip out all over the carpet, much to the frustration of your parents (and your poor bare feet). These boxes had hundreds of different-shaped parts, but – weirdly – never the part you needed, in the colour you wanted.

This led to the strangest creations – but, also the most creative and innovative.

The key to development in engineering is, paradoxically, to hit a roadblock. It is the set-backs, the challenges and the apparent limits set before you that end up fueling progress. Sometimes, efforts to overcome these limits don’t lead to amazing successes (I mean, what exactly is this?)

But they certainly lead to important lessons learned. When we couldn’t find the fourth Lego tire in our big box, we made it work with three – and learned interesting things about balance, power delivery and weight distribution. And no person is ever more inventive or creative (or frustrated) than when one of those thin plates become stuck to another and they need to find a way to pry it apart…

But the rules still apply…

Whilst certainly our creativity was stretched by needing to adapt and overcome to the pieces we had, ultimately, the constructions we made had to work according to a strict set of conventions; lego blocks can only be assembled according to the limits of their basic structure. The same is true in the field of engineering – engineers cannot engage in unbridled creativity, but instead must innovate by working as cleverly as possible within the bounds of logic and physical laws. It’s this added intellectual challenge that drives engineers at Avonic to bridge the gap between art and science.

Lego wasn’t the only building option when we were young. There were Meccano and K’nex sets, and even just regular old wooden blocks. Sometimes, the more ambitious amongst us would attempt to create a hybrid monstrosity using everything at our disposal. The results – often tacked together with tape, gum and goodness knows what – were generally unstable, ugly and basically… pretty useless.

That’s why the whole premise of lego is that there is a single, established convention for connectivity – it works every time, ensuring that everything flows smoothly and connects with stability. The parallels with ProAV tech are readily apparent here; the idea of needing the same connection convention to ensure interoperability between hardware is key. That’s why our PTZ cameras facilitate control with a number of different control protocols, as well as integrating multiple different hardware connection methods – including USB and HDMI.

I guess you could say we’ve built a toy chest where you can play with the Lego, the Meccano or the K’nex, depending on what you feel like and what your best friend is playing with at the time!

Yeah, we all wanted our house to withstand Hurricane ‘Little Brother’, but we still put the Lego flowers in the garden and tried to colour coordinate our walls. It’s the same with Avonic’s PTZ cameras. Our functionality is exceptional and the key thing that drives our development, but we never on sacrifice aesthetics. And the great thing is, since we don’t have to limit ourselves to working with Lego anymore, we can finally have some curvy edges on our cameras!

We don’t make our PTZ cameras from lego, but some people out there have!