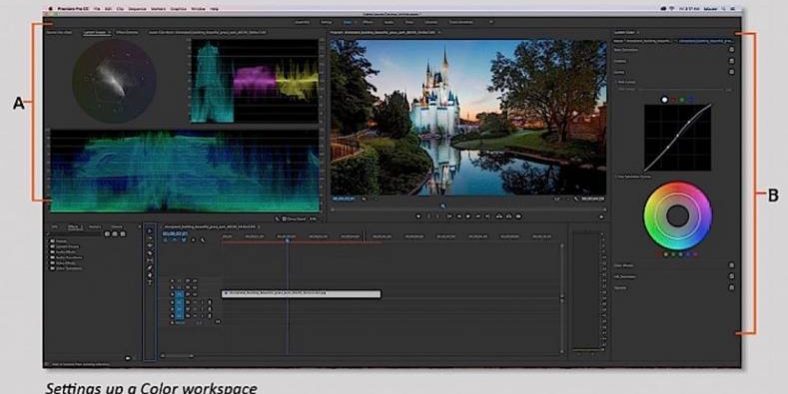 With ATSC 3.0 poised to change the broadcast industry’s basic signal, we need to understand this signal is poised between HD and true 4K.

The way the UHD (Ultra High Definition) evolution has rolled out, its specification is so broad there is something in it for everyone. That also means that anyone can cherry pick out of it what best suits their purposes.

The IABM conducted a user survey at last year’s NAB convention. Members of IABM account for more than 80% of the broadcast and entertainment technology market. One survey question asked whether the increased number of pixels of UHD is the attraction, rather than better pixel, which can be delivered by the HDR (High Dynamic Range) component?

What lead research analyst Lorenzo Zanni, found was that “HD + enhancements is a clear leader at 55%, UHD is at 42% with UHD + enhancements at 43%. Only 4% of end-users were interested in 8K and  6% responded ‘none of the above’.”

Zanni said, “These results show that end-users are more interested in combining enhancements such as HDR and HFR with HD rather than with UHD. Also, they are less interested in investing in UHD only. This shows that ‘better pixels’ may be more important than ‘more pixels’ for them.”

When it comes to pixels, improved quality wins out over quantity. Image IABM. Click to enlarge.

When asked what enhancements “they are interested in or have launched,” a high percentage of respondents chose HDR (88%). This corresponds with the results shown above from end-users interested in HD/UHD+ enhancements. Wide Color Gamut (WCG) and HFR seem to be less popular with end-users, at 18% and 12% respectively.

This perspective was echoed by Patrick Palmer, senior product manager for video editing at Adobe, to whom I turned for insights into the UHD signal space because Adobe’s product line covers a broad spectrum of post production technology.

“Only display-driven people are concerned about high resolution,” he began. “They want pictures as in your face as possible. But creative people are more interested the content. At every conference I’ve attended over the past five years people who want to create better content could care less about higher resolution for delivery, they all want wider color range and greater dynamic range.”

Of course, to keep up with the complexity of UHD’s specifications, according to the UHD Forum’s January 5, 2017 guidelines (version. 1.2) for this new format, “A consumer devices should be able to…process content using Rec. 2020 color space.”

These results show that end-users are more interested in combining enhancements such as HDR and HFR with HD rather than with UHD. Also, they are less interested in investing in UHD only. This shows that ‘better pixels’ may be more important than ‘more pixels’ for them.

We’re not going to get too wiggy-techy here but just understand that while HD utilizes Rec. 709 color space that covers just 35.9% of the standard reference CIE 1931 color space, Rec. 2020 accounts for 75.8%

But according to Adobe’s Palmer, the universal request he hears from creatives in the industry is for the RGB color space used for DCI (Digital Cinema Initiative) compliant packages, P3. And P3 covers just 45.5% of the CIE 1931 chart.

You may not know it, but all current Apple devices, from the iMac to the iPhone display their color in P3 as do almost all other digital mobile displays.

If Palmer can envision a conversion between broadcast and cinema on color gamut it gets all the more complicated when he dives into the HDR pool.

“Just imagine we are producing a 45 minute documentary,” he postulates, “and we need to deliver one version in HDR-10 (supported on Sony PlayStation 4 and Xbox One S video game consoles among many others), another in Hybrid Log-Gamma (HLG developed jointly by the BBC and NHK), and a third client wants Dolby Vision (used on Ultra HD Blu-ray discs) and suddenly someone like Samsung comes up with a new, version of HDR they want to spotlight. The hardware to create this simply doesn’t exist.”

Beyond that, one client wants their HDR timed to 600 nits of brightness, another demands 1,000, and the third requires 2,000. Not only would that be hard to create, what kind of a critical evaluation monitor would you use to evaluate it? And even if you had one, could you afford a second very expensive high tech monitor for your clients?

“This is just the tip of the iceberg that Adobe’s research and design lab is wrestling with,” Palmer said. “It’s not really a question of technology. It comes down to how much all that capability detract from the creative process.”

Palmer finds this all somewhat frustrating because it is getting in the way of what we all basically want to do, and that is telling stories. He would rather see the industry concentrate on sending out a better HD signal, one with perhaps less compression, than jump on the higher resolution bandwagon for delivery.

He also reminds us of one key factor that all too often gets overlooked—that from a normal viewing distance in the average home theater room, most people’s eyes cannot tell the difference between a true UHD signal on so-called “4K” TVs and a properly up-rezzed HD signal on the same screen.

Specular White control adjusts tone at given HDR white value. In example, if white point is set to 200, all values above 200 must change while adjusting HDR Specular control. Click to enlarge.

And he can get a good laugh out of the reality that there is a whole generation that is growing up watching their digital content on small iPad and cell phone screens. For them, UHD is irrelevant.

“I look at the situation from a more abstract perspective, not necessarily tied to any one manufacturer,” he reflects. “For example, the simplicity of HLG makes sense to me, especially for sports. And it can be accomplished with existing equipment at reasonable cost.”

HLG is a royalty-free HDR technology that has been approved by the Association of Radio Industries and Businesses (ARIB). HLG is part of the International Telecommunication Union’s (ITU) Rec. 2100, is compatible with standard dynamic range (SDR) displays, defined in ATSC 3.0 and supported by HDMI 2.0b, HEVC (High Efficiency Video Coding), VP9 (video coding developed by Google), and H.264/MPEG-4 AVC.

“The idea of having uber-white levels can look great when used properly,” Palmer said, “but I want the creatives to worry about how best to use it to support their narrative, not how to implement it as a technology. We at Adobe are being super careful, for example, to keep all of our systems Rec. 709 compliant. They are, of course, resolution independent. And since they feature metadata pass-through they are already able to handle many factors of UHD’s HDR. The rest will be determined by the market as this UHD evolution moves forward.