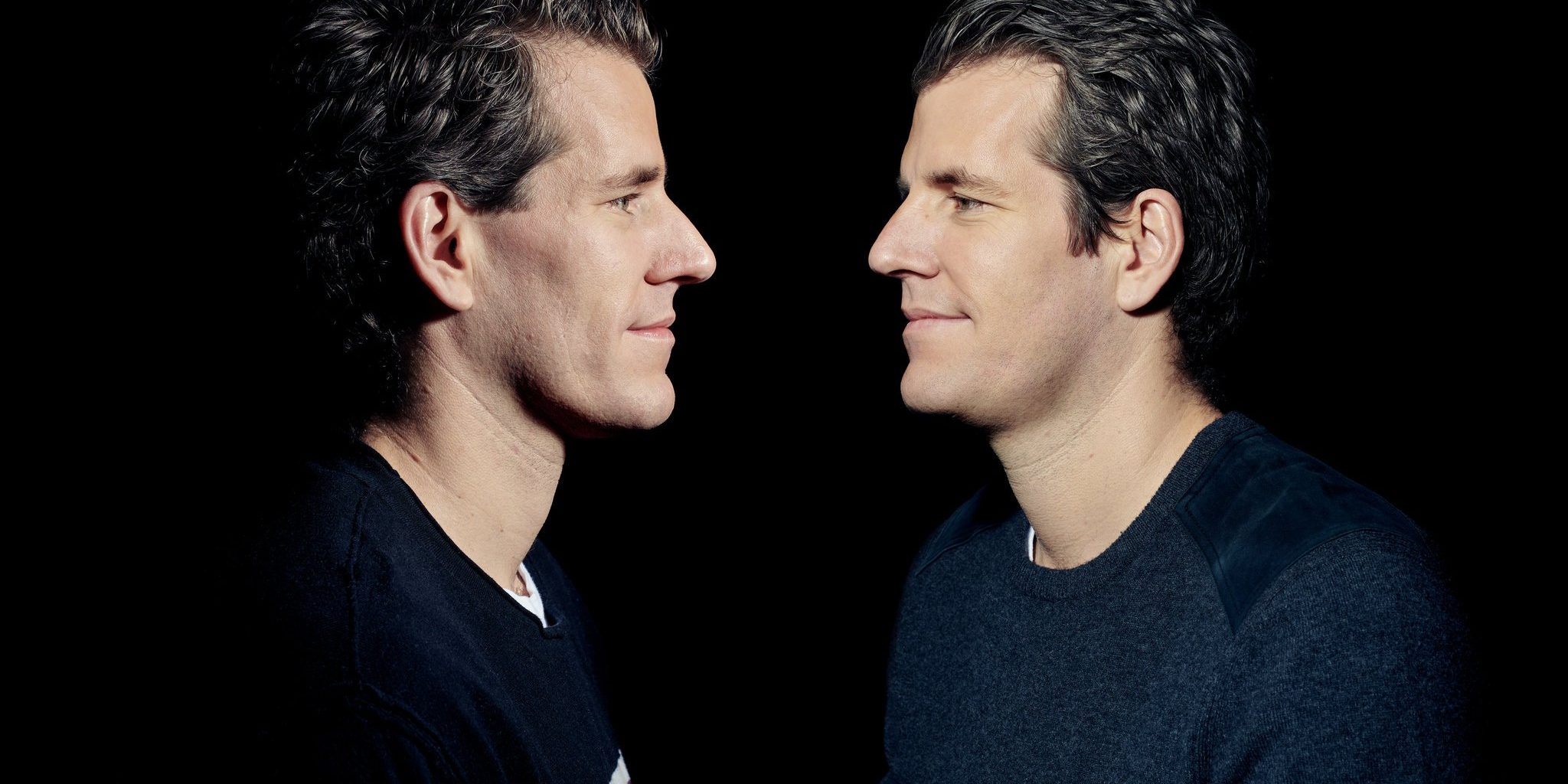 The rise of bitcoin has grown exponentially over the last year, allowing for a gateway into serious use of tech-based currency.

How the Winklevoss Twins Found Vindication in a Bitcoin Fortune

The Winklevoss twins have carved an unorthodox path toward fame in the American business world.

They went to Harvard University and then on to the Olympics as rowers. Along the way, they fought a legal battle with Mark Zuckerberg over the ownership of Facebook. In the Oscar-nominated movie “The Social Network,” they were portrayed as uptight gentry, outwitted by Mr. Zuckerberg, the brilliant, budding tech mogul.

Cameron, the left-handed Winklevoss brother, and Tyler, the right-handed one, followed that with a risky bet: They used money from a $65 million settlement with Mr. Zuckerberg to load up on Bitcoin. That turned them into the first prominent virtual currency millionaires in 2013, back when Bitcoin was primarily known as a currency for online drug dealers.

More than a few people in Silicon Valley and on Wall Street saw the towering twins as the naïve — if chiseled — faces of the latest tulip bulb mania. Many still do.

But the soaring value of Bitcoin in recent months is giving the brothers a moment of vindication, and quite a bit more than that: Their Bitcoin stockpile was worth around $1.3 billion on Tuesday.

“We’ve turned that laughter and ridicule into oxygen and wind at our back,” Tyler Winklevoss said in an interview last week.

If nothing else, the growing fortune of the 36-year-old Winklevoss twins is a reminder that for all the small investors getting into Bitcoin this year, the biggest winners have been a relatively small number of early holders who had plenty of money to start with and have been riding a price roller coaster for years. (The mysterious creator of Bitcoin, Satoshi Nakamoto, is believed by researchers to be holding on to Bitcoin worth around $19 billion.)

Some of these new Bitcoin millionaires are cashing out and buying Lamborghinis, professional hockey teams or even low-risk bond funds. The Winklevoss twins, though, said they had no intention to diversify.

“We still think it is probably one of the best investments in the world and will be for the decades to come,” Tyler Winklevoss said. “And if it’s not, we’d rather live with disappointment than regret.”

They have collected an additional $350 million or so of other virtual currencies, most of it in the Bitcoin alternative called Ethereum. The brothers are also majority owners of the virtual currency exchange they founded, Gemini, which most likely takes their joint holdings to a value well over $2 billion, or enough to make each of them a billionaire.

They have sold almost none of their original holdings. While they both have apartments in downtown Manhattan, they say they live relatively spartan lives with few luxuries. Cameron drives an old S.U.V.; Tyler doesn’t have a car at all.

The Winklevoss twins’ financial rise began during their settlement with Mr. Zuckerberg in 2008. Their lawyers urged them to take the $45 million (after lawyers’ fees) in cash. But they wanted to be paid in shares of Facebook.

“The lawyers thought we were crazy,” Cameron Winklevoss said last week. “We thought they were crazy for taking cash.”

By the time Facebook went public in 2012, their stock was worth around $300 million, their rowing careers were over, and they were looking for something new.

When they began buying Bitcoin in late 2012, the price of an individual coin was below $10. Few people in Silicon Valley or on Wall Street had publicly expressed interest in the virtual currency.

Over a few months, the brothers bought 1 percent of all the outstanding Bitcoin at the time — some 120,000 tokens. As they did, the price soared, making their Bitcoin portfolio worth around $11 million by the time they went public with it in April 2013.

Their buying spree was mocked at the time, and a few of their early decisions fueled that derision. They also invested in Bitinstant, one of the first companies to trade Bitcoins online. Bitinstant’s executives, in fact, had tutored the brothers in the basics of Bitcoin.

The chief executive of Bitinstant, Charlie Shrem, was arrested in 2014, accused of helping to supply Bitcoins to users of online drug markets. Mr. Shrem pleaded guilty to lesser charges and was sentenced to a year in jail. The Winklevosses were never implicated in the wrongdoing, which happened before they became investors.

While that drama was unfolding, the twins applied to create the first Bitcoin exchange traded fund, or E.T.F., an investment product that would hold Bitcoins but be traded on stock exchanges. That brought more criticism from people who wondered why someone would buy a fund rather than Bitcoin itself. In March, regulators rejected the application.

On top of all that, until last year the price of Bitcoin was sliding and the virtual currency concept was looking wobbly. But the Winklevosses, who once bet that years of punishing rowing practices would take them to the Olympics, held their ground.

“We are very comfortable in very high-risk environments with absolutely no guarantee of success,” Tyler Winklevoss said. “I don’t mean existing in that environment for days, weeks or months. I mean year after year.”

They sold some of their tokens to pay for Gemini, a name that means twins in Latin. Like the Bitcoin E.T.F., their investment in Gemini was driven by their experience with the difficulty of buying and securely storing Bitcoin.

Every Bitcoin sits in an address that can be accessed only with the corresponding password, or private key. The problem with this system is that anyone who gets hold of a private key can easily take the Bitcoin. And unlike money taken from a bank account, stolen Bitcoin are essentially impossible to retrieve. A number of virtual currency exchanges and wallets have collectively lost billions of dollars’ worth of Bitcoin to thieves.

The Winklevosses came up with an elaborate system to store and secure their own private keys. They cut up printouts of their private keys into pieces and then distributed them in envelopes to safe deposit boxes around the country, so if one envelope were stolen the thief would not have the entire key.

With Gemini, they have created a high-tech version of this process to hold customer money. Getting into the company’s wallets requires multiple signatures from cryptographically sealed devices that were never linked to the internet.

Gemini got a license from New York State regulators that allows them to hold Bitcoins for regulated banks and asset managers — something essentially no other virtual currency companies can do. That has turned Gemini into one of the most trusted destinations for sophisticated investors.

“Gemini is an underappreciated exchange, one of the few exchanges I trust as a custodian,” said Ari Paul, a managing partner at the virtual currency hedge fund BlockTower Capital.

This doesn’t mean Gemini or the Winklevosses have ironed out all the kinks. Like many other exchanges, Gemini has struggled to stay online in the deluge of new customers in recent weeks.

These growing pains are part of the reason the brothers say they are holding on to their Bitcoin. They believe virtual currencies are still a long way from real mainstream adoption.

They said they might look at selling when the value of all the Bitcoin in circulation approaches the value of all gold in the world — some $7 trillion or $8 trillion compared with the $310 billion value of all Bitcoin on Tuesday — given that they think Bitcoin is set to replace gold as a rare commodity. But then Tyler Winklevoss questioned even that, pointing out the ways that he believes Bitcoin is better than gold.

“In a funny way, I’m not sure we’d even sell there,” he said. “Bitcoin is more than gold — it’s a programmable store of money. It may continue to innovate.”